A Wake-up Call For The SEC

Editor: Please describe the DC Circuit's decision to vacate SEC Rule 14a-11, the Proxy Access Rule. What are some of its critical elements?

Menges:Commonly known as the Proxy Access Rule, 14a-11 was adopted by the SEC after authorization by the Congress in the Dodd-Frank bill to facilitate greater shareholder participation in the way members of a corporation's board of directors are elected. The SEC was concerned that under state corporate law the current proxy system hinders individual shareholders rights to nominate and elect directors. As we all know, directors are elected pursuant to the laws of the state of incorporation. Public companies have to comply with federal proxy requirements, but the legal regime is primarily state law. The Proxy Access Rule was a major insertion of federal law into what had been a state law domain.

The Proxy Access Rule focused on permitting individual shareholders, or a group of shareholders who identified themselves as such, who had held at least three percent of the voting power of a company stock for a period of at least three years, to nominate one director to the board. The SEC stated that the potential benefits of improved corporate performance and increases in shareholder value outweighed the potential costs associated with the implementation of the Rule.

After official adoption in 2010 the Rule was immediately challenged by the Business Roundtable and the U.S. Chamber of Commerce, who filed suit in the DC Circuit court to overturn the Rule. In a blistering decision written by Justice Ginsburg, the DC Circuit vacated the Rule, holding it was "arbitrary and capricious." Those words, arbitrary and capricious (besides being strongly negative words), are actually terms of art under the Administrative Procedures Act, which permits the DC Circuit to set aside federal agency action that is considered arbitrary, capricious,an abuse of discretion, or otherwise not in accordance with law. In looking at all of the elements of the Proxy Access Rule, the court said over and over again that the SEC had failed to demonstrate the benefits, had discounted the costs, had neglected to support various predictive judgments, and had not demonstrated sufficient empirical data or support for the supposed benefits of proxy access.

It is rare to find an opinion where a government agency is so thoroughly taken to the woodshed. The court in the opinion said such things as the SEC "contradicted itself,"that it "once again fails,"and that the SEC's belief was "mere speculationits reasoning was illogicaland in an economic analysis unacceptable." My favorite citation from the opinion is that one particular SEC rationale was an "unutterably mindless reason for applying the Rule." It was a withering critique on the Proxy Access Rule and the SEC's process.

Editor: Has the SEC responded in any way?

Menges: The SEC has been quiet because it has some very difficult choices as to how to proceed. The SEC can appeal it back to the court and ask for a rehearing or an en banc hearing or go to the Supreme Court, but the number of specific criticisms would require an extensive response. Filing a simple appeal, i.e., that the court got it wrong, is pretty unlikely because the critique was so detailed.

Editor: Do you think the SEC will redraft the provision?

Menges: The SEC could go back to the drawing board and attempt to address the court's criticisms by modifying the Rule and/or finding empirical data that justifies the Rule in conformity with the court's dictum. What a number of commentators are expecting is that the SEC may choose instead to focus on another rule that is on the books but has been stayed pending the decision on 14a-11, and that rule is 14a-8, an SEC rule that permits any shareholder to submit a proposal if it has held at least of2,000 shares or one percent in market value of a company's stock for at least one year. One of the permitted resolutions that a shareholder could submit under 14a-8 would be its own version of proxy access: if company ABC had a shareholder who owned at least 2,000 shares of stock for one year, that shareholder could propose to the ABC board its own version of a proxy access rule. It could contain anything - different percentage and time requirements for continuous ownership, different numbers of directors, etc. These proposals would be on a company-by-company basis, allowing shareholders to come up with their own proxy access systems.

However, like the Proxy Access Rule, 14a-8 could be similarly challenged as not having been based on sufficient empirical data. Perhaps the SEC should go back to the drawing board and develop empirical data to support 14a-8. That, too, is a tough call in terms of what is more likely to survive a court challenge.I'm not convinced there is a lot of empirical data available on so-called private ordering, which is another way to describe the company-by-company determination of proxy access rules that 14a-8 could spawn.

Editor: Are there other provisions of Dodd-Frank that the SEC will be implementing that might also be challenged?

Menges: It's hard to predict if the scathing indictment of the SEC's approach in the proxy access opinion will be applied if and when other Dodd-Frank-inspired rules are promulgated. Anyone would have to take from this opinion that there was an extraordinary reliance by the courts on the lack of empirical datareal academic studies supporting the SEC's position. It's interesting that the court chose to do this in connection with proxy access since there is not a wealth of empirical data relating to proxy access. The idea of giving certain shareholders the right to directly nominate directors is relatively new. The data is almost exclusively generated in the form of wordy, dry academic studies. To the credit of the Business Roundtable and the U.S. Chamber of Commerce, they did submit several studies which were referred to favorably by the court. However, when the SEC cited a couple of studies, the court dismissed these studies by saying that the SEC had relied "exclusively and heavily" on two relatively unpersuasive studies, not elaborating on why they were so unpersuasive. The court instead cited favorably studies with contrary conclusions. So one lesson to take away regarding future challenges is whether the SEC in proposing the Rule for comment and finally adopting the Rule demonstrates upfront that it has empirical data.

Editor: In the decision, the court placed significant weight on the lack of adequate SEC justification for its positions on controversial matters (such as influence of labor unions and state pension plans).

Editor: With respect to appeals of other rules to the DC Circuit in the future, were principles established in this decision that will be helpful to petitioners seeking to have the DC Circuit vacate other rules?

Menges: There were two principles that would be useful to people seeking to have a successful challenge. One is to push hard on this empirical data point. The SEC has its own fairly unique requirement under another federal statute in that it must consider the impact of what they do on efficiency, competition and capital formation, so if you wish to challenge a future SEC rule, you can use the lack of empirical data to both challenge the specific points of the proposed rule and whether the rule has a negative impact on efficiency, competition and capital formation.

The second item to note is the court's very favorable citation of various amici curiae briefs that were submitted by other industry and interested persons. It seems clear that having the right blue-chip organizations submitting briefs in support of the challenge can be recognized and relied upon by the court.

Editor: Given that the decision necessitates a delay in the final Rules in regard to the proxy access provision, in practical terms, how will the decision affect the next proxy season?

Menges:It seems virtually certain that under no scenario will 14a-11 be enforced for the 2012 proxy season. The pace that courts typically move and the pace that the SEC may choose to move in connection with its strategy seems to indicate that 14a-11 will not be in force for the proxy season next year. However, companies and investors should keep an eye on what the SEC might do with 14a-8, because on any given day there could be a move to lift the stay, and then it would depend on whether there would be litigation that would seek to challenge that rule.

Editor: Is there a unified front pushing for 14a-8's adoption, such as the unions?

Menges: There is not a unified effort - there are overlapping groups of interested parties. There are large numbers of business voices speaking in favor of "private ordering," which is the individualized approach to proxy access as well as other aspects of public governance. That's not the same as saying there's a large number of business voices pushing for the same type of private ordering. They're essentially saying, we'll let each company's shareholder base determine what the appropriate proxy access procedure might be.

Editor: Does the SEC have the staff to find the empirical data? How well is it funded?

Menges: The SEC is lawyer-heavy and economist-light in the eyes of some commentators. What the court was emphasizing was the need for an economic and statistical analysis supporting the Proxy Access Rule rather than the legal analysis. The SEC would have to go into the academic arena looking for studies by corporate governance think-tanks, such as Harvard Law School or the University of Texas at Dallas Institute for Excellence in Corporate Governance. These institutions and others generate a variety of studies, but by definition the studies are limited.

In addition, not only has the SEC's budget been threatened with being cut, but the House in particular has not been shy about threatening specific holdbacks of funding in the attempt to influence the SEC's rulemaking approach.

Editor: What should be the role of the corporate community in communicating its concerns about future rulemaking by administrative agencies implementing Dodd-Frank?

Menges: The 14a-11 process and court decision demonstrate the great value in corporate constituencies presenting comments, either questioning, challenging or seeking to modify proposed rules or portions of those rules. They also show the value in paying attention to litigation that challenges proposed rules - in this case, the Proxy Access Rule - and considering whether to join in on one side or the other with an amicus brief.

In closing, I'd say that if these requirements cited by the court for clear empirical data are to be applied to every SEC rule under Dodd-Frank, they become a mighty mountain to climb, because the court is requiring empirical data for what are essentially policy issues. The core purpose of Proxy Access Rules was to try to ensure that the proxy process functions as nearly as possible as a replacement for an actual in-person meeting of shareholders. It was designed to make it easier for shareholders to nominate without having to go to the meeting. The development of this proposal resulted in the Rule's capturing only three percent of shareholders who held the stock for three years, in contrast to the stated goalof improving or broadening the ability of shareholders to nominate directors. The empirical evidence for improving board performance, let alone a company's financial performance, has to be speculative at best. One could question whether the court's requirements could ever be met when applied to new policies. 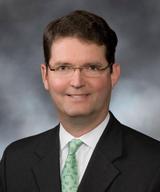