In a recent briefing from Clifford Chance, a look is taken at newly proposed SEC amendments to update the Advertising Rule more than fifty years after the introduction of the Investment Advisers Act of 1940. The modernized revamp seeks to make it relevant to a 21st century industry.

On the day the US Securities and Exchange Commission (the “SEC”) adopted Rule 206(4)-1 (the “Advertising Rule”) under the Investment Advisers Act of 1940, as amended (the “Advisers Act”), President John F. Kennedy arrived in New York City to support the flagging reelection campaign of Mayor Robert F. Wagner Jr., the Pentagon urged a resumption of atmospheric nuclear testing by the United States following the Soviet Union’s detonation of the 50 megaton “Tsar Bomba” two days earlier, and state and local officials across the American South openly defied a Federal order to end racial segregation of US interstate bus and rail facilities.

A lot has changed in the last 58 years, not the least of which are investor expectations, market practice and communications technology in the investment advisory sector. On Nov. 4, 2019, the SEC proposed amendments (the “Proposed Amendments”) that would comprehensively modernize the Advertising Rule and make it relevant to a 21st-century industry replete with private funds, institutional clients and investors, websites, social media and robo-advisers.

Together with the Advertising Rule proposal, the SEC also proposed amendments to Rule 206(4)-3 under the Advisers Act, the Cash Solicitation Rule.

• The Proposed Amendments are intended to provide a “principlesbased” approach. In its proposing release, the SEC stated that “[t]he proposed rule would replace the current rule’s broadly drawn limitations with principles-based provisions” and would impose “general prohibitions of certain advertising practices, as well as more tailored restrictions and requirements that are reasonably designed to prevent fraud with respect to certain specific types of advertisements.” By “articulating a disclosure concept” in lieu of specific requirements and prohibitions, the Proposed Amendments aim “to accommodate the continual evolution and interplay of technology and advice.”

• The Advertising Rule would continue to apply to registered investment advisers only, and not exempt reporting advisers. Despite the SEC’s recent tendency to make new rules adopted pursuant to Section 206(4) of the Advisers Act (such as Rule 206(4)-5, the “pay-toplay” rule) applicable to both registered investment advisers and advisers relying on an exemption from registration, the amended Advertising Rule would continue to apply only to registered investment advisers. Exempt reporting advisers, including US and non-US fund managers relying on the “private fund adviser exemption,” while not bound to comply with the specific requirements of the Advertising Rule, would remain subject to the Advisers Act’s general anti-fraud provisions (including Rule 206(4)-8 with respect to pooled investment vehicles). Moreover, we would note that exempt reporting advisers should also consider any changes in general market practice and investor expectations that result from adoption of the Proposed Amendments.

• As amended, the Advertising Rule would distinguish between “retail” and “non-retail” clients and investors. The amended Advertising Rule would, for the first time, draw a distinction between clients and investors that are “qualified purchasers” for purposes of Section 3(c)(7) of the 1940 Act or “knowledgeable employees” as defined in Rule 3c-5 under the 1940 Act (“Non-Retail Persons”) and all other clients and investors (“Retail Persons”). In the limited circumstances in which the Proposed Amendments apply the Non-Retail/Retail distinction – all involving the communication of performance results (discussed below) – the requirements for advertisements distributed only to Non-Retail Persons are substantially less prescriptive.

As amended, the Advertising Rule would still provide that an advertisement may not include any untrue statement of a material fact, or omit to state a material fact necessary in order to make the statement made, in the light of the circumstances under which it was made, not misleading. The Proposed Amendments list a number of additional general prohibitions – the “principles” on which the amended Advertising Rule would be based – under which an advertisement may not:

• include a material claim or statement that is unsubstantiated;

• discuss or imply any potential benefits to clients or investors connected with or resulting from the investment adviser’s services or methods of operation without clearly and prominently discussing any associated material risks or other limitations associated with the potential benefits;

• include or exclude performance results, or present performance time periods, in a manner that is not fair and balanced; or

In its proposing release, the SEC discusses – and, where noted below, the Proposed Amendments include – “more tailored restrictions and requirements” intended to give effect to the above principles requiring references to specific investment advice and the presentation of performance results to be “fair and balanced.”

• Track records portability. Regarding the circumstances under which an investment adviser may advertise the performance results of Related Portfolios that were advised by the adviser when it was part of, or by the adviser’s investment personnel when they were employed by, another firm (the “Predecessor”), the Proposed Amendments appear to rely more fully on a principles-based approach. The SEC’s proposing release confirms that a Predecessor’s performance results must comply with the “more tailored restrictions and requirements” applicable to Related Portfolios generally (such as with respect to cherry-picking and the use of extracted performance). However, with respect to the specific issues concerning the “portability” of a Predecessor’s track record – e.g., whether investment personnel “primarily responsible” for the Predecessor’s performance will be primarily responsible for the advisory services offered or promoted in the advertisement, or whether a “substantial identity of personnel” exists between the investment committee at the Predecessor and the investment committee at the advertising adviser – the proposing release is notably less definitive.

On the one hand, the SEC appears to suggest that the relevant SEC staff (“Staff”) guidance, including the Great Lakes (1992) and Horizon (1996) no-action letters, continues to be valid and, in fact, none of the Staff guidance relating to track record portability is included in the proposing release’s list of no-action letters being reviewed for possible withdrawal. The SEC also seems to suggest, on the other hand, that disclosure of all material facts may be enough to cure an otherwise misleading presentation of a Predecessor’s performance results, contrary to the Staff’s apparent position in Great Lakes and Horizon that Predecessor performance, without the appropriate continuity of investment personnel, is misleading per se. Indeed, the proposing release specifically requests comment on whether the Proposed Amendments should be modified to condition the use of Predecessor performance on compliance with the “primarily responsible” and “substantial identity of personnel” standards – an indication that track record portability is, at least for the time being, a matter of principles.

Apparently, one of the principles in the SEC’s principles-based approach to the Advertising Rule is that more compliance paperwork is a good thing.

• Review and approval by a designated employee. As amended, the Advertising Rule would prohibit an investment adviser from distributing an advertisement unless a “designated employee” has previously reviewed and approved the advertisement as consistent with the requirements of the Advertising Rule. The only advertisements that are exempt from the review and approval requirement are (i) communications disseminated only to a single person or household or a single investor in a pooled investment vehicle and (ii) live oral communications that are deemed “advertisements” because they are broadcast on radio or television, over the internet or by way of social media.

PROPOSED AMENDMENTS TO FORM ADV AND THE BOOKS AND RECORDS RULE

The Proposed Amendments include substantial revisions to Item 5 of Part 1A of Form ADV, which are designed to capture information on an investment adviser’s advertising activities. The new questions ask whether all performance results were verified or reviewed by a non-related person, whether any advertisements contain testimonials, endorsements or third-party ratings (and, if so, if the adviser provided any compensation for any testimonials, endorsements or third-party ratings), and whether any advertisement contained any references to specific investment advice provided by the adviser.

The SEC is proposing a one-year transition period beginning on the effective date of the Proposed Amendments as adopted. Advisers would be permitted to rely on the amended Advertising Rule as soon as they are able to comply with its conditions, but would not be required to do so until the end of the transition period.

The SEC has published a list of Staff no-action letters that are being reviewed for possible withdrawal in connection with the adoption of the Proposed Amendments. 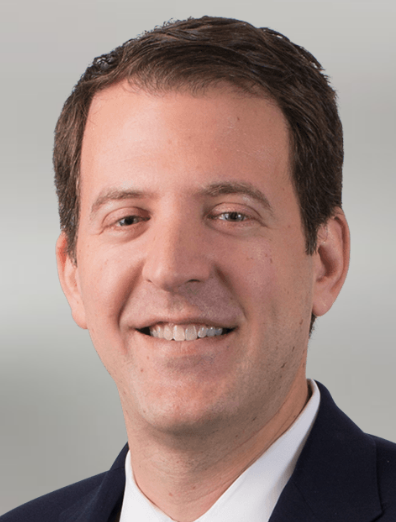 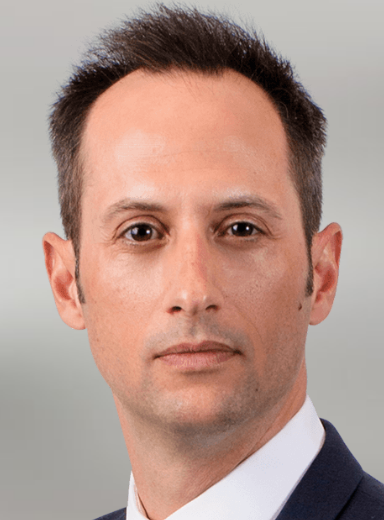 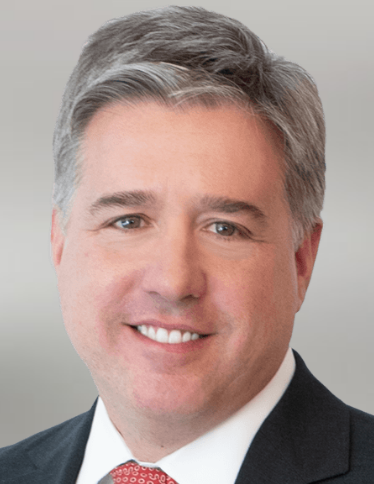 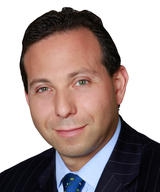 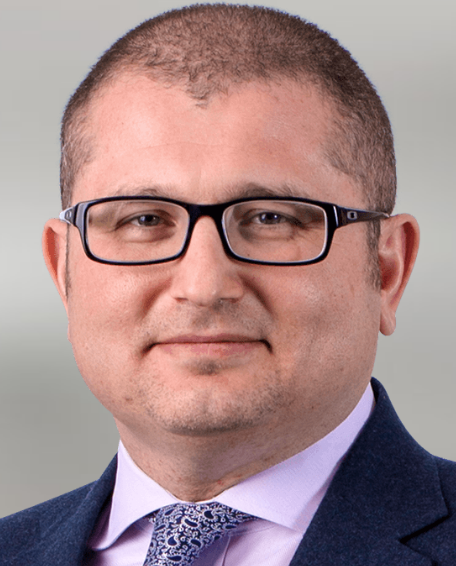 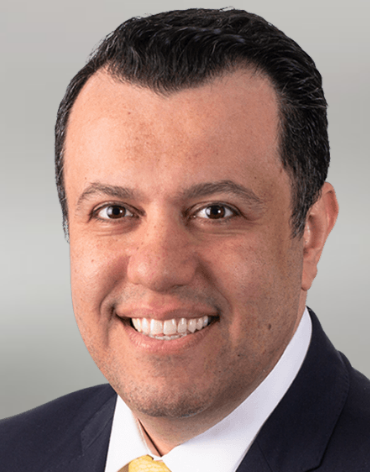