The Ever-Changing Legal Landscape of Boston

Editor: Please tell our readers about your background and experience.

Brewster: I grew up in Plymouth, Massachusetts and attended Northeastern University, studying criminal justice and taking advantage of Northeastern’s cooperative education program, which allowed me to have an assignment with the Justice Department. This experience peaked my interest in going to law school, leading to my admission to Harvard Law School, from which I graduated in 1982. As a summer associate I clerked at a number of firms, Skadden, Arps, Slate, Meagher & Flom LLP in Boston being one. I started my full-time career with Skadden Arps in 1982. Today Skadden is a brand name, but when I entered the firm, it was very much an upstart, the Boston office being its only office outside of New York. I had a terrific career there from ’82 to ’08. Early on I spent much of my time in Skadden’s New York office working on large public company takeovers, but over time and particularly after I made partner in 1990, I focused more on the Boston market and built a middle-market private and public company M&A practice covering most of the industries in the region. I left Skadden in ’08 for a combination of professional and personal reasons and came on board at Jones Day’s recently opened Boston office in the fourth quarter of 2011, after seeing my wife through her passing from cancer in 2010 and my youngest child off to college last year.

Editor: Please discuss the broad changes in the market for legal services in Boston during your 30-year practice.

Brewster: The passing of Boston's former mayor Kevin White last week - with the many retrospectives on his impact on Boston - brought to mind how extraordinarily different Boston is in 2012 from what it was when Mayor White was in office from 1968 to 1984. When I started my practice, there were many large public companies, all the banks were independent, and the city was quite provincial in thought and practice. The landscape is very different now. Our banks have international operations, and most have headquarters outside the region. The healthcare and the life sciences industries, while clearly a part of the economy when I was cutting my teeth here as a lawyer, now loom an order of magnitude larger regionally and internationally. Particularly in the life sciences area, the biotechnology industry did not exist in the early ’80s in any meaningful way.

Today the life sciences and healthcare businesses are very significant consumers of legal services. If you look at the technology industry, which has always been a big driver here, there were a number of large hardware vendors such as Wang Laboratories and Digital Equipment when I started my practice. Today software, information technology and telecommunications are the key sectors of our high-tech industry and significant consumers of legal services. Thinking about how Boston has changed with respect to key consumers of legal services, the private equity and venture capital firms would have to be at or near the top of the increased consumption rankings. Many of the “brand-name" PE and VC players here now were just getting started when I began practicing. And the city itself is very different – it is much less provincial, businesses are much more international in nature, and people move in and out. For years there was a handful of executives from the largest firms based here who governed the city as a “shadow city hall,” if you will. Nothing remotely like that exists today. From a commercial point of view, Boston is a different place, now very much part of the domestic and international economy and not a city standing in isolation.

Editor: What about the insurance industry?

Brewster: What’s interesting about it is in Massachusetts we now have 13 of the most recent Fortune 500 companies, and the two biggest ones based here are Liberty Mutual and Mass Mutual, respectively numbers 82 and 101 on the 2011 Fortune 500 list. They play a significant role in the economy. While not a significant part of my practice, their businesses and geographic footprints today bear little resemblance to the way they were in the 1980s.

Editor: How have law firms responded to these changes?

Brewster: I have an interesting perspective because Skadden was one of the first New York-based firms to come into the Boston market. Skadden opened its office here in 1973 as an accommodation to a lateral hire and not as part of a geographic expansion strategy. But over time, as they and other firms began to think strategically about practice and geographic expansion, other firms based elsewhere entered the Boston market – the underlying thinking being that businesses based here and elsewhere could be better served by law firms with a multi-jurisdictional and multidisciplinary footprint. Today the Boston firms have come to similar conclusions, but they are certainly engaged in a game of catch-up. So the firms are bigger, and they’re more diversified. Unfortunately a number of really good firms here didn’t survive the transition.

Brewster: My decision to return to work is as good an indicator of the benefits I saw in Jones Day as anything. These days, in order to represent anybody effectively and in a merger and acquisition transaction in particular, or to represent most clients generally, you need to have an array of disciplines available to you, and you need boots on the ground in most of the key commercial centers. One of the most compelling things for me when Jones Day approached me about joining the firm in early 2011 was the breadth and depth of the firm’s footprint and its culture, which rewards collaboration across practices and offices – “one firm worldwide,” if you will. All of this makes for a better result for the client, and client satisfaction is paramount at Jones Day. Recently I was making a presentation to a prospective client whose intellectual-property-centric business operates in over 30 countries. As part of our presentation material, I showed a snapshot of a map of the world with numbers and locations of where we have intellectual property lawyers. No one in Boston has this kind of reach in the IP space.

Editor: I gather your compensation practice is a little different from that of other firms; people are not automatically compensated for bringing in new clients.

Brewster: The thing that is clearly different about the compensation structure at Jones Day is that there is no transparency across the platform; that is, partners don’t know what their peers are making, and that is a wonderful thing in the sense that there is not the potential that people feel slighted because of how they’re being treated vis-à-vis their colleagues. This contributes to an environment where the focus is on serving the firm’s clients and supporting the firm overall as opposed to competing with each other on origination credit and billable hours.

Editor: Please talk about the firm’s M&A practice in Boston.

Brewster: We have a terrific foundation. In addition to me, we have Bruce Raphael, who, like me, works across industries but has much more experience in the insurance and banking space than I do. Plus, from Jones Day’s healthcare practice group we have Travis Jackson, who has significant experience with mergers and acquisitions involving hospitals and structuring joint venture relationships among healthcare providers. Jones Day has a vibrant private equity practice both within the U.S. and abroad, and part of our mandate is to bring those resources to bear on this market. Jones Day prices its services to local market conditions, not to “main office” market conditions, as many international firms with offices in Boston do. In addition, we have wonderfully talented lawyers throughout our U.S. offices who are billing at rates consistent with their local markets, whom we can involve in our M&A work here in many cases at significantly less than what our Boston-based competitors are charging.

Editor: As the economic recovery remains slow, are there companies that are still vulnerable to hostile takeovers?

Brewster: When I first started practicing, the conventional wisdom was that you would never see a hostile takeover in the tech space because the principal assets of tech firms – i.e., the employees in general and the engineers in particular – walked out the door every night, and you couldn’t do a deal without assuring that those assets would still be there after the deal closed. Well, that conventional wisdom was shattered time and time again, including in this market in late 1987 when Prime Computer launched a hostile takeover of Computervision, in which I represented Computervision. So I learned long ago to never say never, but as I see it, most folks doing deals these days want to be more deliberate in their diligence – business, financial and legal – than is generally permitted in a hostile deal, and if conventional financing is involved, they have to be more deliberate, whatever their druthers might be, because you cannot borrow money without this sort of diligence. In addition, while they do not preclude hostile deals, poison pills and state anti-takeover statutes do influence acquisition strategy.

Brewster: I am a little short on social media skills, so I am not the best person to address this. But we know from experience that the Internet space is evolving at a rate exponentially faster than most other, if not all other, spaces, and that staying on top for an extended period of time is very difficult. In the late ’90s and early 2000s I saw this up close when I represented CMGI and some of its offspring – while all the rage for a while, the initial market valuations for these companies and many others like them had a very short shelf-life. Others are better positioned to comment on how much, if any, of what we learned from the last tech bubble applies to the current crop of Internet IPOs. 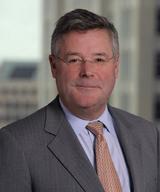 U.S. Efforts to Advance the Development and Use of AI

Lamar Smith, a former U.S. Congressman, and Hans Rickhoff, both of Akin Gump, describe how new initiatives designed by the U.S. government will help advance the development and deployment of artificial intelligence.

SEE ALL ARTICLES ON U.S.