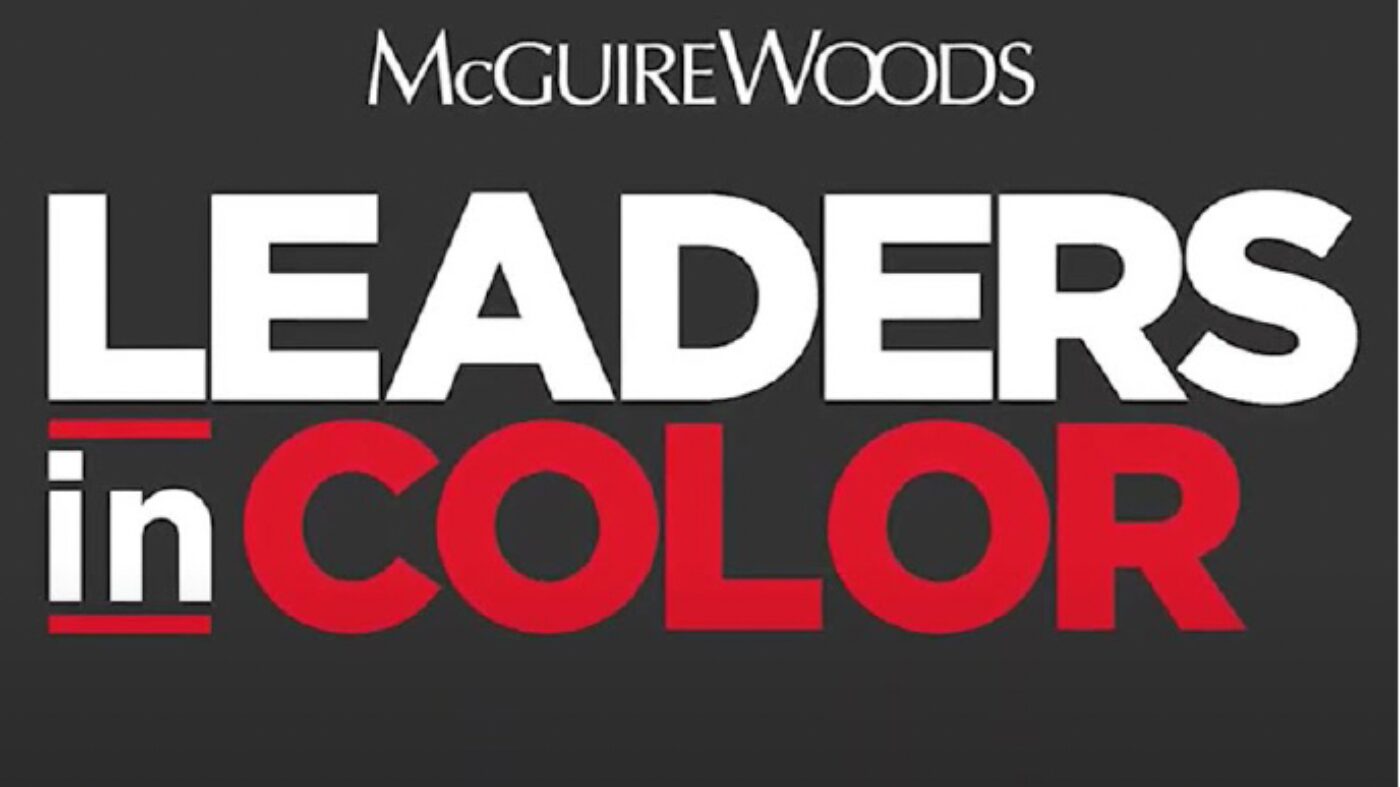 Three prominent civil rights champions joined McGuireWoods chairman Jonathan Harmon for a wide-ranging conversation on racial and social justice issues to mark the first anniversary of the firm’s acclaimed Leaders in Color discussion series. The July 15, 2021, event was held in the firm’s Washington, D.C., office before an audience of 60 people and hundreds more who watched on a live webcast.

The panelists were Wade Henderson, noted civil rights lawyer and interim president of the Leadership Conference and Civil and Human Rights; Dr. Ronald Crutcher, president of the University of Richmond and author of “I Had No Idea You Were Black: Navigating Race on the Road to Leadership”; and Joan Trumpauer Mulholland, an activist who was confined for two months in a maximum security Mississippi prison for participating in the historic Freedom Rides.

The panelists shared personal experiences that shaped their views on racial justice and discussed voting rights, education and other challenges confronting the country in its pursuit of equality. They also offered advice for younger members of the audience, including McGuireWoods summer associates, on how to be effective and inclusive leaders.

Mulholland said she first encountered the cruelty of racial injustice as a child while visiting family in segregated Georgia, where she saw the conditions in a dilapidated school for Black students.

“I knew this was not fair,” she said. “This was not treating people the way we wanted to be treated like they taught us in Sunday school.” She decided then that if she had an opportunity to advance racial equality in the South, she would “seize the moment.” She was arrested along with other Freedom Riders in Jackson, Mississippi, in 1961 and jailed in Parchman Penitentiary. She appeared at the Leaders in Color event wearing a T-shirt displaying an image of her police mugshot and the words, “This Is My Government Issued ID.” 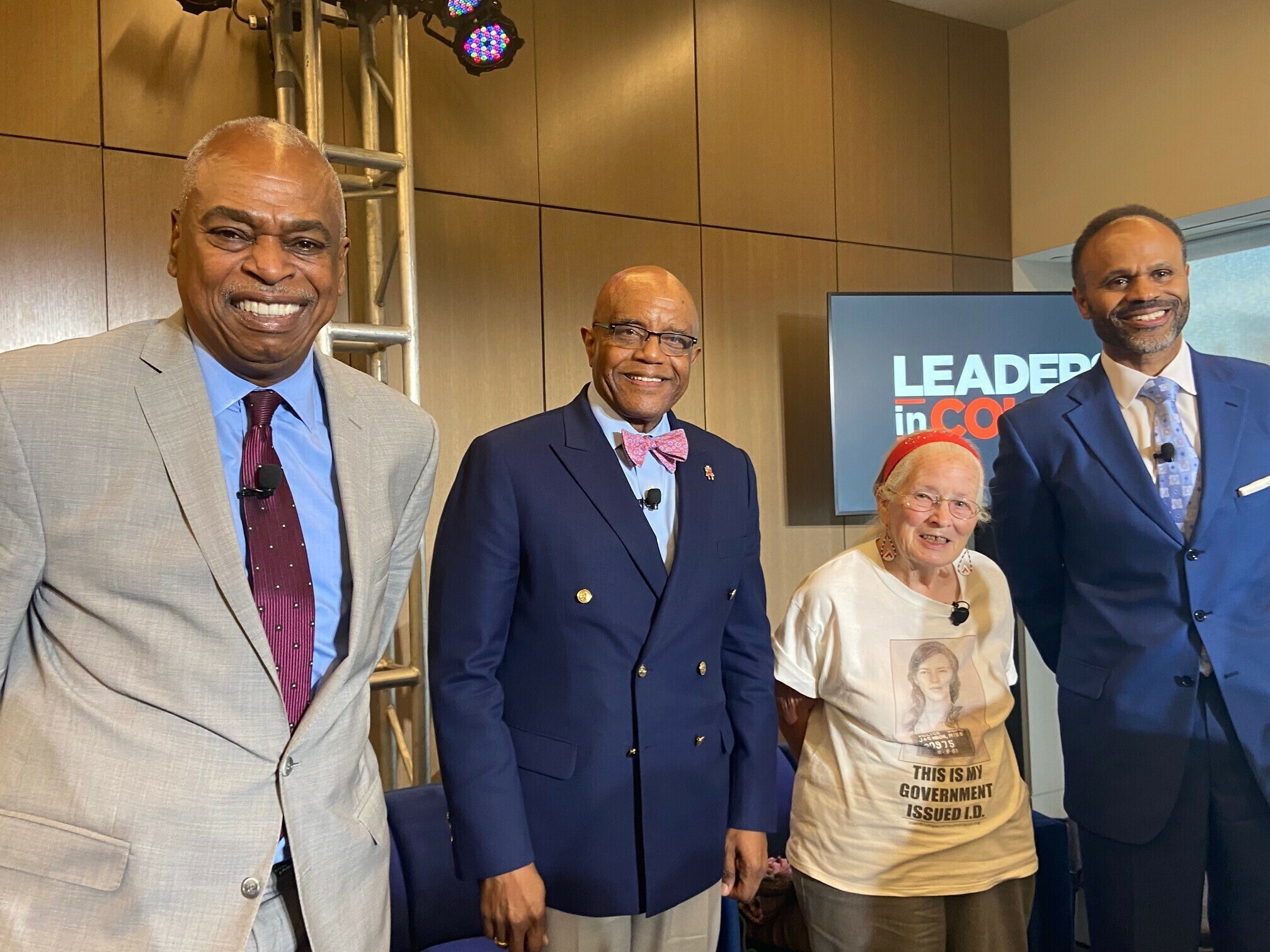 Henderson discussed the challenge of protecting voting rights at a time when numerous states are adopting election reforms that would limit early and mail-in voting, among other changes.

“The business community is supporting voting rights for the country because it recognizes that democracy is an issue,” Henderson said. “I think this conversation takes place against the backdrop of dramatic changes taking place in our country.”

Crutcher, a national leader in higher education and distinguished classical musician, said “active listening” can help break down racial and cultural barriers and ease polarization. It is a practice he developed as a young cellist in a chamber orchestra and carried with him to academia.

“When you sit down with someone who has a different perspective than you to have a conversation, the goal is not necessarily to change their mind or vice versa,” he said. “The goal is to listen actively so you can have a better understanding, a deeper understanding of why that person holds their views.”

McGuireWoods launched the Leaders in Color series in July 2020, weeks after the murder of George Floyd led to protests and a renewed conversation about racial and social justice in America. Harmon asked the panelists what advice they would give to aspiring leaders who want to take up the cause they have championed so effectively. “To students who want to bring about change: act together, stay nonviolent and don’t give up,” Mulholland said. “Just keep on keeping on.” 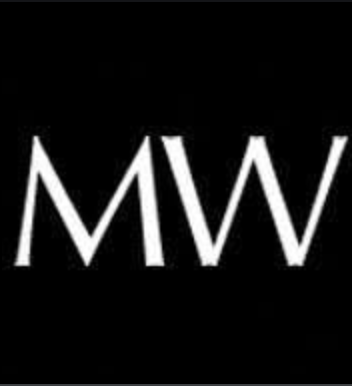 Advancing the rule of law in jurisdictions around the world. ﻿

Before the industrial revolution, the tort of public nuisance was easily understood and reasonably applied. Over the past few decades, new technologies and manufacturing...