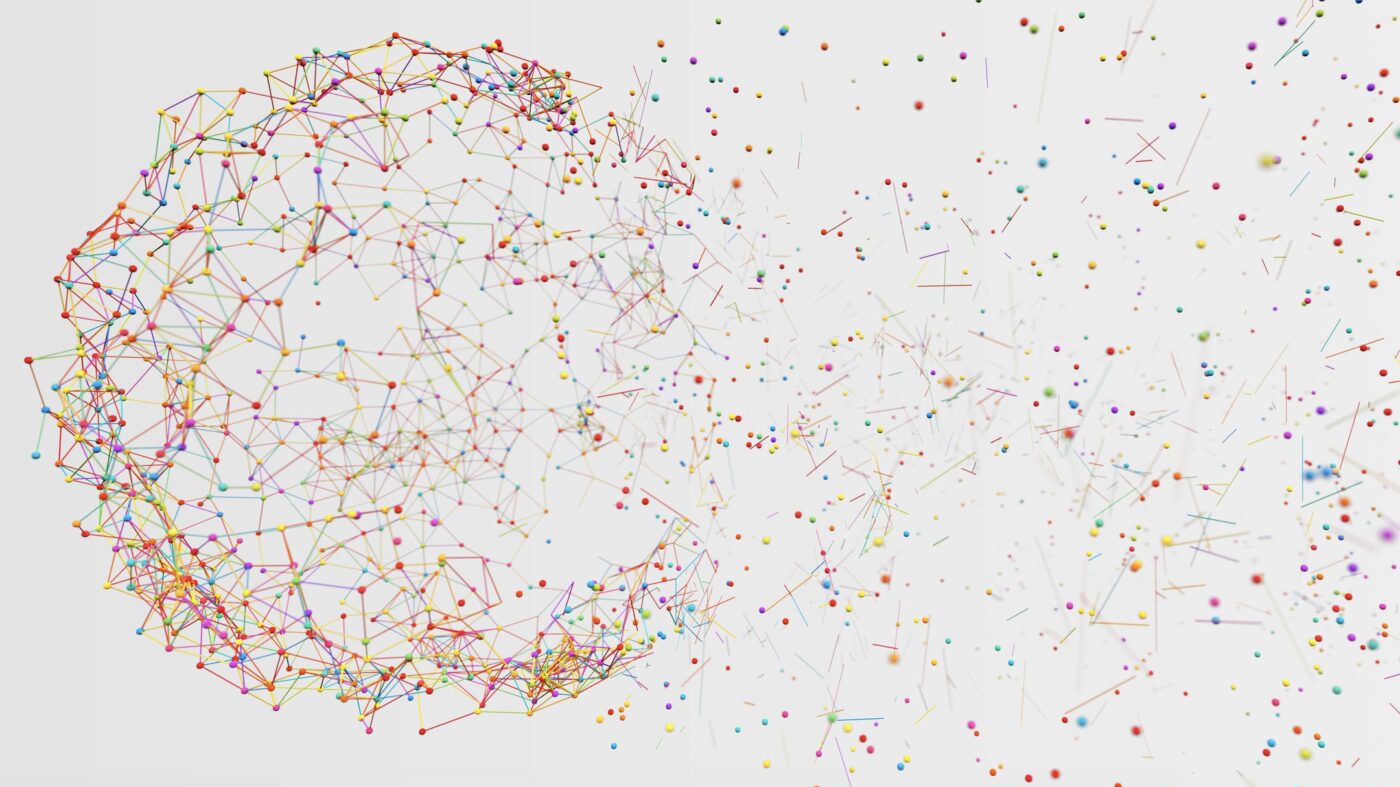 What’s in a Name? ALSPalooza

Former U.S. Supreme Court Justice Potter Stewart, attempting to define his test for obscenity in the 1964 case of Jacobellis v. Ohio, uttered one of the most famous lines in Supreme Court history: “I know it when I see it.” Definitions are also an issue for ALSPs. Way back in October 2020 (seems like “a long time ago in a galaxy far, far away”), the trendy legal PR firm Baretz + Brunelle set out to do a study of captive law firm ALSPs. Immediately, they ran into the “I know it when I see it” wall. “The term alternative legal service provider, much like alternative music, is commonly used but lacking a universal definition,” B&B says. So they decided to provide a definition. Easier said than done.

There’s a general fuzziness around who ALSPs are and what ALSPs do. From there, it gets a little convoluted. B+B trots out a two-step analysis, an 8-factor test, and a series of “not this” and “not that” caveats to group toward a universal definition.

First, ALSPs are not pure tech-based constructs (e.g., self-service offerings). Second, they are not in the bucket of stuff that falls under the larger NewLaw umbrella (e.g., nontraditional pricing or service methods such as AFAs, virtual law firms, LPOs, or contract AI). B+B, which actually cloaks itself in the NewLaw mantle, sums it up: “As we see it, NewLaw encompasses a broad group of entities and innovations of which ALSPs are just a subset.” And that’s just Step 1. Next up is the 8-part multifactor test: Do you rely heavily on technology? Are you focused on process improvement? Is your work informed with data analytics? Do you employ alternative (non-lawyer) staffing? Is your work performed at an offsite service center? Do you maintain a separate P&L? Are your ALSP leaders separate from your law firm’s leaders? Do you use alternative fee arrangements?

Phew! And if that’s not enough, B+B doesn’t consider any of these features “dispositive.” Rather, each one makes it “more likely” your entity is a captive ALSP. Maybe looking at how companies are actually using ALSPs would help. (See charts, next page.) Or maybe we should take a page out of Justice Stewart’s book. Alternative Legal Service Provider? I know it when I see it. 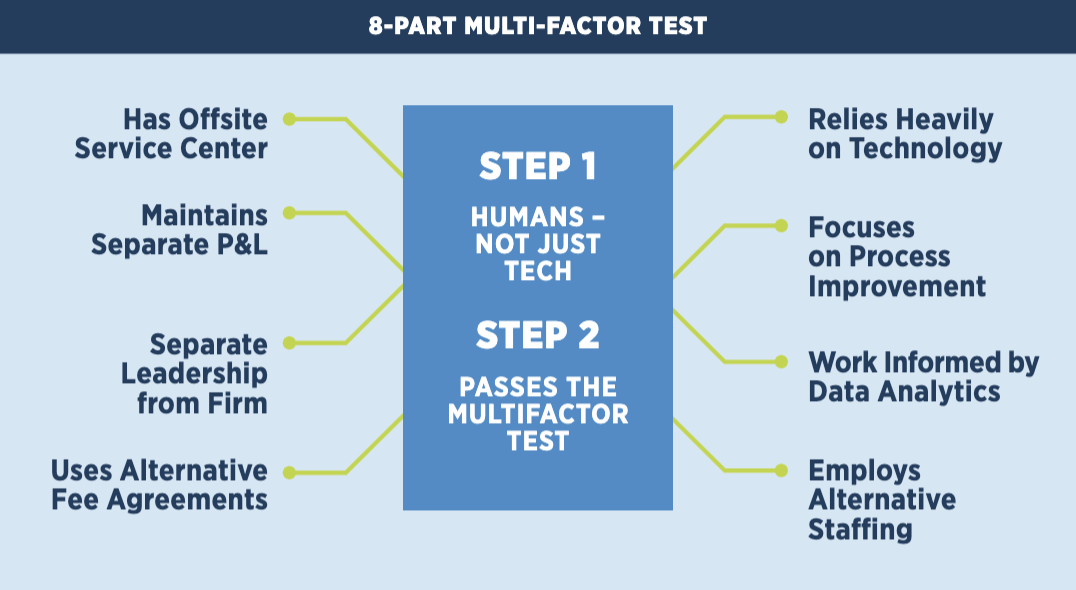 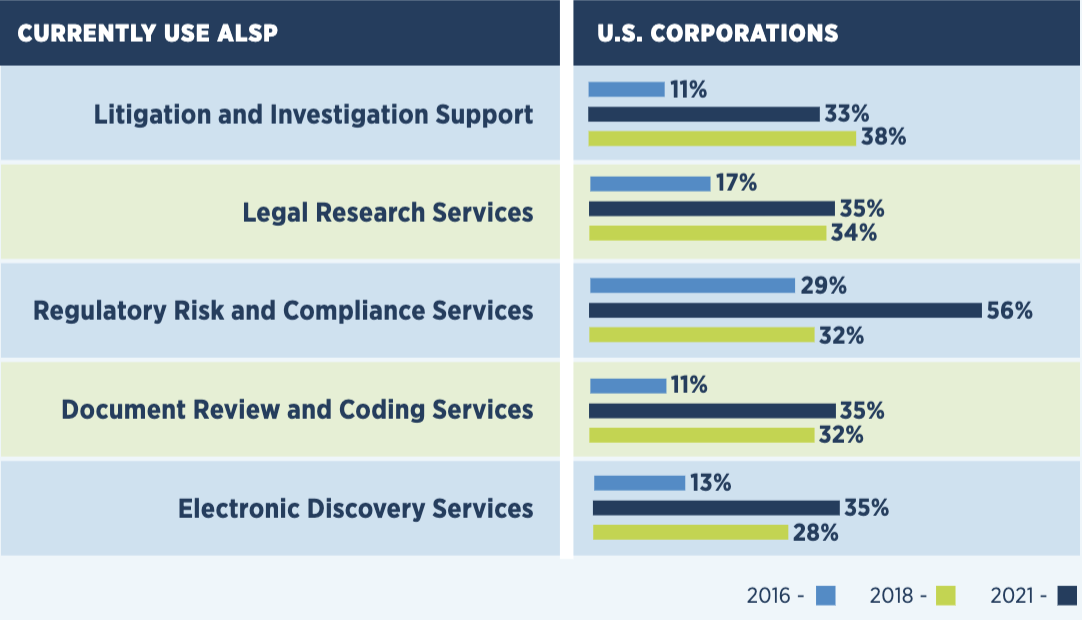