Business continuity planning dominates corporate risk management. Few elements of such a plan are more important and less understood than business interruption insurance. This article discusses the recent $80,000,000 settlement of business interruption claims made by ABM Industries, Inc. ("ABM") against its insurer, Zurich American Insurance Co. ("Zurich") arising from the events of September 11, 2001. The settlement followed a decision by the Second Circuit that reversed much of the trial court's decision in favor of Zurich. Zurich American Insurance Co. v. ABM Industries, Inc., 265 F.Supp.2d 302 (S.D.N.Y. May 29, 2003) aff'd in part, vacated in part and rev'd in part at 397 F.3d 158 (2d Cir. 2005). The courts' analyses addressed many key business interruption insurance concepts, and every company should examine the courts' conclusions in determining whether it has the appropriate coverage.

In the years preceding September 11, 2001, ABM operated and maintained the buildings which comprised the World Trade Center ("WTC"). ABM also had contracts with individual tenants to perform maintenance work within the individually leased spaces. In order to efficiently perform these functions, ABM had office and storage space within the WTC complex and had sole access to janitorial closets and other facilities and equipment on every floor. Thus, ABM was intensely involved in a building that it did not own or lease.

Business interruption insurance is not a single policy or coverage grant, but rather a collection of coverages addressing different types of losses that a company might suffer following a disaster. Because the ABM situation presented such an unusual fact pattern, it implicated all of these coverages.

For any property insurance claim, the insured must have an "insurable interest" in the real or personal property for which it seeks coverage. New York State Insurance Law 3401 defines an insurable interest as "any lawful and substantial economic interest in the safety or preservation of property from loss, destruction or pecuniary damage." Zurich, 397 F.3d at 167-68; N.Y. Ins. Law 3401 (2002). ABM's policy similarly defined this term as the interest of the Insured in all real and personal property including but not limited to property owned, controlled, used, leased or intended for use by the Insured. Zurich, 397 F.3d at 165.

Zurich argued successfully to the trial court that ABM needed to establish the existence of a "legally cognizable interest" in the property. Zurich, 397 F.3d at 167. By so finding, the trial court confined ABM's insurable interest to those locations where ABM actually worked, and not the means through which its work was accomplished. In reversing and granting partial summary judgment in favor of ABM, the Court of Appeals held that the configuration of these areas of the buildings was vital to the work performed by ABM. Further, since these portions of the buildings were the means by which ABM derived its income and were essential to completing its job functions, it "used" the WTC property and therefore had an insurable interest as that term was defined. Zurich, 397 F.3d at 167.

The trial court denied ABM's claims under this policy provision based upon ABM's apparent contention that it was entitled to "coverage by implication." Zurich, 265 F.Supp.2d at 306.

The Court of Appeals concluded that ABM essentially managed and operated the WTC infrastructure as well as the common areas and physical space used by WTC tenants and the public at large. The court found that the tenants of the WTC were the customers of ABM and therefore direct receivers of ABM's services. ABM argued that the inability of these tenants to conduct business with it, resulting from the destruction of their leased spaces, was covered under this contingent business interruption coverage. However, the Court of Appeals found ABM's contingent business interruption coverage to be inapplicable because ABM's customers were tenants in the same building that ABM operated and from which it supplied services to the tenants. Zurich, 397 F.3d at 169-70.

The Period Of Restoration

The District Court determined that ABM could not simply relocate to another building and recommence its operations. Zurich, 2006 WL 1293360 at 4. This conclusion was based upon the fundamental connection ABM had with the premises in which it operated. The court further rejected Zurich's claim that if the WTC tenants that did business with ABM all relocated to buildings not otherwise serviced by ABM, its business would remain interrupted. Instead, the court found that the period of restoration would be the hypothetical period of time required to rebuild the WTC itself since ABM would not be capable of resuming its operations until that time. Id. at 3.

Other Damages Claimed By ABM

ABM also claimed losses pursuant to the "extra expense" and "civil authority" coverages under the policy.

The coverage afforded under this policy provision insured against certain costs incurred from the loss, damage, or destruction of property in which ABM had an insurable interest. Extra expense coverage is intended to reimburse the insured for expenses incurred to keep the business operational after the loss, damage or destruction of the insured's property. Pursuant to this provision, ABM claimed damages including costs resulting from seniority displacements of employees at alternative locations, state unemployment obligations and employee termination costs. Zurich, 397 F.3d at 170. The trial court denied ABM's claims under this coverage based upon a finding that the extra expenses incurred resulted from the destruction of property which was not "owned, controlled, used, leased or intended for use" by ABM. Zurich, 265 F.Supp.2d at 307. On appeal, the Court of Appeals remanded the issue back to the trial court based upon issues of fact, principally, whether the expenses claimed were proximately caused by the WTC's destruction. Thereafter, the trial court held that other factors, including general economic conditions and the status of contracts with engineers and the union, may have caused ABM to incur these additional expenses, thereby rendering summary judgment inappropriate.

ABM's civil authority coverage insured against loss sustained during the period of time when access to real or personal property is impaired by order or action of civil or military authority issued in connection with or following a peril insured against . Zurich, 397 F.3d at 171. ABM claimed losses resulting from its inability to operate from its various locations in downtown Manhattan after the issuance of civil authority orders prohibiting persons from traveling south of Canal Street. The trial court granted Zurich's motion to dismiss with regard to this coverage, holding that the issuance of a civil order was not the meaningful cause of ABM's claimed losses. It further held that even in the event that no such order was issued, ABM would have lost all of its business from the WTC as a result of its destruction regardless. However, the Court of Appeals reversed and clarified that ABM's losses under this coverage were based upon the interruption of its business at approximately 34 locations other than the WTC, a fact not delineated by the trial court. The Court of Appeals further found that an issue of fact existed as to whether it was the issuance of a civil order or ABM's internal policies that prevented access to these locations and therefore remanded the issue back to the trial court. Subsequently, the trial court agreed that this was an issue of fact and that summary judgment was not appropriate. Zurich , 2006 WL 1293360 at 4.

The issues before the court demonstrate the importance of understanding the nature and extent of business interruption coverage prior to its purchase. While the principles underlying this type of coverage may be uniform in nature, there are countless variations on this type of coverage depending on the type of risk involved, the premium that an insured is willing to pay and the carrier which is underwriting the policy.

The Court of Appeals' holdings further demonstrate that standard, boiler-plate coverage will often provide the insured with little or no protection following a loss and that an insured often has far less coverage than initially contemplated or intended. It is therefore incumbent upon every policyholder to work with its insurance broker or consultant to design business interruption coverage that is responsive to the particular risks that the business faces. 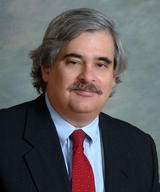