Editor: Please tell us about your professional backgrounds.

Senkowski: I am chair of the Telecommunications Group at Wiley Rein, but I also sit on the firm’s business development committees responsible for identifying and anticipating upcoming matters of importance to existing clients or future clients that build off of the firm’s core strengths in legal, regulatory, and engineering. Over a year ago, we identified the need for a UAS practice group as UAS was becoming a future hot topic – and it proved to be a hot topic when the future arrived. We put together a team consistent with the Wiley Rein multidisciplinary model that draws from our aviation, spectrum, government contracts, privacy, public policy and litigation expertise.

Cirillo: I’m co-chair of the Aviation Practice here at Wiley Rein. I’ve been doing aviation law – regulatory, compliance and transactional work – for 20 years. Until recently, most of the aircraft-related work involved legal issues relating to aircraft with people inside them, but I have followed the FAA’s activities on UAS and the UAS industry from day one.

Turner: I co-chair the firm’s regulatory enforcement practice. My background is in federal regulatory and administrative law and also litigation. My primary areas of interest in the UAS space are in the FAA’s enforcement activities and federal preemption.

Editor: The FAA’s “Roadmap” concerning the integration of civil UAS into national airspace stated that it expected to release its Notice of Proposed Rulemaking for small UAS in early 2014. What does this mean practically? When do you expect that rules will be in place?

Senkowski: We just came back from the Association for Unmanned Vehicle Systems International Conference, where Jim Williams, head of the UAS at FAA, reported that FAA plans to release NPRM by the end of the year. Given the agency processes, it could be another two years before we actually have rules. That’s partly why the FAA is opening the door a bit to allow for certain commercial UAS activities to operate on a very controlled basis in advance of the finalized rules. Previously, FAA did not authorize operation of any type of commercial UAS.

Editor: What are some of the major legal and regulatory issues that must be addressed?

Senkowski: The first thing that needs to be addressed is FAA’s regulatory structure. As Greg said, it is premised on an airplane flying with a pilot, carrying passengers at high speeds and high altitudes, and coming up and down on routes. This industry has safety considerations that have historical set practices and procedures. It’s low volume in terms of the limited number of planes to be approved. There are a limited number of flights being flown, and it’s under the supervision of the air traffic control system. So, when you come along with a new industry that is contemplating fairly small, lightweight, unmanned objects that are carrying cameras or products or delivering things outside of the preset routes, then you’re dealing with a different industry and vastly different considerations. Both in terms of the safety considerations for air traffic and for people on the ground, small UAS operations, under 400 feet and under 55 pounds, just don’t fit within the existing legacy, structure, rules and approaches.

The challenge for the FAA right now is that there is a very odd disconnect between the rights of commercial entities and those of hobbyists and public organizations. Hobbyists and organizations like police, fire and military all operate pretty much the same types of equipment that commercial operators would like to employ, and do so relatively unimpaired and unimpeded. But once you convert any of this activity to a commercial use, it becomes problematic and might be barred. One can understand all the underlying safety concerns, but the reality is the absence of commercial rules impedes commercial progress in the United States. There is a whole industry and a lot of entrepreneurs who want to get out there and do business and are prepared to do so in a safe, constructive way that protects things in the sky and people on the ground. Right now, we’re holding entrepreneurs and beneficial commercial services at the starting gate.

Cirillo: Another challenge the FAA faces is its own culture. The reason it’s so safe to travel by air is that the FAA has a zero-tolerance standard that applies to the design of aircraft, the operations of aircraft and the people who operate them. It’s a standard that in practice is going to be difficult or impossible to apply to the UAS operations because there are just too many of them. If you’re a private pilot and you have even a minor incident, you have to file an NTSB report, there is an investigation and a finding, and it affects your pilot’s license. If you had to do that every time your UAS hit a tree, not only would it be impossible for the operator to comply, but also the regulatory structure could not sustain it. The FAA has to grapple with the fact that its safety culture has to adapt to a very different operating environment. It’s going to be interesting to see how they set those standards and how they plan to enforce them.

Senkowski: FAA is not going to take that on in its rulemaking. Privacy is important and will presumably need to be dealt with by FTC or Congress.

Editor: Will the use of radio spectrum be addressed in the anticipated rulemaking?

Senkowski: It might be. There are several different components to the use of radio spectrum that will have to be addressed by both the FAA and the FCC. If this industry takes off, no pun intended, you could envision a demand for spectrum that could readily cause congestion and a need for additional spectrum. This piece of the puzzle has drawn less attention because of the high visibility of the bigger question right now: can you do it at all?

Turner: The Pirker enforcement decision has obviously drawn a lot of attention, but I think there has been some confusion in the media about the implications of that case. First, NTSB has stayed the ALJ decision pending review. That briefing has now concluded, but it could be several months before we see a decision from the NTSB, and even longer if there is judicial review. Second, in the medium to long term, the Pirker case and the arguments that are being made there are not likely to be that relevant to how the UAS industry develops. A lot of the arguments that are being made in the Pirker case about the FAA’s authority and about the alleged lack of proper regulation of UAS are presumably going to be answered by the proposed rule. Thus, whatever happens in Pirker might end up being temporary. By the time the final Pirker decision comes out, even if the FAA’s new rules are not actually in effect, we certainly will have a pretty good idea of what the agency has in mind for UAS going forward.

Editor: What can a business do today to get its UAS plans in line with the anticipated FAA regulations?

Senkowski: With the FAA announcing that they are willing to consider exceptions for certain commercial uses and that there will be guidelines for those uses, we’ve been reaching out to sectors and companies who might be interested in pursuing this. It is, in effect, an invitation to pursue limited near-term relief. For manufacturers, the FAA has set up test labs to encourage testing and collaboration with the test authorities and designated test sites to demonstrate how the equipment can be used safely and effectively. We’re also talking to our clients about what needs to be done in the long-term to set the foundation for the future.

Cirillo: Jim Williams at the FAA made it clear that he was opening the door to certain exemption rulings for commercial UAS use, but that they were looking for situations where there’s a particularly compelling reason to approve the exemption. Specifically, FAA is looking for applications that convey significant benefits and that pose a low risk to people and property on the ground. Industries will have to ask themselves if they can fit their UAS needs within those categories and what kind of operating restrictions they are willing to accept to convince the FAA that they should be approved.

Editor: Analysts predict this emerging industry will be a boon for the economy. Which industries stand to benefit most?

Senkowski: I’m going to give you a broader answer than that. This is a lot like the early days of the Internet. We’ve been tracking domestic and international press reports about ideas on how to use UAS for business purposes, and we’re seeing a burst of entrepreneurial energy. I don’t think it’s predictable which industries will benefit the most because there are so many interesting and varied ideas out there. When you start thinking about all of the potential applications – everything from aerial promotional displays to search and rescue – it has an element of a small business to it: that anybody can come up with an idea and run with it. And there are a lot of ideas. There is an enormous potential for commercial activity that goes beyond the obvious big-ticket uses like border patrols and dealing with dangerous and hazardous materials.

If you are looking to stimulate the American economy, you should look at the ideas coming out of the small business and entrepreneurial sector. Putting the rules of the road in place is really important if we’re going to get this going and make it a success story for the country.

Turner: To build on what Mike said, another way this is like the first days of the Internet is that the technology will only improve – it will get smaller and it will get smarter and better. What we view now as being cutting-edge drone or UAS applications will come to be seen as the crude equivalent of dial-up in five or ten years.

Editor: Some firms like Wiley Rein have created specialized practice groups to manage growth in the UAS field. What practice areas are needed in this type of specialty practice?

Senkowski: Wiley Rein has approached UAS through a model that our firm uses generally. We’re very team oriented and multidisciplinary. We like to work on big-ticket Washington-based issues – federal government issues that also have state, local and other issues associated with them. UAS falls into that category. We have put together a UAS group that includes our FAA practitioners, privacy, government contracts, public policy, spectrum engineers and wireless lawyers. In terms of satisfying all of the policy and legal considerations, UAS is a big, complicated issue with a lot of skill sets required. That’s the way we are approaching it, as a team undertaking, bundled within a UAS working group. 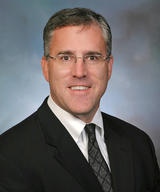 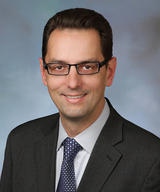 Deepak Reddy’s aviation practice at McGuireWoods is ready for takeoff. ﻿