Deepak Reddy’s aviation practice at McGuireWoods is ready for takeoff.

CCBJ: How did the aviation industry come to be the center of your deals practice?

Deepak Reddy: Almost completely by accident! I came out of law school certain that I wanted to be an M&A lawyer, seeing my deals in the newspaper. One of the earlier deals that I worked on as a junior associate was when American Airlines bought TWA out of bankruptcy in 2001. I was doing due diligence, sorting through aircraft leases and other documents, and through that process, I learned about the industry. After that, every time something touched on aviation – usually in an M&A context but not always – I ended up on those deals.

I began doing M&A work for GE Capital, which was very acquisitive at the time. It was buying various finance-related businesses, among them large portfolios of aircraft, aircraft leases, aircraft loans, so I got even more exposure to aviation. After 9/11, most of the U.S. airlines started to fall into bankruptcy, and GE was part of almost every case, as one of the largest creditors of those airlines. This was restructuring, and while I had no restructuring experience, my connection to aviation and GE Capital made me the right associate to fill that role. I represented them for several years in these airline bankruptcies.

After that, I thought I’d go back to M&A, but a partner who had joined the firm to help with the GE Capital representation told me that I should consider staying with aviation. Over a period of a year or so, she kept knocking on my door, encouraging me to give it a shot. Eventually, I took her up on the offer and formally moved from the M&A group and joined her practice. The industry was in a better phase at that point. We were representing healthier companies and looking at new deals. Today, at McGuireWoods, it’s the opportunity to lead a practice, grow the firm into one of the leaders in this space, and take it to the next level. That entrepreneurial spin is really what attracted me to the firm.

How has the emergence of China as a global economic rival to the United States affected aviation and airline markets globally, and your cross-border practice specifically?

In years past, the practice was so much more directed toward North America and Europe, whereas today, some of the strongest airlines, the ones growing the most, are in Asia – China in particular, but also India, Malaysia, and Indonesia, and the Middle East as well. Many of the transactions I encounter are with airlines that are based in Asia. The maturation of the Chinese aviation industry has changed the dynamic and introduced a new set of players whose importance and strength has grown dramatically.

In the earlier days, Chinese airline clients weren’t nearly as sophisticated as they are today. Having now become such large players, they are on par with the traditional powerhouses. They carry almost as much weight as some of the U.S. airlines and bigger European carriers with Boeing and Airbus in terms of negotiating orders. A large portion of the Boeing/Airbus new order book is from Asia, especially China. There’s huge passenger growth there, with more people able to afford air travel.

China’s also investing in the industry in other ways, developing airports and other infrastructure, and the growth in the leasing company industry has been striking as well. Almost half of the world’s aircraft fleet is not owned by the airline that operates it but rather is leased. Many of the new entrants into this space are from Hong Kong, mainland China and other parts of Asia. China has really focused investment on the aircraft leasing industry. Some of those companies concentrate on the domestic Chinese market, and others are large international players.

How do you see your aviation-oriented practice adding to McGuireWoods’ strong corporate M&A practice?

A traditional aviation finance attorney has three broad categories of work. One is M&A related, buying and selling aircraft and portfolios of aircraft. The second is leasing aircraft. The third is financing the purchase of aircraft. My practice is more on the M&A-related side because I enjoy that aspect and have a background in it, and also because that element of this industry has grown.

Some well-established players in aircraft leasing have grown quite big. Those large players view their aircraft holdings as a portfolio. As with any portfolio, you want diversification, to not be too concentrated in any one country, airline or aircraft type. Every year, they sell a good chunk of their portfolio for no other reason than they need to diversify. These are perfectly good aircraft on lease with strong credit airlines. There’s a vibrant secondary market for buying these portfolios, which are anywhere from 5 to 10, 20 aircraft or more at a time, and can range in price from a couple hundred million dollars to a couple billion dollars. They’re very significant, challenging transactions and very labor intensive. You have to negotiate with an airline lessee who doesn’t have a vested interest in the outcome, but you need to engage with them.

These transactions have exploded in number. I’ve been doing a great deal of that work, and I intend to do much more. We have a significant client that’s active in the purchase of these types of portfolios. I’ve also worked on several U.S. airline mergers, to the extent those opportunities come up. We present great credentials for that service.

I also think there will be consolidation in aircraft leasing. There are a number of new entrants in this space. Some of them are going to make it; some are not. Valuations are strong right now, so for people with a sizeable enough platform, it may be a good opportunity to exit.

Private equity funds are behind many of these leasing companies as well. They tend to have a finite window in in terms of holding their investments. For some of them, it’s the right time to realize their investment, so there’ll be more opportunities to represent both buyers and sellers in connection with aircraft leasing company sales. 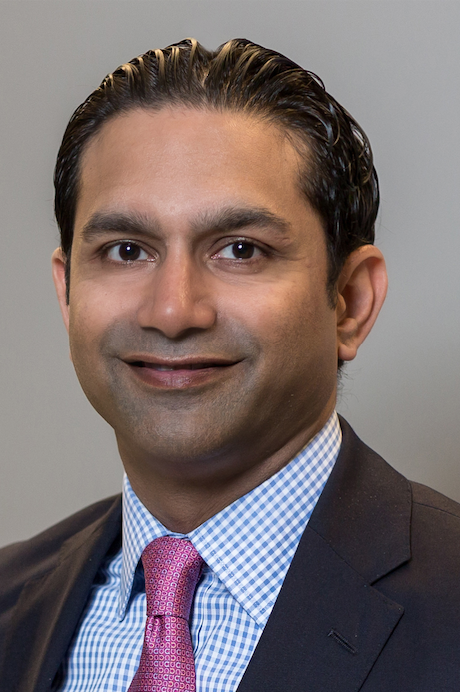 Fast Take: UAS and Drones - Keeping Up with the Pace

What unmanned aircraft systems (UAS) and drones really highlight is the convergence of traditional aviation and aerospace with the high-tech sector. Our focus in Washington, D.C., is on conveying to federal stakeholders and partners the importance of keeping up with the pace of technological...