For decades, the protection provided by directors and officers (D&O) and errors and omissions (E&O) professional liability insurance policies has been weakened by insurance companies invoking the “disgorgement” defense against coverage of a wide array of claims that involve allegations of wrongdoing. Insurance companies use this defense to assert that a given judgment or settlement involves restitution, or the return of ill-gotten gains, rather than a loss per se, and so is not covered.

On this front, the tide has turned in recent years. Policyholders won a major victory in U.S. Bank N.A. v. Indian Harbor Ins. Co., 68 F. Supp. 3d 1044 (D. Minn. 2014), where the court twice rejected an insurance company’s attempt to limit coverage based on a phantom disgorgement exclusion. (The authors represented U.S. Bank in this case.) Followed by more recent decisions rejecting similar arguments, the court’s decision in U.S. Bank marks a turning point in the efficacy of this ubiquitous coverage defense.

Level 3 and the Disgorgement Defense

Insurance companies’ love affair with the disgorgement defense dates to the Seventh Circuit’s watershed decision in Level 3 Communications, Inc. v. Federal Ins. Co., 272 F.3d 908 (7th Cir. 2001). In Level 3, Judge Richard Posner likened the settlement of a securities fraud case to a thief being required to return stolen money, deeming both situations “restitutionary in nature” and bluntly concluding that it “can’t be right” for insurance to cover such losses. Subsequent coverage cases that rely on Level 3 share a common factual background: the underlying actions involved either the return of money to which the policyholder was not entitled or unlawful acts by the policyholder. There is a gut-level appeal to this logic, but it has limits.

Soon enough, insurance companies sought to stretch Level 3’s application to cases where plaintiffs merely alleged that a policyholder was not entitled to the money at issue, even where there is no finding of any ill-gotten gains. Generally, this disgorgement defense is based on two common professional services liability policy provisions: carve-outs from the definition of “loss” for matters that are “uninsurable” as a matter of law, and exclusions for underlying claims involving “ill-gotten gains.”

The Spectrum of Disgorgement Exclusions

The promises made in D&O and E&O policies have evolved over the years, including the years since Level 3, in a direction favorable to policyholders. Early disgorgement exclusions were triggered by mere allegations of ill-gotten gains, whether substantiated or not. Since it is not unusual for underlying plaintiffs to make such allegations, policies with these exclusions are not attractive to policyholders.

Accordingly, the insurance industry designed a broader provision, under which claims involving ill-gotten gains are only excluded where there is a showing that the policyholder has “in fact” received ill-gotten gains. In litigation over the meaning of such provisions, insurance companies have argued that a finding “in fact” of ill-gotten gains merely requires something more than sheer allegations of such gains. (Contrary to such litigation positions, the internal guidance created by at least one major American insurance company shows that the “in fact” requirement was only met where there was a judicial determination of the conduct at issue.)

Despite this express promise, insurance companies have continued to cry “disgorgement” in an array of cases involving allegations of ill-gotten gains or where a settlement resolving claims for alleged damages possibly can be characterized as disgorgement.

In the past five years, a series of decisions has shown that the disgorgement defense has very real limits. In William Beaumont Hospital v. Federal Insurance Co., No. 11 Civ. 15528, 2013 U.S. Dist. LEXIS 35558 (E.D. Mich. Mar. 13, 2013), the District Court declined to rule that so-called disgorgement is uninsurable as a matter of law, holding that any “passing reference” to the unlawful retention of monies in a complaint is insufficient to constitute uninsurable disgorgement. The court’s holding relied largely on the fact that the insurance company “failed to identify any … case holding that these remedies [i.e., the supposed disgorgement] are not insurable under Michigan law, or adopting an ‘interpretive principle’ of the sort applied in Level 3 Communications.”

In J.P. Morgan Securities Inc. v. Vigilant Insurance Co., 992 N.E.2d 1076 (N.Y. 2013), the policyholders sought coverage for a settlement with the Securities and Exchange Commission pursuant to a cease and desist order. The settlement amount expressly was labeled “disgorgement” in the SEC’s order, which also described the policyholders’ securities law violations as “willful.” Nevertheless, New York’s highest court declined to hold that the settlement was uninsurable disgorgement, noting that only two remedies are uninsurable under New York law: punitive damages and intentionally harmful conduct. Notwithstanding that the policyholders clearly had engaged in wrongdoing and confessed to a judgment that specifically was labeled “disgorgement,” the court remanded the case to the trial court to determine whether the policyholders’ conduct was intentionally harmful – the only basis for deeming the settlement uninsurable as a matter of law.

On April 17, 2017, the trial court rejected the insurance companies’ disgorgement defense once again, noting that even where a payment to the SEC specifically is labeled “disgorgement,” it still falls within the plain meaning of the standard E&O insurance policy definition of “loss” and is covered as long as the payment was not predicated on profits the policyholder improperly acquired. The trial court ordered the insurance companies to pay nearly $300 million to cover the settlement. An appellate court panel upheld the decision in June 2017.

The decision in U.S. Bank was the first to address the fact that the disgorgement defense is undermined by the express terms of liability policies that have been enhanced beyond the “in fact” wording at issue in Level 3. Granting summary judgment for the policyholder, the court recognized that the insurance company expressly promised to cover underlying claims involving alleged ill-gotten gains unless there is a final adjudication, holding that the insurance contract clearly covered the defense and settlement of such claims where there was no such adjudication.

The court in U.S. Bank considered whether the settlement of lawsuits seeking damages for the way the bank charged overdraft fees was restitution. The court held that a settlement for allegedly unlawful conduct is not per se restitution, regardless of how plaintiffs in the underlying actions pleaded their claim for damages. U.S. Bank, 68 F. Supp. 3d at 1051. The court “emphasize[d] that it will not automatically presume – as the Insurers do – that the settlement constitutes restitution because it resolved claims alleging ill--gotten gains and seeking disgorgement of those gains.”

Several months after the court’s rulings in U.S. Bank, the Superior Court of Delaware published a decision involving a strikingly similar coverage dispute: Gallup, Inc. v. Greenwich Ins. Co., 2015 Del. Super. LEXIS 129 (Del. Super. Ct. Feb. 25, 2015). While not explicitly holding that disgorgement is insurable under Delaware law, the court considered and rejected the same arguments the insurance companies made in U.S. Bank – and held that insurance policies with “final adjudication” clauses provide coverage for the settlement of underlying claims alleging ill-gotten gains where there is no final adjudication that the gains were ill-gotten.

Similarly, the appellate court in Burks v. XL Specialty Ins. Co. held that settlement of a claim for “disgorgement” was a covered loss. As in U.S. Bank and Gallup, the Burks court declined to hold that disgorgement was uninsurable as a matter of state law. Even if the settled amounts constituted disgorgement, the settlement of the underlying action was not a “final determination in the underlying action” sufficient to trigger the ill-gotten-gains exclusion.

No Reneging Without Adjudication

Insurance companies have steadily enhanced their promises that mere allegations of ill-gotten gains are covered unless and until there is a final adjudication against the policyholder. Where no such final adjudication exists, the insurance company cannot renege on its promise. In Judge Posner’s words, “That can’t be right.” The court in U.S. Bank clearly understood this point, and its straightforward application of the insurance policy terms at issue is a roadblock against further attempts to use disgorgement as an excuse to avoid otherwise covered claims.

Marshall Gilinsky is a shareholder in the New York office of Anderson Kill. During his 20-year career representing policyholders, he has recovered hundreds of millions of dollars for his clients, successfully litigating disputed claims under a variety of insurance products, including property and business interruption insurance, commercial general liability insurance, errors and omissions insurance, and directors and officers insurance. Reach him at [email protected]

Vivian Costandy Michael is an attorney in Anderson Kill’s New York office and is co-chair of the firm’s Diversity Committee. Her practice concentrates on insurance recovery, exclusively on behalf of policyholders, and in corporate and commercial litigation. She has represented major corporations and government entities pursuing coverage for long-tail asbestos and environmental liabilities; and corporations and financial institutions seeking coverage under professional liability policies. Reach her at [email protected]. 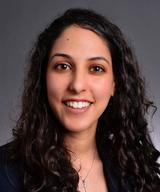 Matthew D. Fender, a litigator who focuses his practice on representing policyholders in insurance recovery disputes, discusses an array of COVID-19 issues and claims, including a recent federal case in which the court concluded that the coverage trigger “physical loss or damage” is satisfied by the presence of novel coronavirus on surfaces.