Claims frequency also has increased, with claims currently being brought under about 20 percent of policies sold. Unsurprisingly, the largest deals have the highest claims frequency and the largest claims pay-outs. Among the largest causes of claims are compliance with laws, financial statements, tax-related issues and intellectual property disputes.

There are almost no reported cases involving insurance coverage disputes under representations and warranties policies. Some of this may be due to coverage issues being more readily resolved through negotiation than, for example, coverage issues in environmental claims.

Arbitration is considered to promote more efficient and cost-effective resolution of disputes than judicial litigation. In addition to offering speed and cost savings, arbitration is final. Courts read arbitration agreements broadly, even in standard-form, non-negotiated contracts. Insurance companies choose arbitration over litigation in order to avoid various rules that courts have developed that favor policyholders, such as construing ambiguities in favor of insurance coverage.

Perhaps the biggest difference between judicial litigation and arbitration is the scope of pretrial discovery. Judicial discovery is exceedingly broad, with the scope of “relevant” discovery broadened to include matters that may lead to relevant evidence. The Federal Rules of Evidence have limitations on the number of depositions and interrogatories, but those limitations are often honored in the breach.

Document requests in arbitration must be limited to directly relevant documents, and restricted in time and subject matter. Requests for “all” documents are a red flag. Depositions generally are disfavored in arbitration. Under the American Arbitration Association’s (AAA) Commercial Arbitration rules, depositions are allowed “in exceptional cases” at the arbitrator’s discretion and “upon good cause shown.” Judicial Arbitration and Mediation Services, Inc. (JAMS) allows one deposition of an opposing party or an individual under the control of an opposing party, unless the arbitrator allows for more. Discovery disputes are resolved quickly, with minimal briefing, with a preference for consensual resolution.

It is absolutely necessary in an arbitration to have a discovery plan with a targeted approach. Document requests must be focused on getting information necessary to a claim or defense. For the policyholder, there should be two, and possibly three targets for document requests. The first target is the underwriting of the policy. There likely will be questions about whether a claim fits within the coverage provisions or exclusions of the policy, and the underwriter’s understanding of the transaction and the coverage being provided may be critical. The policies provide coverage for ‘misstatements’ in representations and warranties. Discovery of the underwriter may help determine whether a representation was a covered misstatement, or fits within a policy exclusion. The underwriter’s knowledge of the transaction at the time of policy issuance may be dispositive of these issues.

What depositions are necessary will depend largely on the document production, although relevant oral communications may be pertinent. Some documents may be so helpful that further explanation is unnecessary, although a party always wants to know what their adversary will say. Depositions must be targeted and to the point.

Arbitration is less expensive than traditional litigation and leads to far faster resolution of a dispute, two real benefits. Discovery is far more limited in arbitration. Depending on the parties’ status, that may be a good thing. In a dispute concerning representations and warranties insurance, the policyholder also may not need much discovery. In an arbitration, a party must learn to make do with less, and focus only on what is truly necessary.

David L. Elkind is an attorney in the Washington D.C. office of Anderson Kill. He has recovered more than $1.3 billion for corporate policyholders in a wide range of insurance coverage disputes. Contact him at [email protected] 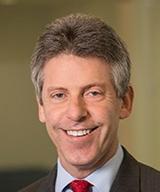