In a resounding win for policyholders, a New York district court found coverage for a nearly $50 million class-action claim alleging that US Coachways, Inc., violated the Telephone Consumer Protection Act (TCPA) by sending unsolicited “blast text” advertisements to potential customers. Illinois Union Ins. Co. v. US Bus Charter & Limo Inc., No. 1:16-CV-06602-FB-RLM, 2018 WL 1193464, at *1 (E.D.N.Y. March 8, 2018). Specifically, the federal court granted US Coachways’ motion for a partial summary judgment, holding that the policyholder’s blast texts expressly fell within the scope of the insuring agreement in US Coachways’ professional liability policy. Notably for all policyholders, the court’s coverage ruling reasoned that a business’s advertising of its services is covered because it is an integral part of its actual provision of those services.

Unlike the cases cited above, coverage for US Coachways did not turn on the interpretation of exclusionary language, or questions of insurability and public policy. Instead, the court dealt squarely with the policy’s definition of “professional services,” finding that the policy “unambiguously” provided coverage for the TCPA violations at issue in US Coachways’ capacity as both a “bus charter broker” and provider of “Travel Agency Operations.” US Coachways, 2018 WL 1193464, at *3. Notably, the court looked to federal statutory law (specifically the ICC Termination Act of 1995) for interpretive guidance on the coverage of blast text advertisements, and thus, had “no difficulty concluding that the services of a bus charter broker include advertising bus transportation to specific groups of people.” Id. at *3. Similarly, in construing the policy’s definition of “Travel Agency Operations,” the court concluded US Coachways’ blast text advertisements were “necessary or incidental to the conduct of travel agency business” as “attempted procurement for a fee or commission of travel.” Id. at *4.

Interestingly, for those commercial policyholders facing TCPA blast text exposures in other contexts, the court’s reasoning with respect to US Coachways’ advertising activities is potentially applicable to the “advertising activities” of a variety of other businesses and industries. The court, in fact, emphasized that service providers “in virtually every industry offer services in bundles, saving consumers and other businesses” valuable time and expense. Id. (emphasis added). Thus, for US Coachways, the court found the bus blast text advertising “an essential part of the bundle of services it provides … .” Id. Accordingly, the court rejected the insurer’s contention that that US Coachways’ blast text advertising activities were somehow not covered because they did not constitute performing services “for others … for a fee,” finding “[t]hat interpretation … at odds with how the modern business world operates.” Id.

In sum, the new US Coachways summary judgment ruling is an important blast text TCPA coverage decision that must be examined by corporate policyholders grappling with similar third-party claims exposures and developing TCPA coverage law. While the court’s findings are of course informed by the specific language of the US Coachways policy, the court’s broad articulation of its reasoning provides valuable pro-policyholder precedent that can be potentially applied to other businesses and advertising practices under various lines of commercial policies. It, moreover, is the first major blast text TCPA coverage decision to be decided by a New York federal court and under New York law. And if it is upheld by the Second Circuit, the importance of this decision could be further amplified to other blast text coverage matters throughout the country, as it provides powerful alternative reasoning to adverse pro-carrier decisions in other circuits.

Mr. Horowitz is an equity partner, and Mr. Moreira is an associate, in the Insurance Coverage Group of McCarter & English, LLP. The views expressed herein by the authors do not reflect the view of the firm or its clients.​ 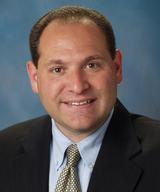 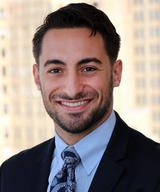 Advertising And IP Law At The Cutting Edge

Editor: Please tell us about your practice as described in your bio, and the bridge between intellectual property and advertising law. Ervin: My background is in what is called “soft IP” – trademarks and copyrights in dealing with brands, content, marketing and advertising....