Advertising And IP Law At The Cutting Edge

Editor: Please tell us about your practice as described in your bio, and the bridge between intellectual property and advertising law.

Ervin: My background is in what is called “soft IP” – trademarks and copyrights in dealing with brands, content, marketing and advertising. From a brand or trademark perspective, my work involves negotiating trademark-based license agreements, promotion agreements and sponsorship agreements, and clearing use of marks, slogans and taglines. From a content side, the practice covers the life cycle of creating commercials and clearing the use of content, including talent, music, video, images and all the performance rights that are in a commercial. This also includes negotiating with the agencies that create the materials and media to get the commercials and marketing materials placed.

Editor: How has the rise of social media affected the protection of copyrights and of trademarks?

Ervin: I would say at first cut it has complicated the protection of copyrights and trademarks, primarily because a large portion of social media involves the sharing or distributing of other people’s material, including copyrighted works as well as trademarks. You have users that might not be aware of the intellectual property rights of the materials they’re looking at and then sharing, distributing and using those materials without attribution to the copyright owner. Such distribution is often done without the author or owner’s permission and may be done in contravention of a use restriction in the original license agreement. Distribution and use of other people’s content through social media has stretched the boundaries of applicable and existing case law and standards.

Ervin: I am not sure that on-demand content has had a significant effect on the right to privacy with one caveat – when you post a photo on a secure website that you only want authorized users to see, for example your family members, but it becomes widely distributed. Or you thought you made your settings a certain way on Facebook or another social media platform to limit access and that photo ended up being distributed to a larger audience than you expected. That would be one way I think freely syndicated content might affect the rights to privacy. Now in terms of data affecting the right to privacy, it depends on what kind of data we’re talking about. If you’re talking about personal data like health or financial information, I would say that you’re forewarned that what you post can be seen by more viewers than you intend. If you’re talking about data that third parties hold, I don’t think that on-demand data has changed that equation from a privacy perspective – the holders of such data still have to obtain the right to share it.

Editor: What are some of the types of new technologies that are straining traditional IP rules?

Ervin: The rules have been stretched by the greater variety of ways that content can be distributed, viewed and interacted with, placing a greater strain on existing IP rules and laws. Law evolves slowly, and the law always lags behind technology across all disciplines. In IP, there are traditional concepts that are being stretched by technologies, such as copyright law. What constituted the act of copying a protected work fifteen years ago was pretty well established and understood by most practitioners. There were occasional questionable actions as to whether actual copying was involved in the challenged use. Now, whether or not you are using, copying or distributing a work through pressing a button is a harder determination to make. That’s one example. How much action is required from the viewer-user-interactor to make their action an infringement, regardless of their intent or state of mind? For example, my almost nineteen-year-old daughter doesn’t think about those things. Like most people in the current digital world, she just shares interesting and relevant content she comes across online – she doesn’t think about whose work it is or whether or not there are any restrictions on its use. It’s harder to discern intent and motive in that world of the younger generation because the behavior has become acceptable and even encouraged.

Editor: Do you think there may be a time when the copyright laws are all laid to rest?

Ervin: I think we’ll be fortunate if that does not happen because we still value content, original expression and the need to protect the authors who create such works. Good content is hard to create, often takes significant time, effort and skill, and usually requires a pretty dedicated creative process. So, it takes talent, time and resources to make it happen. I think we’ll continue to have core protection of copyrighted works, but how far that protection will go in the digital age is one of the issues that is being debated now.

Editor: What are the legal nuances to be observed when advertising in social media as opposed to your daily newspaper?

Ervin: There are several. One would be the fact that when you distribute marketing materials through social media, the context in which the viewer sees them will be different depending upon the service and the device that the user is viewing them through. For example, you might view something on your laptop or your computer which has a twenty-inch screen, but you may also view the same marketing materials through your iPhone, which has a three-inch screen. The size of the screen impacts how much material you can make viewable, which makes a difference from an advertising law perspective in terms of what disclosures need to be made and how claims or offers are presented. A second difference would be the interactive nature of social media. Traditional advertising, like television spots and print advertising in a newspaper or a magazine, is not something that you could interact with. You don’t have the ability to publish it and share it with the world as is the case with any content in social media. With Twitter, for example, you get to make and publish a comment to any content you view on the service. By retweeting it, you can share it so that the materials that you retweet suddenly become distributable by other people.

You have a world audience that does more than just look at advertising. They may comment or post something in response to your material. You might like it and you might not, so you give up some control as a brand. The exchange for losing some of the control over your brand messaging is the interactive benefit. Achieving engagement with the consumer, as you can tell from the proliferation of social media marketing, seems to be a risk many brands have decided is worth taking.

Editor: What are the major legal risks in conducting a social media campaign?

Ervin: The loss of control probably predominates as a risk with any social media campaign. When other people – whether it be brand ambassadors, fans or consumers that are engaging with your social media campaign – can do things like post their own content or make their own claims or statements, the risk profile increases. What consumers do in response to your campaign adds a level of risk. It also requires monitoring by the brand or its agency. Under that framework, you’ve got a series of separate third-party rights that are of concern, including intellectual property rights and rights of publicity or privacy, especially with celebrities who might be brought into a campaign without their knowledge. Then you also have state law claims, such as defamation, invasion of privacy, and related claims, that could arise from a social media platform as a result of its interactive nature. An additional risk is that the publicity about the campaign may not go away. You might run a campaign during a holiday season, for example, but your material still exists in some digital format longer than you might want it to.

Editor: Please discuss some recent cases that have pointed up the limitations that should be placed on use of social media. Why has there not been more case law?

Ervin: There have been a handful of notable cases involving social media campaigns, but not as many as were expected when the FTC released their updated Endorsement & Testimonial Guidelines in 2010. The FTC investigated several well-known brands, including Ann Taylor Loft and Hyundai, regarding blogger programs that included undisclosed incentives. They also investigated and obtained settlements with social media service providers that related to deceptive online review campaigns. The resolution of these cases focused primarily on ensuring adequate disclosures of incentives and implementation of social media monitoring practices of brands and their agencies. More recently, native advertising campaigns involving Qualcomm and Shape magazine and recommendation widget practices of Taboola have been challenged in actions brought before the NAD. I think the lack of notable cases related to social media advertising is a reflection of the fact that both advertisers and regulators are still figuring out how this relatively new medium can best be harnessed for commercial purposes. 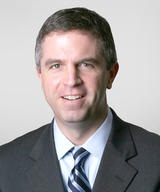