Before the industrial revolution, the tort of public nuisance was easily understood and reasonably applied. Over the past few decades, new technologies and manufacturing processes evolved. The new processes entailed new techniques, substances, waste disposal methods and habits. Public nuisance litigation adapted to deal with these issues and ultimately evolved to encompass the new problems. Plantiffs’ counsel are now using the tort far beyond its traditional limits and expectations – often involving large cities, regions, coastal areas and water supplies.

Although there is a large volume of litigation currently pending, there have been comparatively few significant dispositive rulings. While environmental contamination is a serious concern, many courts have refused to hold defendants responsible – particularly when the alleged nuisance involves lawful products applied in compliance with existing standards and practices, such as paint containing lead pigments. With few exceptions, appellate courts have regularly refused to approve judgments assessing liability. As a result, it remains difficult to establish reasonable responsibility.

To determine liability, it’s important that the tort be governed and applied according to clear standards. Although Congress could intervene to specify responsibilities, it is unlikely that Congress will do so anytime soon. Congress lacks the will and support to take sufficient action to relieve the burden that threatens public nuisance defendants. It’s also unlikely that the EPA or state agencies will issue any regulatory changes that will impact the litigation.

Public nuisance litigation is not likely to go away quickly. Many large companies, such as Monsanto and others, are defending cases in numerous cities up and down the West Coast regarding PCB contamination and climate change. To date, there’s been no significant legislative or regulatory response.

To defend these cases effectively, it’s essential to insist on clear and adequate liability standards. Federal and state judges, such as the justices of the supreme courts of Rhode Island and New Jersey, have insisted on such standards, and the defendants won victories in each of those states. Juries understand these standards, and it’s important that they receive adequate instructions, definitions and guidance to do their job. Fundamental legal principles and accurately defined and reasonable standards are the keys to victory in these complex cases.

When a judge and jury is responsible for deciding a public nuisance case, it’s important that they are informed in a rational way, with clear authorities and straightforward arguments. State legislatures that are considering public nuisance reform must approach the problem in the same way. Vague and amorphous legal standards that cannot be clearly defined provide opportunities for juries to speculate or devise their own standards, and if they aren’t properly and cogently instructed with concise legal standards, they may not reach a reasonable verdict. The same concerns apply to state legislators who are considering public nuisance statutes or amendments.

Everything in the United States begins at the grassroots. Clarity is the key. No one wants to be judged by vague standards, and everyone, every juror, wants to know what they’re responsible for, what they’re accused of, what standards they will be judged by - and how those standards will be applied.

If legislatures are sufficiently sensitive to give judges clear standards, the judges will follow them – and when they don’t follow them, appellate judges will have opportunities to correct them. Although opposing lawyers may not want to be specific about the parameters of this tort, most judges, jurors and legislators, as well as members of the public generally, want to know the standards by which they must make decisions. Human nature fundamentally understands that principle.

Although I don’t recall seeing a model public nuisance statute, I think there’s room for legislative action. There’s also room for action within the American Law Institute to reconsider the Restatement’s public nuisance sections. Given the current controversy, providing clear standards for liability is essential, and if the current provisions preclude clarity in any way, we should consider amending them at the earliest opportunity. If we’re going to decide the scope of liability as broadly as a state or an entire region, I think we should insist on the clearest and most reasonable standards available.

Follows British lead, regulating blights or dangers such as houses of ill repute

1923: Supreme Court Justice Sutherland famously announces that “a nuisance can merely be the right thing at the wrong place. Like a pig in a parlor instead of a barnyard.”

Public nuisance viewed narrowly as something impacting the public at large—but established and recognized standards are lacking, courts are reluctant to recognize broad threats and proof of liability is difficult

Richard O. Faulk is Of Counsel at Davis Wright Tremaine LLP in Washington, D.C. He has decades of experience as a trial and appellate lawyer in environmental and toxic tort litigation, including briefing and arguments in the United States Supreme Court, various Courts of Appeal, and trial practice in numerous states. His law review articles on public nuisance litigation have twice won William Burton Awards for Outstanding Legal Writing at the Library of Congress. He can be reached at [email protected]. 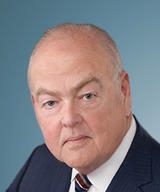 Advancing the rule of law in jurisdictions around the world. ﻿