Gain With Less Pain: Ending Your Competitor’s False Or Misleading Advertising Claims Without Having To Litigate

The best marketers train one eye on their marketing message and the other on their competitors’. And when a competitor’s claim is deemed to go too far, it is the legal department that must consider its options in trying to end the claim or campaign before it threatens the company’s market position. In this context, litigation may not be the best option given the claims at issue or resources available. The National Advertising Division (NAD) of the Council of Better Business Bureaus is a self-regulatory body that reviews national advertising to determine whether claims made are adequately supported. Now in its 41st year, the NAD is considered to be the forum of choice for competitor advertising challenges, as it is a well-respected, swift and relatively inexpensive alternative to litigation.

The NAD was formed to promote truthfulness and accuracy in national advertising. Governed by the Advertising Self-Regulatory Council (ASRC) and administered by the Council of Better Business Bureaus (CBBB), the NAD reviews complaints about advertising claims filed by competitors and consumers, as well as issues identified through its own monitoring program. During the review process, NAD attorneys evaluate the advertising at issue to determine whether it is substantiated – i.e., whether the claims (both express and implied) made in the advertisement are supported by sufficient evidence. If the claims are not substantiated, the NAD will recommend that the campaign be discontinued or the claims modified.

While the briefing schedule mirrors the pleading process, the NAD rules do not allow for discovery, and the review remains confidential until publication of the final case report, which is accompanied by a press release. Each decision summarizes the position of the advertiser and challenger and states the NAD’s conclusion, which is based on relevant law. While NAD decisions do not have precedential value in court or with the Federal Trade Commission (FTC), a decision will establish guidelines for advertising within an industry segment on a going-forward basis.

Often, a case decision will also include a brief response by the advertiser, indicating the advertiser’s intention to comply (or not to comply) with the NAD’s recommendations. Both the advertiser and challenger have the option to appeal the decision to the National Advertising Review Board (NARB) by filing a written request that may not contain factual evidence, arguments, or issues that are not in the case record.[4] They both also may request an opportunity to participate in proceedings before the NARB panel – composed of three “advertisers,” one “advertising agency” and one “public” member – who will review the prior proceeding and determine whether to affirm or reverse the NAD decision.[5] At the request of a challenger or third party, or on its own, the NAD may monitor an advertiser’s compliance with an NAD or NARB decision.[6]

The entire process, from filing a complaint to its resolution, is intended to take approximately 60 days and therefore be both quicker and less expensive than private litigation. This shorter time period allows the NAD to review an average of 100 cases per year. Participation is voluntary, and the NAD may refer a case to the appropriate regulatory agency, most commonly the FTC, if a challenged advertiser declines to participate in the self-regulatory process or fails to comply with a decision, for any reason. When the Commission acts on matters referred to it by the NAD, the agency’s actions are generally consistent with the self-regulatory decision.

Better Than Litigating: The Benefits Of Bringing An NAD Challenge

Efficiencies. Lanham Act litigation can cause a substantial disruption to a company’s business operations. Not only is it costly and time-consuming, but there will be extensive discovery, which includes paper and electronic documents, and depositions of executives and corporate personnel, as well as counterclaims. The NAD, while mimicking the litigative process in some respects, avoids many of these issues, providing a quicker, less expensive and less adversarial means of resolving an advertising dispute.

Widespread participation. The NAD benefits from a high rate of voluntary industry participation, due in part to its relationship with the FTC. Advertisers are more likely to participate in the NAD process and comply with NAD decisions when the alternative risks include adverse publicity or referral to the FTC. Because of these threats, filing an NAD complaint is likely more effective, or likely will provoke a more sincere response, than a cease and desist letter. In 2012, the NAD published decisions in 93 cases – two-thirds of which were brought by competitors. The largest number of advertisers that declined to participate in a single year was eight in 2009. The high rate of participation increases the likelihood that a competitor in any given industry will participate in the self-regulatory process should an advertising-related concern arise and that the challenge will result in an NAD decision that both parties will respect.[7]

Fair procedures. The way in which the NAD procedures are structured encourages participation. Section 2.1(E), for example, requires that proceedings be kept confidential until a decision is released, and Section 2.1(F)(ii) prohibits parties to a decision from mischaracterizing it, disseminating it for promotional purposes, or issuing a press release regarding the decision. These procedures are intended to prevent advertisers from using the NAD process to gain a competitive advantage in the marketplace and protect the challenger from its competitor publicizing an NAD determination that some or all claims are substantiated.

Points To Consider Before Filing A Challenge

Enforcement. The NAD is a private body, not a court. It cannot issue subpoenas, hold hearings or award damages, and it must rely on the FTC to enforce its decisions. The NAD cannot remove unsubstantiated advertising from dissemination, and failure to comply with a decision risks only a referral to the FTC, not a guaranteed action. Additionally, because the FTC exercises its own independent judgment and reviews each case on the merits, FTC referral does not guarantee that the FTC will arrive at the same conclusions as the NAD.

Timing. The NAD, because it is highly successful, has a very full docket. Despite the intention to meet its objective of resolution within 60 days, most cases take almost twice as long. Although cases are more complex, and the NAD often grants extensions to both advertisers and challengers, the added delay means that challengers requiring quick action must seek a temporary restraining order or preliminary injunction under the Lanham Act. However, NAD leadership is aware of these concerns, and steps are being taken to shorten the time frame.

Counter challenges. Just as a Lanham Act complaint can result in counterclaims, an NAD challenge can open the door to counter challenges. Although rare, a counter challenge is costly and time-consuming, and may trigger consumer class action litigation. Over the past few years, advertising attorneys have noticed an increase in the number of consumer class action complaints filed following the issuance of an NAD decision finding the advertising unsubstantiated. These complaints often reference the NAD decision as the basis for the lawsuit or as evidence of a violation of state false advertising law.[8] Although there are no consistent trends and very few cases advance past the class certification stage, the mere filing presents a headache.

Costs. While NAD challenges are typically less expensive than Lanham Act litigation, particularly if the plaintiff is denied a preliminary injunction or temporary restraining order, there are costs associated with filing. CBBB Corporate Partners must pay a $5,000 filing fee, but non-members are required to pay as much as $20,000 per filing.[9] Additionally, both challengers and advertisers should be represented by experienced advertising counsel. The legal fees will vary depending on the nature of the case: simpler cases can be handled through the decision for between approximately $15,000 to $25,000 in fees. More complicated cases involving expert opinions, complex science or extrinsic evidence relating to consumer perception, however, may be more expensive, with fees up to $100,000 or more.

When a competitor makes advertising or labeling claims that pose a threat to an advertiser’s market position, it is critical to resolve the issue in a manner that protects the brand most effectively and aligns with the company’s business objectives. Initiating a proceeding before the NAD can be one of the most strategic options for the legal team to consider because of its many benefits as compared to litigating under the Lanham Act. Not only are NAD proceedings decided in a fraction of the time required for litigation, but they also offer an excellent record of participation and compliance without the pain of costly litigation.

[7] NAD decisions also have earned the respect of courts and can influence court decisions in false advertising cases. Jeffrey S. Edelstein, Self-Regulation of Advertising: An Alternative to Litigation and Government Action, 43 IDEA 509, 529 (2003). Courts often note a party’s non-compliance with an NAD decision, although not as grounds for the holding. See, e.g., Am. Home Prods. Corp. v. Johnson & Johnson, 577 F.2d 160 (2d Cir. 1978). 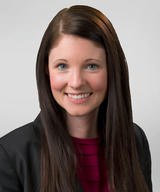