Is the FTC Bucking the Trend? The Propane Settlement as an Expansion of Per Se Illegality

For more than two decades, the Supreme Court has been scaling back the scope of what is considered per se illegal under the U.S. antitrust laws. Until recently, the U.S. Federal Trade Commission ("FTC") and Department of Justice ("DOJ") have seemingly followed suit, if not encouraged the trend. Now, the FTC's recent statement in favor of settlement with AmeriGas and Blue Rhino prompts the question of whether the agency, at least in some respects, is seeking to move the scope of per se illegality in a direction contrary to that driven by the Supreme Court.

The Supreme Court’s Tailoring of the Per Se Boundaries

The Sherman Act prohibits "[e]very contract, combination ..., or conspiracy in restraint of trade ...."[1] Of course, every contract restrains trade to some degree, and so very early on in antitrust jurisprudence the Supreme Court held that only those contracts that restrain trade unreasonably will violate the Sherman Act.[2]

For certain agreements, the determination of unreasonableness is almost a foregone conclusion. Those agreements, deemed to be "per se" illegal under the Sherman Act, have a "pernicious effect on competition and lack any redeeming virtue" and, therefore, facially appear always to restrict competition such that they are presumptively unreasonable.[3] Through experience and familiarity with such agreements, courts have become confident that further inquiry into the nature of the agreement and its effect on the marketplace is neither necessary nor warranted.

The category of per se agreements, while once extensive, is today limited to horizontal price fixing, horizontal market allocations, and a handful of other naked restraints between horizontal competitors. Outside of these actions, the Supreme Court has been slowly eroding the conduct that falls into the per se category. The most highlighted example of this is the Court's decision in Leegin Creative Leather Products, Inc. v. PSKS, Inc.,[4] where the Court ruled that resale price maintenance was no longer considered a per se violation of the Sherman Act, and rather should be reviewed under the Rule of Reason – a fact-based inquiry balancing the anticompetitive harms posed by an agreement against the procompetitive benefits.

Following the Supreme Court's lead, many lower courts have walked away from the per se standard and examined alleged conduct under the Rule of Reason standard instead. Thus, for the vast majority of conduct adjudged under the antitrust laws, the predominant test of whether it is unreasonable is a Rule of Reason analysis.[5]

But while the Supreme Court is trending away from the per se standard, the FTC's recent decision in AmeriGas appears to be bucking the trend.

The FTC and Per Se Liability

For many years, the FTC followed the prevailing trend of reigning in the scope of per se liability. For example, in its amicus brief for the Supreme Court in Texaco v. Dagher, the FTC advocated against application of a per se standard in the joint venture context.[6] In that case, at issue was a decision by the owners of a joint venture – both competitors – regarding how that joint venture would price its product. The Ninth Circuit held such decision was a per se violation of the antitrust laws. The FTC argued that the Ninth Circuit's decision "upset[] the previously settled understanding of the scope of per se liability" and noted that "[d]epartures from the rule of reason are limited."[7] Importantly, the FTC wrote that the "improper expansion of per se liability to encompass agreements that are not clearly anticompetitive potentially undercuts the per se rule's value in discouraging unlawful conduct and facilitating effective enforcement," characterizing the Ninth Circuit's decision to use a per se analysis as "blur[ring] the bright line and sweep[ing] too broadly."[8]

Even in the prosecution of settlements between patent holders and generic challengers in the pharmaceutical industry (commonly referred to as "reverse payments") – a practice that the FTC condemned as "collusive" and costing consumers $3.5 billion annually – the FTC has been careful not to seek per se liability. Rather, at least in public filings, the FTC has argued that such settlements should be analyzed with a "quick look" analysis – a truncated version of a Rule of Reason analysis. One of the more publicized reverse payment cases challenges an agreement between Schering and Upsher. Before the Third Circuit, where the case was prosecuted by private plaintiffs, the FTC argued in its amicus brief that reverse payments should be seen as establishing a prima facie case of illegality, but that the parties should be given the opportunity to show "how and why the agreement is not anticompetitive."[9] Thus, the FTC proposed a standard shy of per se liability and with the balancing tenet of Rule of Reason analysis.

The FTC continued to assert this position in other proceedings relating to reverse payment settlements for AndroGel. In 2003, Solvay Pharmaceuticals obtained a patent for its AndroGel product. Later that year, Watson Pharmaceuticals, which later became known as Actavis, filed an Abbreviated New Drug Application for a generic drug modeled after AndroGel and alleged Solvay’s patent was invalid. In response, Solvay filed suit against Actavis for patent infringement. The litigation eventually settled with Actavis agreeing not bring its generic to market until August 31, 2015, and to promote Solvay's AndroGel. Solvay agreed to pay Actavis an estimated $19–$30 million annually for nine years. Then the FTC filed a lawsuit alleging that the settlement was an unlawful agreement in restraint of trade and a violation of the Sherman Act. The federal district court and the Eleventh Circuit disagreed. Before the Supreme Court, the FTC urged a quick look approach whereby courts would hold reverse payment settlement presumptively unlawful, but allow the parties to the settlement to demonstrate the procompetitive nature.[10] Again, the FTC argued for a standard short of per se condemnation.

The FTC's Adjudication of AmeriGas and Blue Rhino

But the agency's recent statement supporting settlement in In the Matter of Ferrellgas Partners, L.P., 11] which was put forth by two of the commissioners with one other commissioner concurring, raises the question of whether the FTC is now bucking the trend of scaling back the scope of per se liability and instead potentially looking to broaden that scope.

In 2008, Blue Rhino unilaterally decided to reduce the amount of propane in its tanks from 17 pounds to 15 pounds, while maintaining its prices. It subsequently publicly disclosed this reduction to the marketplace and to AmeriGas. After learning of this, AmeriGas, which had previously decided that it would be competitively disadvantaged if it reduced its fill level unless others in the industry did the same, unilaterally decided to also reduce the amount of propane in its tanks to 15 pounds. AmeriGas characterized the shift as a change in the industry standard (presumably because it and Blue Rhino comprised most of the industry).

Both AmeriGas and Blue Rhino implemented their tank size change and maintained their prices, but some customers, including Walmart, resisted. Walmart, for one, stated that it did not want to carry tanks of different fill levels. AmeriGas and Blue Rhino collaborated to convince Walmart to accept the tank fill change, and Walmart eventually agreed. AmeriGas and Blue Rhino did not collaborate on pricing per tank to Walmart or any other customer, but rather only on convincing one customer to accept the reduction in the amount of propane in each tank. Indeed Walmart was left to negotiate with each company individually on what it would pay for the 15-pound tank. It is safe to say that Walmart was a sophisticated customer capable of exerting its power-buyer status in such negotiations. But it is also important to note that the decision of Walmart likely drove the buying decisions of several other customers.

In its Complaint, the FTC alleged that the collaboration between AmeriGas and Blue Rhino violated Section 5 of the FTC Act. After a several-month investigation, the FTC and the parties agreed to a consent order. The agency issued a supporting statement endorsing the settlement. In the public statement, the FTC stated that reducing the volume of propane in the exchange tank while keeping the price constant was the equivalent to a corresponding price per unit increase. The agency stated that neither the fact that AmeriGas and Blue Rhino did not agree to keep their prices constant nor that Walmart had the opportunity to negotiate with Blue Rhino and AmeriGas individually on pricing had any bearing on whether the alleged conduct was anticompetitive. Nor did it matter that the initial decision by each company to reduce fill levels was made independently. According to the FTC, the agreement between AmeriGas and Blue Rhino to collaboratively work together to convince a single customer to accept the reduced fill rate "amount[ed] to a per se unlawful naked restraint on price competition."[13]

The result raises at least the appearance that the FTC may be seeking to broaden the scope of per se liability (although it is worth noting that the AmeriGas/Blue Rhino action is one brought under Section 5 of the FTC Act and not under Section 1 of the Sherman Act). The case before the agency involved a fairly novel situation: two competitors with a large market share, after unilaterally deciding to change the size of the product they offered, but not agreeing to the price they would charge, agreed to work together to convince a common customer with significant buying power to accept their revised product. The parties did not agree to limit their output (that is, they did not agree to limit the number of tanks they would make available). The FTC never alleged that the parties agreed to limit the amount of propane in their respective exchange tanks. Rather, the only agreement is that the parties will work together to convince a sole customer to accept the less-filled tanks. That does not seem like the type of situation with which the judiciary has such frequent experience that it can presumptively determine the conduct would always be anticompetitive and without redeeming nature. Nor do the facts depict an agreement that has a pernicious effect on competition.

Including marketing collaborations between competitors in the scope of per se illegality is a departure from the judicial trend. Because the case was settled via a consent decree, the FTC's determination is not subject to judicial review. However, with pending plaintiff class actions, it is possible that the determination of whether such conduct is indeed per se illegal will be reviewed by the judiciary.

[5] See, e.g., Texaco, Inc. v. Dagher, 547 U.S. 1, 5 (2006) (the Supreme Court "presumptively applies rule of reason analysis"). The point is not controversial: there are at least a half-dozen other Supreme Court cases making the same point and a myriad of court of appeals decisions. 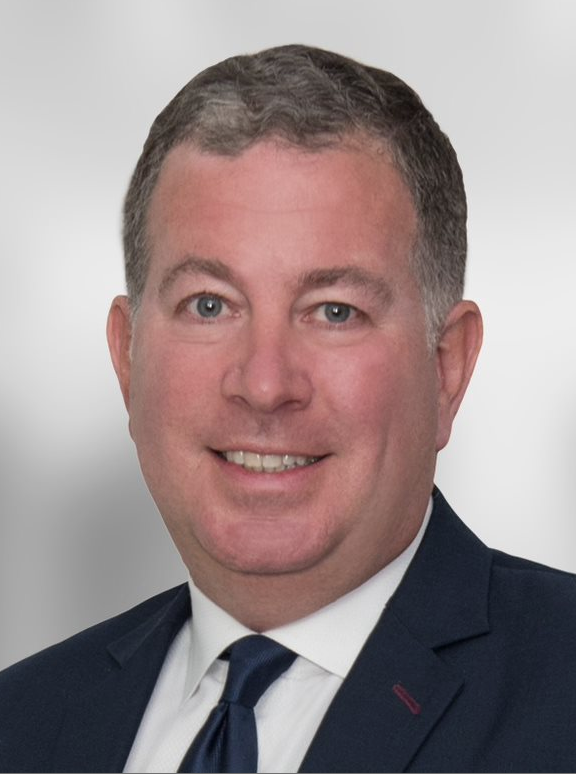