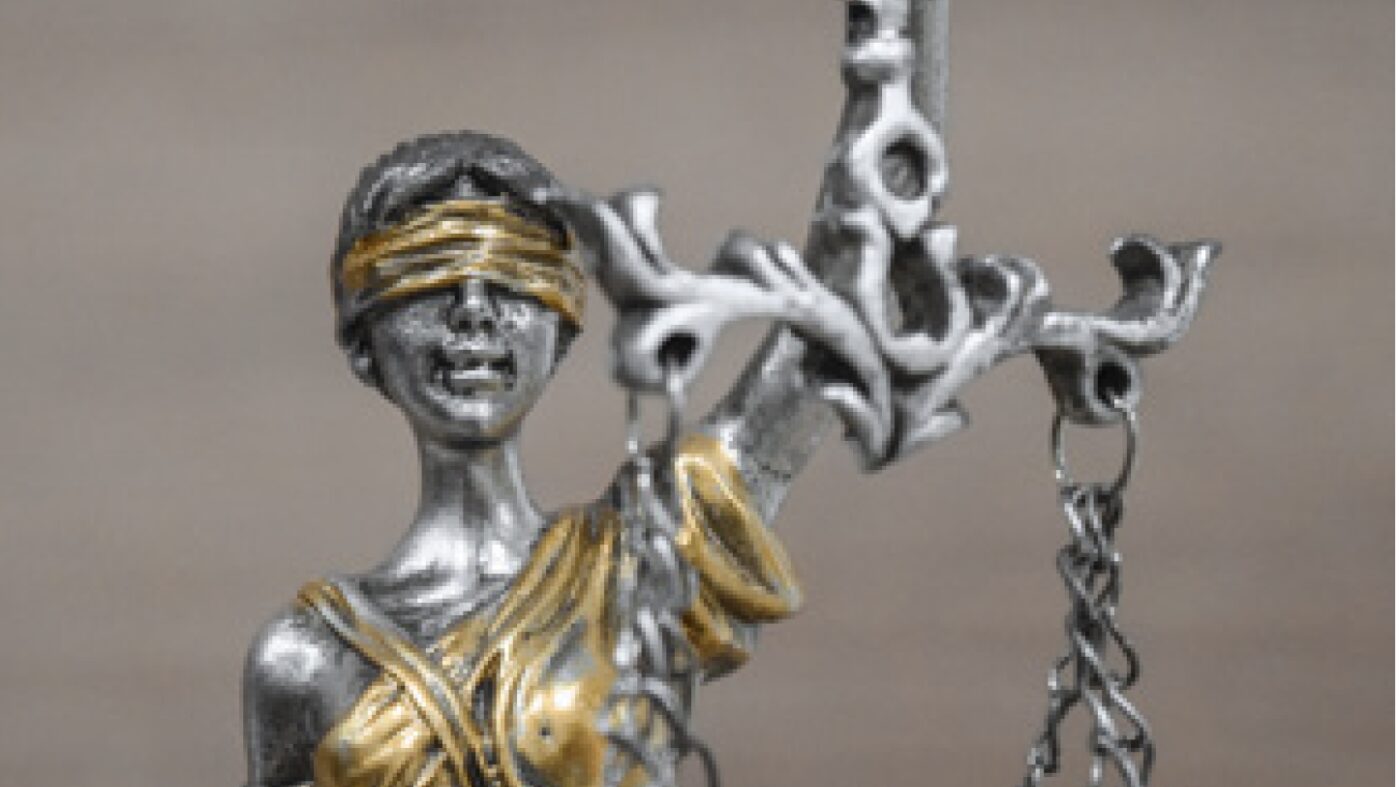 CCBJ: Tell us a little bit about Atlantic Legal Foundation and its mission.

Larry Ebner: The Atlantic Legal Foundation (ALF), which was established in 1977, is a national, nonprofit, public interest law firm. We advocate for the rule of law through strict adherence to the Constitution’s Bill of Rights, the separation of powers, and principles of limited government and federalism. We also advocate for judicial conservativism, neutrality, and civil justice. Under these broad headings, we have six specific mission areas: individual liberty, free enterprise, protection of property rights, limited and efficient government, sound science in judicial and regulatory proceedings, and school choice.

Our nationally renowned amicus curiae program is the centerpiece of the foundation’s advocacy activities. We file amicus curiae briefs – in other words, friend of the court briefs – in the Supreme Court, federal courts of appeals, and state appellate courts in cases that implicate one or more of our mission areas. Our amicus program is particularly well recognized as the nation’s leading advocate for fostering use of sound science in the courtroom and in regulatory proceedings.

In addition to the amicus program, we publish materials such as our Leveling the Playing Field series, which promotes school choice by providing state-specific information about charter schools. We’ve published three editions of Leveling the Playing Field for California, we’re currently updating the New York edition, and also have published editions for several other states.

Who are some of the key supporters of ALF, past and present?

Our broad base of supporters encompasses several categories, including foundations, major corporations, nationally and internationally respected law firms, the members of our distinguished Board of Directors and Advisory Council, and other individuals. Our supporters are listed by name in our Annual Reports.

Their support is primarily financial, but because our Board of Directors and Advisory Council includes so many prominent law firm and in-house attorneys, business executives, legal scholars, and scientists, we call upon their expertise to assist us with amicus curiae projects, with our school choice charter school program, and other projects.

As general background, I’ve been an attorney for almost 50 years. After graduating from Dartmouth College in 1969, I received my law degree from Harvard Law School in 1972. My first legal position was as an Honors Program attorney in the Civil Division of the U.S. Department of Justice. In 1974, I joined a relatively small law firm in Washington, D.C., which over the years, through mergers and acquisitions, evolved into what is now the world’s largest law firm. I stayed with that firm for 42 years, and headed its appellate litigation practice. In 2016, I decided to depart “Big Law” and launch my own appellate litigation boutique, Capital Appellate Advocacy PLLC. Last summer, the summer of 2020, I was selected by the Atlantic Legal Foundation to become its new senior vice president and general counsel, and was elevated to executive vice president and general counsel at the beginning of 2021. I was delighted to enthusiastically accept this important responsibility.

My primary role at the ALF is to be responsible for all aspects of its amicus curiae program. Amicus curiae briefs have become a well-accepted aspect of appellate litigation practice. I am the principal author of the foundation’s amicus briefs, and also monitor federal and state judicial developments in the Supreme Court and around the country to identify potential cases for ALF amicus participation. We also receive a steady stream of amicus support requests from attorneys handling appeals on behalf of clients, including from senior in-house counsel. I review those requests and help determine the cases in which we’re going to file amicus briefs.

Since its establishment in 1977, the foundation has filed hundreds of amicus briefs on its own behalf, or on behalf of other organizations, prominent scientists, and other individuals. Once we identify a case for ALF amicus support, we strategize, conduct legal research, and then author the amicus brief. I am assisted by Nishani Naidoo, who joined the foundation in 2019 as vice president and associate general counsel. We closely coordinate with the foundation’s long-time chairman and president, Dan Fisk, who consults with the distinguished members of the Board of Directors and Advisory Council to decide which cases we’re going to participate in as amicus curiae.

What would you say ALF’s priorities are for 2021?

First of all, as part of our ongoing mission of conducting, expanding, and promoting our amicus curiae program, we certainly want to continue drawing guidance from our Board of Directors and Advisory Council members. Because of the pandemic, in 2020 the foundation was unable to hold its annual awards dinner, during which we recognize a distinguished honoree, and in some years, a lifetime achievement honoree, as well. The annual awards dinner is also a major source of revenue for the foundation, so we very much hope that in 2021 we will be able to resume our annual awards dinners. That’s certainly a priority as a key way for raising funds essential to the foundation’s ability to fulfill its mission. Another priority is upgrading the foundation’s website and updating some of its publications, such as Leveling the Playing Field, which provides labor law and general guidance for charter school leaders in California, New York, and other states.

Since we've spoken about amicus curiae briefs at length, and since that's really the centerpiece of what ALF does, please share more about the function of an amicus brief.

Since we’ve spoken about amicus curiae briefs at length, and since that’s really the centerpiece of what the ALF does, I think it’s important for your readers to really understand the function of an amicus brief. It is to provide perspective, legal argumentation, or other information that does not duplicate the legal arguments or information provided by the parties themselves, but which enhances an appellate court’s understanding of a case, and the implications of the rule of law that the court is being asked either to accept or reject. This is why amicus submissions are often very helpful to courts and to parties. They give amici curiae a direct voice in the U.S. Supreme Court and in other appellate courts in cases that involve issues that are important to their businesses and industries. They are an important way for the ALF to participate in cases consistent with its mission, which is to advance the rule of law by advocating for individual liberty, free enterprise, property rights, limited and efficient government, sound science in judicial and regulatory proceedings, and school choice.

How can interested parties become involved in supporting ALF?

There are three principal ways that individuals, law firms, corporations, and other organizations can become involved. One is to visit and use our website, atlanticlegal.org, which is a terrific resource for Supreme Court and other cases in which we have participated as amicus curiae.

Second, we very much would like attorneys, whether they are in-house counsel or outside attorneys, to alert us when they are involved in an appeal that implicates ALF’s mission and in which we may be able to provide amicus support. Many law firm attorneys already “think amicus” when they’re handling appeals, and approach us and other organizations for amicus support. But one of the things I’ve tried to do over the years when writing and speaking about amicus briefs is also to get in-house corporate counsel to think about amicus support. Sometimes corporate counsel will seek amicus support from their industry trade associations, as well as from organizations such as the ALF, when their company is involved in an appeal. And sometimes they will become aware of other appeals involving legal issues that are important to their companies or industries. It’s important for corporate counsel, when they see cases like that, to think about amicus support and let us know, either directly or through their outside attorneys. On our website, there’s a link to an Amicus Support Request that attorneys can complete and send to us, or they can just contact us directly.

The third thing that interested parties can do to get involved is to provide financial support. They can attend our annual awards dinner next time we have one. They can make financial contributions to the foundation, either by contacting chairman and president Dan Fisk or any member of our Board of Directors or Advisory Council, or simply by clicking the donate button on our website.

For additional information about the foundation’s mission and activities, readers should refer to our Annual Reports, which are available on our website. 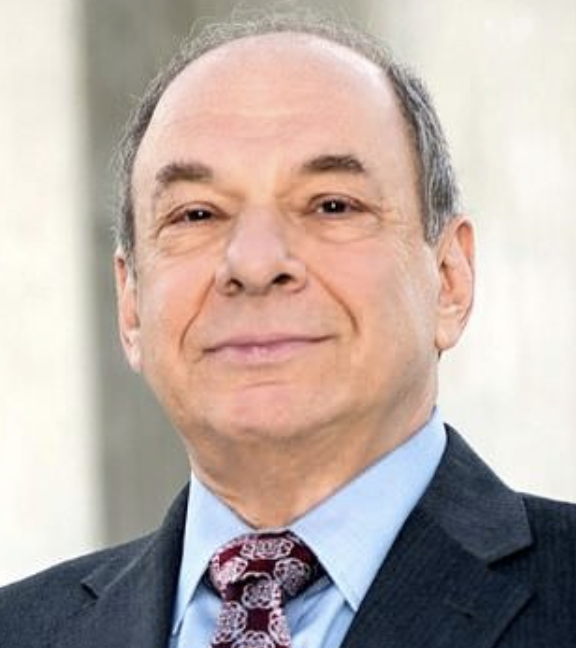 It must have been a dispiriting U.S. Supreme Court term for Washington Legal Foundation. Indeed, the sense of frustration is palpable in a blog post to the WLF Legal Pulse by General Counsel Mark Chenoweth: “The Supreme Court’s NOT Top 10: Cases the Justices Wrongly Rejected Last...