Blockchain Is Much More Than Cryptocurrency 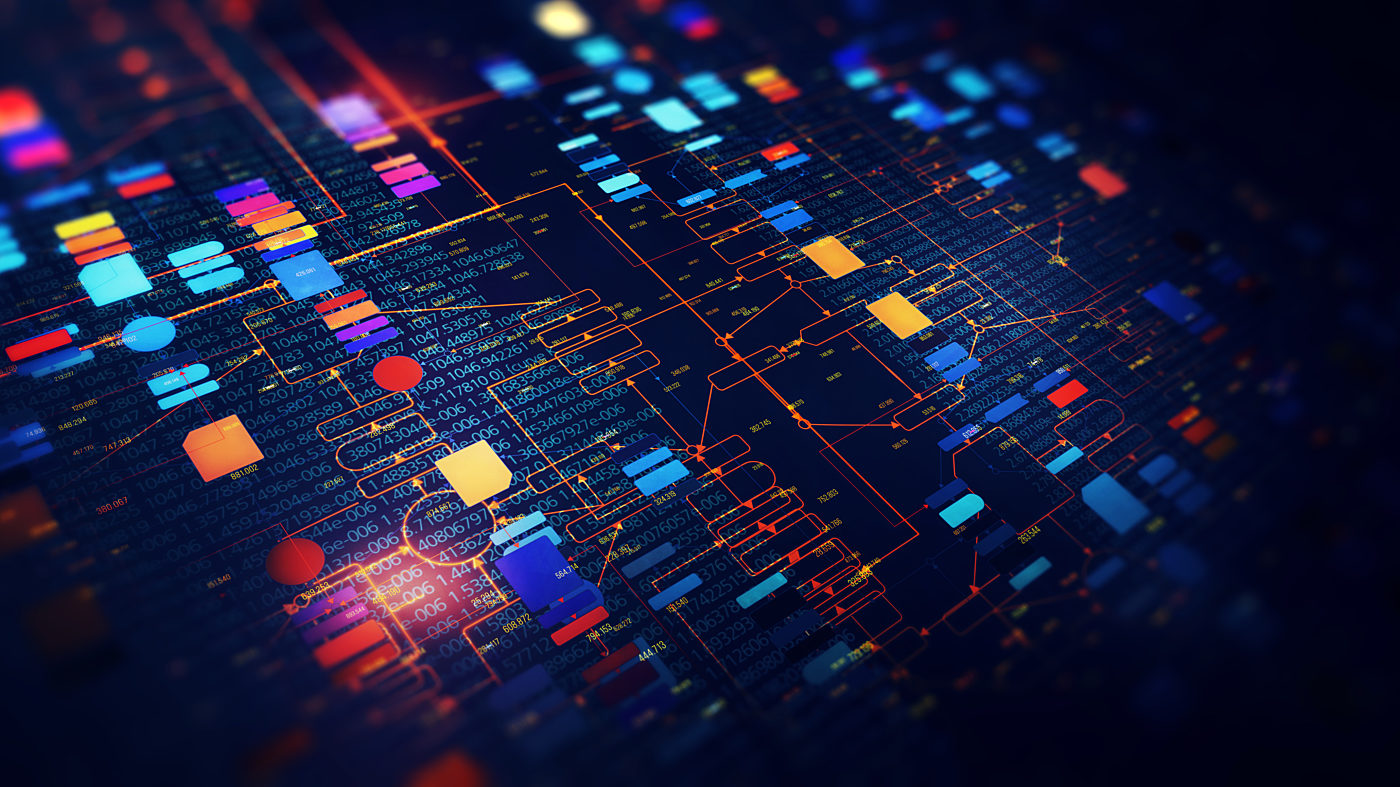 With blockchain, a company can track a single mango in 2.2 seconds. Steve McNew of FTI Consulting asks clients to consider what transformative changes blockchain can make in their business.

CCBJ: What is enterprise blockchain and how does it differ from blockchain used in cryptocurrency?

Steve McNew: While there are many differences, let's focus on a few key ones. Cryptocurrency blockchain is public. Anyone can access the blockchain, and all of the data is visible in that blockchain. Enterprise blockchain is private to an organization and whoever they give access to within their ecosystem of vendors, suppliers and clients.

Also, cryptocurrency is built around a consensus algorithm; it confirms the blocks in the chain. A business obviously doesn’t want that – you don’t want delays associated with gaining consensus. Businesses are able to create processes and algorithms to achieve this task in a much more concise and defensible fashion. Within that private blockchain, you not only restrict access to your ecosystem as you define it but you can restrict data from within the blockchain to specific individuals within your ecosystem. For example, you can give access to regulators to look at a chain of events, but only the information they need to satisfy the particular requirements that they’re responsible for.

How can law departments leverage a decentralized system to improve transparency and efficiency, and increase savings?

Smart contracts are essentially applications built on blockchain that enable you to define certain criteria, and once that criteria is met, act on it in an executable fashion. I like to think of them as if-then statements. In inventory management, for example, if the inventory drops below a certain threshold, then I need to place a new order. When using smart contracts, inventory is tracked electronically and when it reaches the minimum threshold, a new order can be placed without human intervention, and when the supplies are received and validated, the smart contract executes a payment to the vendor. Even in that simple context, smart contracts do so much for law departments.

If you think about blockchain more broadly, overall there will be fewer disputes in a blockchain-oriented environment because key benefits of blockchain include immutability and transparency. You wouldn’t have one database administrator who is a bad actor falsify information for the entire data set. Multiple parties are involved in the management of the blockchain and each block of the chain, if it’s built correctly, reconciles with the prior block and points out flaws or inconsistencies in the verification of the actions being taken through the blockchain. All of these attributes should result in fewer disputes, especially due to enhanced visibility and transparency.

What are blockchain’s vulnerabilities to cyberattacks?

Cyberattacks should be reduced significantly with blockchain environments. Now, to be clear, we all know that exchanges, cryptocurrency wallets and smart contracts have been vulnerable to cyberattacks – those are very different than attacks on a private blockchain. In a private blockchain, the distributed and decentralized nature of the blockchain makes it extremely difficult, if not impossible, to successfully breach.

Massive companies – oil and gas consortiums, Fortune 50 – are making great headway in the adoption of blockchain in some predictable ways and in other really creative and innovative ways. A large scientific organization is using blockchain for air traffic control, for example. A global food and beverage company just announced the adoption of blockchain to track coffee from bean to cup. A top Fortune 500 retailer famously said it used to take seven days to understand where their produce came from, and now they can trace a mango shipment within 2.2 seconds.

The more of that we see, the more empowered average, small- to mid-tier companies will be to carry that message to executive teams. One of the biggest impediments is that people don’t understand blockchain, and when they do, they’re not quite sure where and how it can benefit them. Having case studies from these large companies will be immensely helpful when making the argument to your business about its use.

Many times the mistake is going to the executive team and trying to explain how, technically, a blockchain works. It detracts from the real goal, which is to define the core benefits to the business. With the executive team, it’s better to have a high-level conversation around the results rather than how the blockchain will get you there.

The number-one executive question is always about return on investment. The same retailer previously mentioned had a problem that it felt blockchain could solve: How do I know the country of origin for a particular good? Rather than try to automate their entire supply chain with a blockchain, they picked one product, a mango, and began tracking. Once it proved the ROI on that concept, it began to think about other ways blockchain might be used. Take a look at small use cases to get the executive team comfortable with the idea of blockchain. Then do the ROI studies that you need to prove a case to go wider and deeper.

How can FTI’s approach help companies maximize the benefits of an enterprise blockchain solution?

We first educate companies on what blockchain can and can’t do, then we build a winning strategy. We’re not looking to help organizations implement blockchain for the sake of implementing the blockchain. Helping an organization understand what they want to get from a blockchain solution is critical, and it’s different for every organization. It’s important to isolate that goal, then marry it with a workflow in the business that can benefit from blockchain.

Next, we help companies understand the results of that intended implementation, typically through a proof of concept where we have very, very clear goals, timelines, expectations and outcomes. If we fall below the ROI outcome, whatever that ROI is, we take a step back, reassess, and decide if it is worth moving forward or if blockchain just doesn’t meet the objectives in this use case.

Software selection and vetting the software companies is essential. We help clients understand who’s in the market, who are reputable players, who are well-funded players. There are hundreds of small startup blockchain software companies, and the challenge with them is this: Are they well-funded? What happens if you set up your workflow in a blockchain software and they go out of business? From there, which products match the intended use case the best? What customization will need to happen? How does the software handle off-chain information?

Finally, we help implement smoothly, and that usually involves significant change management and information governance consulting around, say, deleting data once it’s on the blockchain, ensuring the blockchain is compliant with regulatory guidance and so forth.

What is an innovative use case you’ve seen recently?

We've seen a huge push in the oil and gas space to track product. I just spoke with a company that is tracking crude oil shipments on railcars via blockchain and pulling data from sensors about the temperature of the product in advance of it arriving. That lays the foundation to offload effectively without the traditional waiting until the product gets there, either cooling it or warming it, then implementing smart contracts on top of that to execute a deliverable for the next shipment: canceling the insurance policy on this individual railcar since it’s now arrived, paying that insurance carrier, receiving faster payment and so on. It’s a use case outside of traditional supply chain, outside of cryptocurrency or smart contracts alone. 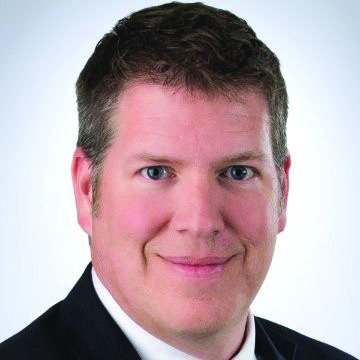 Jonathan Solomon, principal with Fish & Richardson, discusses the state of the cryptocurrency industry – what kinds of technologies his clients are looking to patent, the challenges of obtaining patent protection in this area, and where he sees the industry heading in the future.

As SEC Takes Aim at ICO Market, Will Courts Turn to Receiverships?

CCBJ: How did you get involved in receivership work and, in particular, the AriseBank receivership, which is the first in an SEC enforcement action involving an ICO promoter...

SEE ALL ARTICLES ON Blockchain