Home > Blog > The Psychology of Growing Up and Thriving 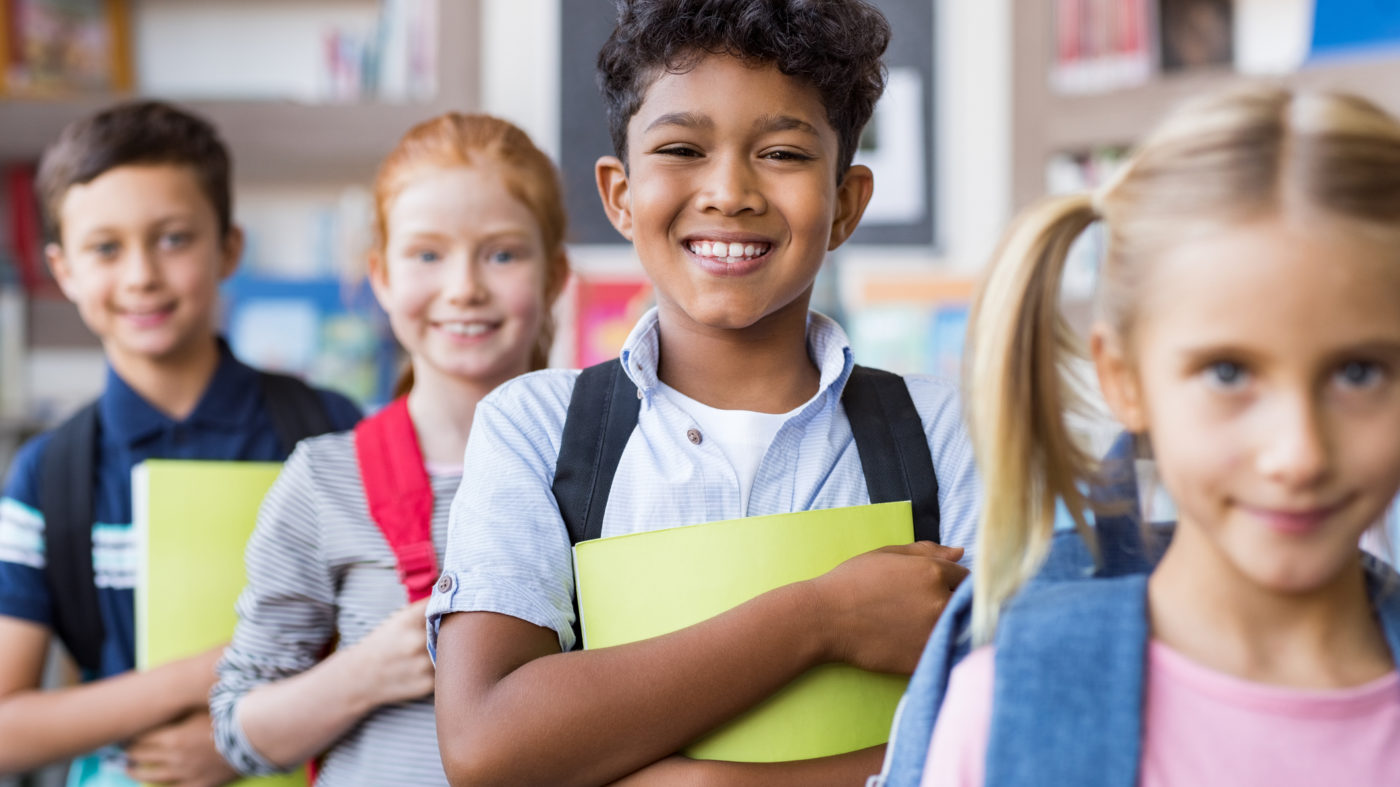 The Psychology of Growing Up and Thriving

Angela Duckworth, author of the New York Times best-seller Grit, talks about her venture, Character Lab, and the psychological science they are using to help discover what makes children – and adults – thrive.

CCBJ: Tell us about Character Lab and what it’s driving, and how you think or hope you will discover ways people can do better at adulting.

Angela Duckworth: I have just heard that term, “adulting”. It’s a good one. I am convinced that the scientific method will enable us to help kids – and of course, adults – lead better lives. We all know that the scientific method has made radically new discoveries possible. Take medicine, for example. If you ask anyone today why we live so much longer and are generally so much healthier compared to 300 years ago, they will say it’s because of science, because we better understand how the body works. However, we have done very little with the scientific method when it comes to helping kids grow up to be happy, healthy and helpful people.

I think the scientific method can be just as powerful when it comes to the psychology of growing up and thriving. Character Lab is a nonprofit that I co-founded with two educators who shared the same vision. We developed a research network of schools with visionary leaders who said, “We want more.” We look for approaches that can be applied by teachers, families or parents, that will help kids do better. For example, Carol Dweck’s concept of mindset is one of those scientific discoveries that has really changed the way teachers and parents speak with kids. If you look at Dweck's career, she spent decades doing this research. She's brilliant. It’s very hard to do what Dweck did, especially because research in schools is so complicated: interacting with administrators and teachers, firewalls in computer labs, and lots of little things. Running studies in middle and high school classrooms is distinctively different from studying undergraduates in college or adults who are in paid online panels.

From 30,000 feet, can you give some examples of the specific findings that are helping you improve outcomes?

I will point to a specific finding, but I don't want to oversell it as if we have it all figured out. One study we think is really exemplary of our goal was designed by a psychologist named Lauren Eskreis-Winkler, who considered that so much of the time when we are trying to help kids, we give them advice – this is how you should study, this is how you should avoid procrastinating, this is how you should deal with your cell phone in order to stay off of it. The paradox is that, while we are trying to help, we inadvertently undermine their own confidence and motivation because we imply, by giving them advice, that they don't know what to do and that they are essentially in a lower status role.

She suggested that we should ask kids for their advice, not give them our advice. Just ask, “What is your advice on how to stay motivated in school, stay off your cell phone in school and not procrastinate?” She created a series of seven open-ended questions – the kids could answer however they wanted – and seven questions that were multiple choice, like, “Which of the following hashtags do you think is the most useful in motivating students?" She framed the activity for the kids as how to give advice to another student who is just slightly younger.

We did a random assignment study of her activity, which took eight minutes on school computers, and then waited around to see if the kids would do better in school. In fact, they did. Compared to a control group, students who “gave advice” to other students improved their own grades. And it benefited both boys and girls equally, both children from wealthy families and those from less advantaged families, both straight-A students and students who were underperforming, and regardless of ethnicity. There is something universal about students already having some of the answers within themselves but needing to be prompted, to heed their own wisdom, in a way.

This study had the features of best practices in scientific research. Within the last 50 years, there likely have been teachers or parents who have had a similar idea to Lauren Eskreis-Winkler’s, that instead of giving their student or child advice constantly, they decided to ask the child what he or she thinks to see if the child can motivate him or herself by being in the position of the advisor, not the advisee. I think even 100 years ago individuals could have had that idea, and they did just this. It was probably really helpful, but it wasn’t studied scientifically, and it wasn’t shared. That's what we are trying to do: gain scientific insights about how children can be their best and then share the findings with a much bigger audience than just the people who happen to know or see that teacher or parent.

Character Lab is discovering these trends and figuring out how to move the needle. How are you using this information to influence what is going on in schools or families?

One of the things I feel personally dedicated to – and is also the mission of Character Lab – is translating scientific insights into actionable advice. At Character Lab, we do that by creating a conduit from the scientists to parents and teachers. If you go to our website, every word has been written by the scientist behind the work. And we have expanded how we think about "character," a term I use in the same way that Aristotle did – he used "character" to mean everything that we need to develop in the course of a lifetime in order to lead lives that are good for us and for others.

No one is an expert in everything; therefore, we have a series of playbooks written by experts on character traits like kindness, proactivity, gratitude, etc. Parents and teachers are desperate for actionable advice based on science, but we have to create the science, and I don't just mean as an organization, but as a people. We need to make it possible for scientists to do the research faster and without as much friction, and we also need to help them communicate to the public. It doesn't matter that there are great individuals with wonderful stories if nobody knows about them.

Let’s talk about the book. Your research is part of what brought you there but what made you say, "I need to write a book," and what's your hope that it is helping people achieve?

My husband said, "You need to write a book," and I said, "I am not a writer. I wouldn't know where to begin. I don't think I would be able to finish it. Nobody would read it." I also felt worried that if I wrote a book, it would take away from my life as a scientist.

But he prevailed with the single most convincing argument: that if I didn't write a book on grit, someone else would. I took that seriously, and I decided to write the book. It turns out it was a good decision – even though I would complain to him every day while writing it! I really didn't think I could finish it, and I was worried it wouldn't be very good, though I did my best. In a way, what surprised me most about writing the book was that it was one of the most scientifically challenging and exciting things I have ever done.

While writing the book, I was always thinking about an audience of non-scientists who would be asking the most common sense, useful questions. I think the reason why I like to talk to people who are not spending all their time doing the research is that they always ask the best questions because they have an outside perspective. They are not lost in the jargon and the minutiae.

Why not name the organization Grit Lab?

It’s funny, someone asked me recently about doing something, and they wanted to call it Grit. I chose not to call our nonprofit Grit Lab, in large part because as a mother and a teacher, I don't think grit is the only thing that kids need to grow up to be happy and healthy. They need many things in addition to, and probably more important than, grit. If you have a 15- and a 17-year-old, which is more important to you: that they be honest people or really gritty people? I mean, that's easy. What about happiness or success? Happiness, of course. So I study grit because it’s the common denominator of high achievers. If you look at people who win multiple gold medals or Academy Awards or Nobel prizes, you might think: What do these people have in common? The answer is they are passionate about what they do, and they are exceptionally hard workers – all the things I study in grit. But for me, what's next is not Grit II, it's not turning grit into a movement. In fact, what I’d really like to do is use the small podium I have, that little bit of attention, to draw the public to things about character that are not grit.

When I wake up in the morning, of course I want my studies to work out. Of course I want to be right. But I am working really hard on humility and to be very aware of my own limitations. And to not be defensive if, say, an educator thinks that talking about grit takes away from an interest in structural inequality or other things that are pressing. Humility is not my greatest strength, but I am working on it. 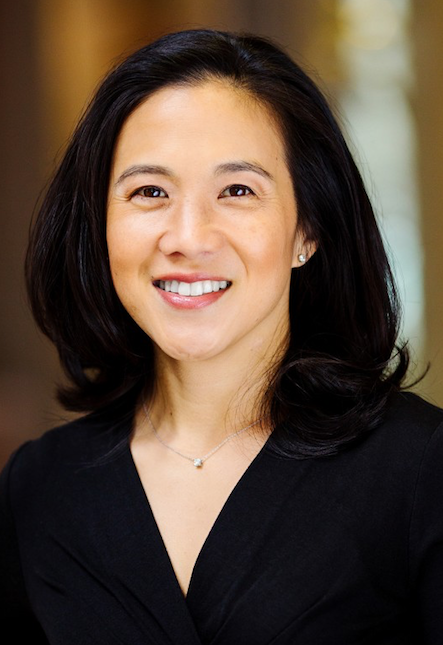