Home > Blog > GC Compensation: Cash Is King (Except in Tech) 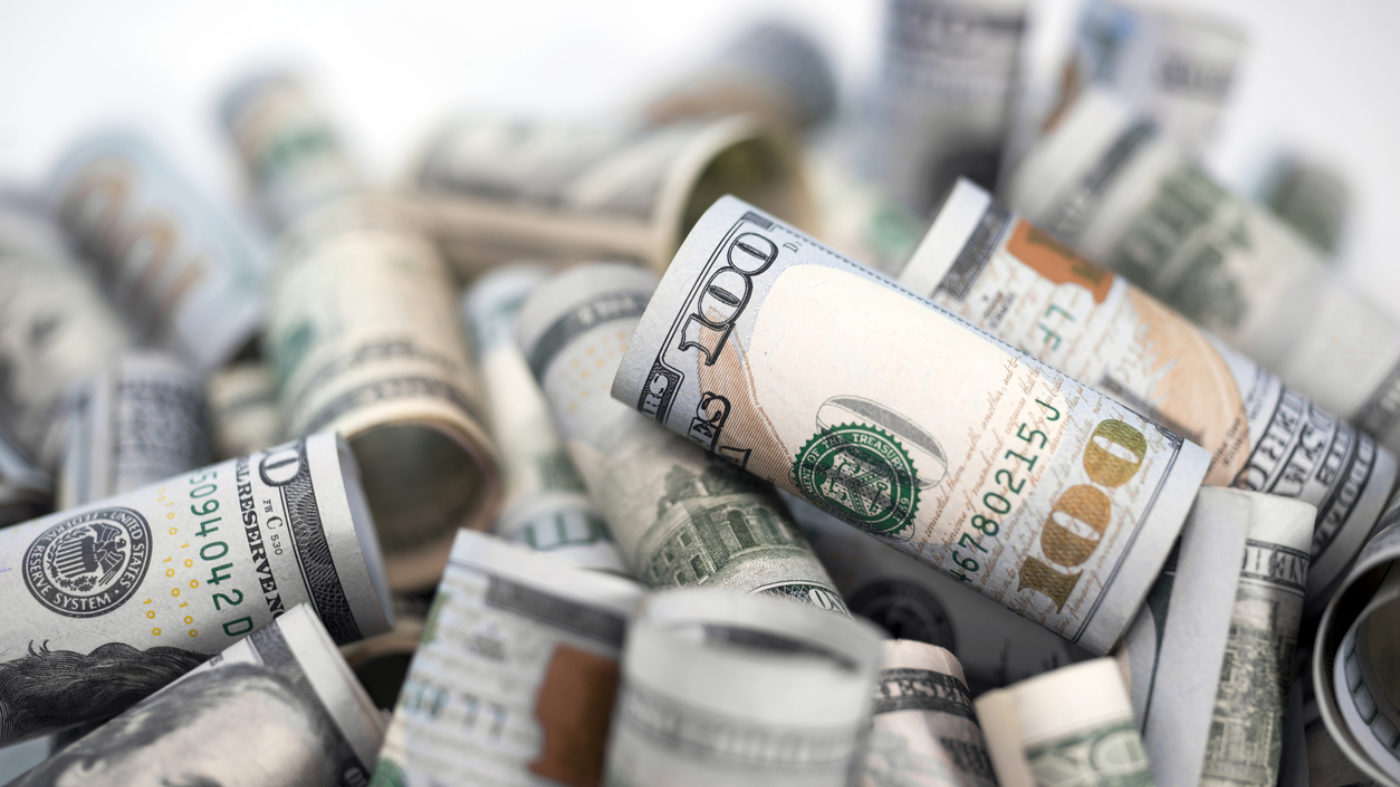 GC Compensation: Cash Is King (Except in Tech)

When it comes to GC compensation, the devil is in the details. Here are a few surprising and not-so surprising takeaways from the latest report from ALM’s annual Corporate Counsel report, drawn from 2018 SEC filings of Fortune 1000 companies. The rankings are based on cash compensation (a mash-up of salary, bonus and non equity performance-based pay). Some of the most interesting data, however, concerns stock and option awards. That’s where the really eye-popping numbers come in. Take a look.

The multi-year trend has been steadily increasing cash comp for GCs in the aggregate. The 2018 numbers continued that trend. Average cash comp for the Top 100 GCs, according to Corporate Counsel, popped almost 18 percent, from $2.03 million to $2.39 million. The average in 2011 was $1.66 million. Are GCs performing that much better? In a way. Their teams are being asked to do more with less, but they seem to be doing more for more. Their roles have expanded. Many have settled into the C-suite as strategic business advisers – ranging beyond purely legal roles. That’s certainly proving to be worth something to CFOs and other corporate executives.

Women, however, aren’t faring as well as men. Average cash comp actually dropped during this period – from $1.15 million to $1.09 million. There was also a gap of $600,000 in average bonuses – $286K for women, $826K for men. About the same number of women made the top-paid list this year, but the numbers are not terribly encouraging. CCBJ counts 20 women in the top 100. Of those, just two are in the top 10, including newcomer Katherine Adams, who moved from Honeywell to Apple when GC Bruce Sewell retired. Adams, whose cash comp was just under $5 million, received the second highest stock award, a whopping $21.5 million.

Takeaway #3: Masters Of The Universe I

The top sectors for GC compensation are financials, home of the #1 GC for cash comp for the second year in a row, Eric F. Grossman of Morgan Stanley, who pulled down just over $8 million. One more financial GC broke into the top 10, Michael Sharp of Jefferies Financial Group. Other sectors that fared especially well were media, with Disney’s Alan N. Braverman scoring $6.4 million for the media juggernaut, and technology, where Apple’s Adams and Bradford Smith of Microsoft topped the list. It is increasingly hard, however, to tell a media company from a tech company from a telecom. To give just one example, David R. McAtee of AT&T, which is transforming itself from a classic telecom to a full-blown media company, came in second overall with cash comp of $7.75 million. But he might want to be paid more like Braverman, who had almost $14 million in stock-based compensation, while McAtee had less than half that but higher cash compensation.

Takeaway #4: Masters Of The Universe II

If you slice the data differently, the list looks quite different. Not to say the finance types don’t do well, but when equity is added to the equation, tech runs away with the prize. The best example is David Drummond, Chief Legal Officer of Alphabet, who does not even make the Top 100 list based on cash comp with a salary of $650,000 and no bonus or other incentives. Throw in equity, however, and he is master of the GC comp universe at more than $47 million. And he’s not alone. Four of the top five – including the top legal dogs of Intel, Apple and Microsoft – muscle their way to the top. As John Gilmore, of legal recruiting firm BarkerGilmore, told Corporate Counsel, cash is king in finance and equity is king in tech. “It’s just a tradition in each industry sector.” 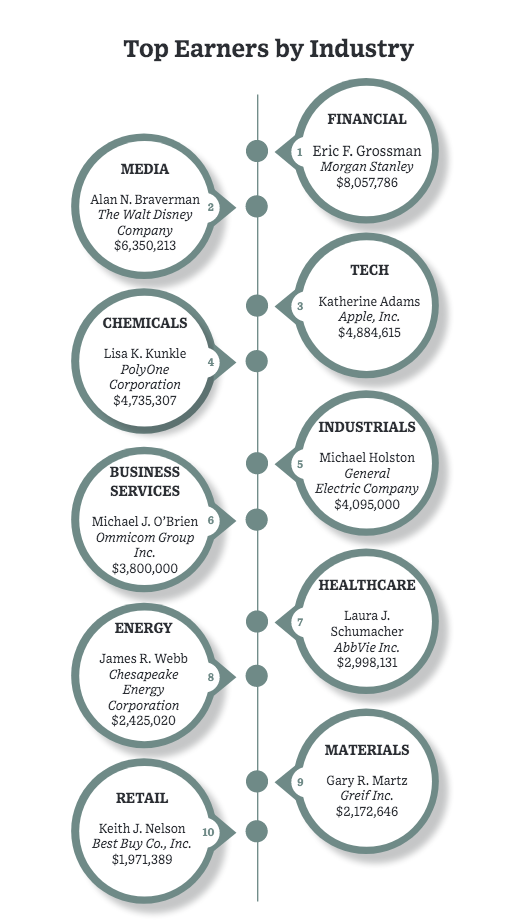