Weed & Work: Blaze up on a vacation and you may be ganja

In August 2013, the Department of Justice updated its enforcement policy to proclaim that, while marijuana was still a dangerous drug under the Controlled Substances Act (CSA), it was "not an efficient use of federal resources to focus enforcement efforts" on "possession of small amounts of marijuana for personal use on private property" or "the seriously ill and their caregivers" (see the U.S. Justice Department website, Memorandum for All United States Attorneys, August 29, 2013).

Does that mean that employers must similarly back off of enforcement of their own substance abuse policies? In a word, maybe.

Whether your business is operating in a state that has legalized the use of marijuana or not, you should be prepared to address the unique employment questions associated with both its medicinal and recreational use. You also should be prepared to evaluate both state and federal law as you revise drug testing and discrimination policies. As the employment laws and regulations evolve, the answers to these questions likely will change.

Must We Accommodate Medical Marijuana Use? While employees with disabilities may cite the Americans with Disabilities Act (ADA) and claim that their use of marijuana for medicinal purposes must be accommodated, the ADA's protections do not extend to the "illegal" use of drugs. At least for now, marijuana is still an illegal drug under the CSA. Courts that have addressed the issue generally have concluded that employers that refuse to accommodate medicinal use or terminate for positive test results have not violated the federal ADA. That said, state law must also be considered, which can be more complicated. Nevada law, for instance, places an affirmative obligation on an employer to make reasonable accommodations for medical marijuana use (except in cases where it would pose a threat of harm or an undue hardship). Other state statutes specifically prohibit discriminating against medical marijuana users in employment, even when employees test positive in a routine drug screening.

What About Recreational Use? Employees who test positive following that Colorado vacation likely will argue that their recreational use while on vacation was perfectly lawful. Can an employer terminate under these circumstances? Certainly. Will that termination withstand a union's challenge through the grievance procedure? Maybe not. For union-represented employees, a termination for off-duty conduct (especially where that off-duty conduct is legal) generally is upheld only where there is a clear nexus between that off-duty conduct and the job. Most state statutes legalizing recreational marijuana use, including Alaska's, confirm that an employer need not accommodate its use or possession. In a non-union setting, the termination may stand, and if there is no obligation to accommodate, the terminated employee's unemployment compensation benefits may also go . . . up in smoke.

Final Thoughts . . . Make the review of your company's discrimination and drug testing policies a priority for 2016. Review annually to ensure that you have considered both state and federal laws and regulations. Finally, ensure that employees are on notice of what may lead to discipline and termination, regardless of their vacation plans. 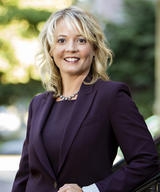