On December 9, 2014, the U.S. Supreme Court issued a unanimous decision providing significant guidance as to what constitutes compensable work under the Fair Labor Standards Act, as amended by the Portal-to-Portal Act.

The case, Integrity Solutions, Inc. v. Busk, involved a contractor to Amazon.com whose employees retrieved products from the shelves in Amazon’s warehouses and packaged them for delivery to Amazon’s customers. At the end of each shift, and to discourage theft, the employees were required to undergo a security screening before leaving the warehouses. The employees claimed that the time spent waiting for and undergoing the screenings entailed about 25 minutes per day, and through the lawsuit they were seeking overtime compensation for that time. They also claimed that the time could have been significantly shortened to a de minimis period if the shifts were staggered or more screening stations were available. Consequently, they claimed, the time devoted to the screening was for the benefit of the employer or its customer, Amazon.com, and therefore should have counted as part of their compensable workweeks.

The trial court in Nevada dismissed the case holding that the time at issue was not “integral and indispensable” to the employees’ principal work activities. Instead, the court found that the time was “postliminary.” Under the Portal-to-Portal Act, which amended the FLSA to carve out normal commuting time from the scope of the compensable work day – including time spent immediately prior to or after a shift, which is incidental but not integral and indispensable to the employees’ principal activities – preliminary and postliminary activities do not constitute work time under the Act and as a result are not compensable under the Act.

The 9th Circuit Court of Appeals reversed the district court on primarily two grounds relating to the question of whether pre- or post-shift activities are compensable. First, the court of appeals held that the time at issue was necessary for the principal work since the security screenings were required by the employer. Second, the court held that the time was also incurred for the employer’s benefit (that is, deterring theft) and, by not staggering the shifts or having more screening stations, the employer saved money. Since both of these factors related to the work at issue, the appellate court held that the work, which absent these factors may have been considered non-compensable postliminary work, became integral and indispensable to the job and, consequently, compensable.

The Supreme Court disagreed. Reversing the 9th Circuit, the Supreme Court held that the time spent for the screening activity was not compensable time. Applying precedent, the Court emphasized the long-standing principle that the compensable period during a workday stops once the last activity that is “integral and indispensable” to the job’s “principal activity” is performed. In this case, the principal activity for which the employees were employed was retrieving and packaging goods in the warehouse.

In the opinion written by Justice Thomas, the Court concluded that the screenings at issue did not relate to that principal activity, but rather they were only incidental to the job. Under the Act, those activities were non-compensable preliminary or postliminary activities. Thus, the Court held that the court of appeals applied the wrong test. The Court stated that the question is not whether the screenings were required by and for the benefit of the employer to prevent theft or otherwise. Instead, the legal question is whether the activity was tied to the productive work that the employees were employed to perform.

In this regard, the Court reached back to how the “integral and indispensable” standard developed. Key to this analysis were the reasons for the Portal-to-Portal Act’s passage, which were primarily Congress’s attempt to rein in the then-developing court precedent broadly construing the FLSA’s undefined terms of “work” and the “workweek” by including time spent relating to work to include time that occurred prior to when the employees arrived at their work stations or otherwise started to work and after, when the employees stopped that work. In essence, the compensable time was deemed to run from when an employee clocked in or arrived to the employer’s premises, until the employee actually left the site. For instance, courts were holding that time spent traveling from when employees arrived at a worksite to where the employees started to perform duties, including time spent from when employees clocked-in until they got to their workstations, was compensable.

Congress believed that those holdings resulted in windfall judgments and were causing unintended economic havoc. Therefore, the Portal-to-Portal Act was passed to expressly exclude commute time and other time that is preliminary and postliminary to the employees’ performance of “principal activities.”

Thereafter, at least since the Court’s landmark Steiner v. Mitchell decision in 1956, the standard has been that the workday begins when the employee first performs an activity that is integral and indispensable to the job for which the employee is employed to perform. Since the Portal-to-Portal Act’s passage, for example, punching time clocks and walking to workstations have been deemed to be non-compensable preliminary work so long as no other integral or indispensable activities are performed en route to the workstation. On the other hand, precedent has found that time spent picking up or sharpening tools, attending meetings, turning on machines, or donning and doffing gear needed for working in meatpacking, before a shift or arrival at a workstation, has been held to be integral and indispensable to the job, and therefore compensable.

Consequently, in Integrity Solutions, the Court rejected any notion that all time spent for the employer’s benefit is compensable and specifically held that such a construct is overly broad and improper. Otherwise, time spent walking to a workstation after clocking-in without performing any work would be compensable, as would time spent waiting in line to pick up protective gear in a meatpacking plant, which the Court recently held to be non-compensable. The Court also rejected the argument that the time spent in the screenings could have been lessened and thereby a source of liability since that fact did not alter the finding that the time was unrelated to the principal activity at issue. That concern, the Court noted, should be addressed at the bargaining table.

Explaining that the time spent on security screenings in this context was postliminary and therefore not compensable, the Court noted that “Integrity Staffing did not employ its workers to undergo security screenings, but to retrieve products from warehouse shelves and package those products for shipment to Amazon customers.” The screenings were not “integral and indispensable” to that work, the Court continued, because they were not “an intrinsic element of those [principal] activities and one with which the employee cannot dispense if he is to perform those activities.” In this regard, the Court explained that the employer “could have eliminated the screenings altogether without impairing the employees’ ability to complete their work.”

Justice Sotomayor wrote a concurring opinion, and Justice Kagan joined in that concurrence. In her opinion, she elaborated on when the lines between a compensable and non-compensable activity cross, but still agreed with the majority’s view that it does not include activities that the employee could dispense with and still do the job.

On this point, she explained that activities that impact the employee’s ability to “safely and effectively” perform the job is key to where that line is to be drawn. In this regard, she wrote: “Although a battery plant worker might . . . perform his principal activities without donning proper protective gear, he could not do so safely; likewise, a butcher might be able to cut meat without having sharpened his knives, but he could not do so effectively. . . . Here, by contrast . . . the employees could skip the screenings altogether without the safety or effectiveness of their principal activities being substantially impaired.” Further, she stressed that activities that are not “work of consequence” are not integral or indispensable.

The Impact of the Holding

With this elaboration on the definition of what is a compensable activity, one can only hope that courts will be able to evaluate pre- and post-shift activity cases with more confidence and avoid the recent trend of conflicting holdings on this issue. Rejecting the court of appeals’ application of “for the benefit of the employer” milestone guidance in this regard is key, as is explaining that the workday starts and ends when the first activity necessary for performing the activities for which an employee is hired. Certainly, the Court has clearly excluded the time involved in security screenings from the definition of the compensable workday. It is conceivable that this decision will serve to exclude other pre- and post-shift activities from the workday. Such clear guidance, therefore, is also of value to employers as they try to make sure that all time that is legally compensable is paid.

While employers and the defense bar may be quite pleased with the guidance, two caveats or warnings should be appreciated, as well. First, the decision only relates to when a workday begins or ends. The holding does not alter the rule that, once an employee performs that first task that is integral and indispensable to the employee’s principal activities, virtually all time thereafter – including walking and commuting time – is compensable until the last task integral and indispensable to the principal activity is performed. Second, some states have laws that construe the start and end of workday differently than what is required by the FLSA. Thus, employers should still make sure that they are tracking and compensating time in accordance with applicable state laws. 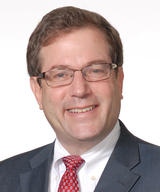