Turning Liabilities into Assets: To make intelligent decisions during litigation, you need to fully understand the electronic data

It was a good case, a simple case, alleging wrongful discharge. The merits were in favor of the defense, and, as evidence came in, it was lining up cleanly and consistently with the defendant’s recollection of the events. Barring any unforced errors, it would be a relatively smooth win. Then it happened: evidence from opposing counsel alleging alteration of critical electronically stored information (ESI), post-litigation.

Focused on a single document, it appeared troubling and irrefutable. The plaintiff’s expert concluded that not only did an employee of the defendant alter a key document post-litigation, but also specific steps were taken to hide the editing and cover the tracks. The document, and the subsequent cover-up, were leveraged to support allegations of mass alteration – everything from paper files to ESI to deposition testimony was called into question. Overnight, trusted and critical evidence lost all value. Nothing could be relied upon.

The true story became clear after discussions with the defendant. The employee admitted altering the document post-litigation, and while no content was deleted or changed, things were added. More importantly, the employee was adamant that no steps were taken to cover his tracks. The document had been incomplete, and he naively believed there was a duty to complete it prior to producing it to counsel. He was clearly wrong, but just as clearly there was no malicious intent. Even so, the evidence of tampering was strong, and the plaintiff’s expert was unequivocal and adamant about the employee’s intent to cover up his actions. It now seemed the best outcome would be a quick settlement.

In a second case, an email produced by the plaintiff appeared to nicely sum up and confirm the arguments he brought against his previous employer. A single email was going to make or break the case, and it looked solidly in the plaintiff’s favor. Again, a quick settlement seemed the best possible outcome.

In a third case, GPS data – demanded by the plaintiffs – appeared to show that the plaintiffs were active and performing work for their employer while off the clock. The defendant’s own equipment was going to be a crucial piece of adverse evidence, and in this instance a quick settlement didn’t seem to be on the plaintiffs’ agenda.

These cases share a common thread: One of the parties had an excellent piece of electronic evidence. It appeared to answer questions of fact cleanly and concisely in that party’s favor. To counter this evidence, we might think it best to try to minimize its impact, to search for contradictory evidence or simply to argue around it.

But there’s another common thread that each of these cases shared: The evidence was misunderstood, and in each case the opposing party took the time to more fully understand it. They took it upon themselves to study the evidence in depth – to recognize what it could be relied upon to show, but also its inherent limitations. Ultimately, their understanding exceeded that of the presenting party, and in each case the truth turned out to be something different – something that favored their own arguments.

After properly researching and analyzing the facts, the opposing counsel converted the presenting party’s best single piece of evidence into their own. This had a staggering effect on the cases and led to quick, favorable settlements. Liabilities were turned into assets.

Sometimes Unfavorable Evidence Is Just That

Of course, the facts aren’t always in your favor. Just because you work to completely understand what the evidence says doesn’t mean it will turn out to be what you want to hear. What if the evidence is accurate, being interpreted properly and can’t be turned into an asset? What if you are truly facing a liability? In those cases, experienced counsel still argue that superior knowledge of the facts puts them in the strongest position to represent their clients. To paraphrase “The Art of War” by Sun Tzu: If you know the enemy’s evidence and know your own, you need not fear the result of a hundred battles. If you know your evidence but not your enemy’s, for every victory gained you will also suffer a defeat. If you know neither the enemy’s evidence nor your own, you will succumb in every battle.

We saw an example of this in a recent labor matter. The initial allegations were not looking good for our client, and the early evidence supported the plaintiff’s arguments. This wasn’t a surprise to our client or their counsel. Both knew where the facts stood. However, by gathering detailed information and gaining an in-depth understanding of the evidence, the defense counsel was able to take the plaintiff’s broad generalizations and turn them into detailed specifics. This increased level of precision enabled the defendant to make more informed decisions about how they wanted to proceed and where to focus their limited resources and efforts for maximum effect. Knowing the evidence allowed them to switch to a more proactive stance in the litigation. Rather than waiting to see what the plaintiff’s next move would be, they began taking depositions and reviewing expert reports with a more critical eye toward not necessarily winning, but not giving up more than was justified by the evidence and facts.

In many ways, as much as we – counsel and consultants alike – might deny it, our job boils down to one of risk management. While we might see ourselves as shining examples of the pursuit of truth and justice, what our clients really need from us is help getting them out of litigation and back to business, all while spending the least amount of time, effort and money. In that sense, it’s our responsibility to guide them in achieving this goal by accurately informing them of how the evidence sits.

This guidance ultimately allows them to make conscious and well-informed decisions about how to proceed and to determine what makes the most sense financially for their organization. Is it better to make a settlement offer now, or to proceed with litigation? What is a reasonable offer based on the evidence and facts? How strongly do those facts stand? Without true knowledge of the strength of the evidence on both sides, answering these questions can be difficult if not impossible.

How Did It Turn Out?

So how did the examples cited in the opening paragraphs turn out? In the original case, the altered document was proven to support the defendant’s recounting of events. The “cover-up”? Upon further scrutiny, that turned out to be a misinterpretation of forensic evidence by the plaintiff’s expert. The email that summed up the case so neatly? That was a complete fabrication. The GPS data? That showed evidence of moonlighting, personal activity while on the clock and intentional efforts to undermine the company’s auditing efforts. In each case, rather than ignoring or deflecting the evidence, directly embracing it and understanding it paid off significantly.

Not all evidence, and not all cases, will go in your favor. However, proceeding from a position of knowledge will always pay dividends in the ability to make clear and informed decisions. Turning liabilities into assets won’t always win cases for you, but it can give you the ability to take control of the case and guide it to the best possible outcome for your company or client. 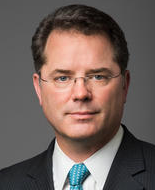 CCBJ Perspectives: How COVID-19 Has, and Will, Impact the Legal Profession

Dan Regard, president and CEO of iDiscovery Solutions, speaks with host Kristin Calve about the disruption of COVID-19 and the ability to design and pursue long term strategies in the face of this pandemic.

Directing the Course of an Investigation With Database Discovery Tactics

Julian Ackert, managing director at iDiscovery Solutions, discusses the differences between structured and unstructured data and how database discovery can allow a legal team to conserve resources and get the best outcome for their client.

Sending Pre-Existing Historical Documents to a Lawyer Does Not Make Them Privileged, But…

It should go without saying that sending pre-existing historical documents to a lawyer does not automatically immunize them from discovery as privileged. If it did, clients could box up all of their files and send them to a lawyer ― thus avoiding the documents’ discovery.

SEE ALL ARTICLES ON Discovery