A Trap For The Unwary: Employee Benefit Plans And The Fiduciary Exception To The Attorney-Client Privilege

An employer that administers an employee benefit plan often takes on the role of fiduciary. Under the fiduciary exception to the attorney-client privilege, communications between a plan fiduciary and counsel regarding matters of plan administration have been held to be discoverable, to the extent they concern a fiduciary function. There is an increasing number of cases over the past decade where plan participants have successfully barred plan fiduciaries from asserting the attorney-client privilege under the “fiduciary exception.” Some courts have even allowed government agencies to apply the fiduciary exception against plan fiduciaries’ claims of privilege when investigating instances of malfeasance. It is, therefore, important for both employers acting as fiduciaries and legal counsel to recognize their roles as fiduciaries when discussing matters of plan administration.

Fiduciary Exception To The Attorney-Client Privilege

1. the asserted holder of the privilege is or sought to become a client;

2. the person to whom the communication was made is a member of the bar or a court, or his subordinate and in connection with this communication is acting as a lawyer;

3. the communication relates to a fact to which the attorney was informed (a) by his client (b) without the presence of strangers (c) for the purpose of securing primarily an opinion on law, legal services or assistance in some legal proceeding and (d) not for the purpose of committing a crime or tort; and

4. the privilege has been claimed and not waived by the client.

First applied by English courts in the 19th century, an exception to the attorney-client privilege when applied to fiduciaries has deep roots as a principle of trust law. Under English common law, trust beneficiaries had a right to the legal advice obtained by a trustee with regard to the administration of the trust when the trustee did not anticipate adversarial legal action. It is therefore no surprise that the fiduciary exception first made its way to our shores in the context of trust litigation and has since been applied in other contexts.

ERISA Fiduciaries Are Subject To The Fiduciary Exception

One well-recognized application of the fiduciary exception is in the context of employee benefit plans regulated by the Employee Retirement Income Security Act (ERISA). As promulgated by the Second Circuit in In re Long Island Lighting Co. 129 F. 3d 268 (2d Cir. 1997), “an employer acting in the capacity of an ERISA fiduciary is disabled from asserting the attorney-client privilege against plan beneficiaries on matters of plan administration.” Such application of the exception was a natural development since fiduciary duties under ERISA are largely derived from the common law of trusts.

An entity or person is an ERISA fiduciary to the extent they, among other things, hold any discretionary authority or discretionary responsibility in the administration of an employee benefits plan. Activities constituting plan administration go beyond the specific duties required by plan documents and law, and include activities aimed at achieving the objective of the plan. Matters of plan administration to which the fiduciary exception has been applied include: investment of plan assets and liquidation of plan assets, communications to plan beneficiaries or participants, and plan benefit claim and review.

In recognizing the fiduciary exception, courts have relied on one of two interrelated rationales. The first rationale recognizes that a fiduciary seeking legal advice usually does so on behalf of beneficiaries or participants, and is not itself the “real client.” Because the purpose of the communication is to serve the interest of beneficiaries, the fiduciary’s personal interest cannot be used to assert the attorney-client privilege.

Although the fiduciary exception is most often invoked by plan participants or beneficiaries, government agencies have successfully argued in favor of the exception. The Department of Labor (DOL), for instance, has obtained discovery of documents in ERISA enforcement actions and compliance investigations. The DOL’s position has been that when investigating and prosecuting wrongdoing in the administration of an ERISA regulated plan, the DOL and plan beneficiaries have the same interest.

Scope Of Fiduciary Exception As Applied To ERISA Fiduciaries

In determining whether interests have sufficiently diverged, the context and content of individual communications is relevant. Indicative of divergent interests is the retention of counsel by a beneficiary, the threat of litigation, and the discussion of potential litigation. Each fact tends to increase a fiduciary’s personal interest in the substance of the legal advice sought. The method of payment for legal advice may demonstrate a fiduciary’s personal interest. Though not determinative, where a fiduciary pays counsel out of personal assets, as opposed to plan assets, it becomes more likely that the real recipient of legal advice is the fiduciary.

In the context of benefit claims and review, courts distinguish how interests between the fiduciary and beneficiary align before and after a claim decision. Legal advice provided prior to a claim determination is generally subject to the fiduciary exception because the prospect of post-decisional litigation is considered part of plan administration. Legal advice provided prior to a final determination, but after an initial decision, is generally subject to the fiduciary exception unless there exists a sufficient possibility of litigation. Once a final claim determination is made, however, litigation is usually the only action left to take, and the interests of the fiduciary and participant become sufficiently adverse to dispel the real client rationale. Regardless of timing, however, the key consideration in each instance is whether there is a specific threat of liability, rather than a generalized concern.

Thus, determining whether the fiduciary exception applies to a particular communication with counsel requires a fact-specific inquiry into the objective of the legal advice, including timing of the communication, who is paying for the legal advice, the implication of a fiduciary’s personal interests and whether litigation is more than a possibility.

Whether The Fiduciary Exception Applies To Insurers

At least one federal circuit has distinguished how the fiduciary exception should apply to insurers because of the nature of the relationship between employee benefit plan insurers and plan participants. Where an entity maintains insurance policies for employee benefit plans, it typically does not manage trust assets. Rather, the insurer pays out claims, and pays for legal advice, from assets it owns and manages. The insurer’s profits may also be derived from those same assets, creating what the Third Circuit in Watchel v. Health Net, Inc., 482 F. 3d 225 (3d Cir. 2007) described as a “structural conflict of interest.” Although most courts do not automatically preclude its application to employee benefit plan insurers, the unique characteristics of an insurer’s role may be relevant to whether the fiduciary exception applies in a particular instance.

When Seeking Legal Advice Be Aware Of Who Is The Client

Employers who serve as ERISA fiduciaries should be conscious of the dual rationale for the fiduciary exception and understand that not all communications with attorneys regarding employee benefit matters are privileged. A practical guide for employers in all communications is to:

Furthermore, when it becomes clear that the interest of an employer/fiduciary and that of a plan participant or beneficiary are set to diverge, communications with an attorney should be maintained separate from previous communications and the attorney’s services should be billed directly to the employer. 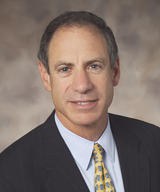 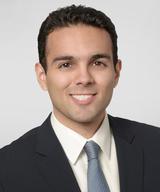