In recent years, participants in U.S. healthcare markets have witnessed aggressive efforts by U.S. authorities to pursue criminal penalties for antitrust violations. That trend appears set to continue: as Acting Assistant Attorney General Richard Powers reiterated during an interview on February 12, 2021, the U.S. Department of Justice Antitrust Division (DOJ) remains focused on investigating and, if appropriate, criminally prosecuting antitrust violations in healthcare industries.[1] And while President Biden's administration is in its early days, we expect that antitrust enforcement in the healthcare sector will only further intensify under the new administration.

A corporate guilty plea for criminal activity can have drastic collateral consequences to the business itself, as well as other key stakeholders, including consumers, employees, and shareholders. This is also true in pervasively regulated industries like healthcare. While recent history shows that companies in the healthcare sector might be able to avoid a criminal guilty plea in favor of a deferred prosecution agreement (DPA), that outcome is not guaranteed, and in any event, comes with its own ramifications. This article provides an overview of recent criminal enforcement in the healthcare sector and the availability of DPAs in such cases.

Section 1 of the Sherman Antitrust Act prohibits "[e]very contract, combination . . . or conspiracy, in restraint of trade or commerce . . ."[2] The DOJ is the federal agency responsible for criminal enforcement of the Sherman Act.[3] As a matter of policy, the DOJ pursues criminal liability only for so-called "per se" violations of Section 1—a narrow category of restraints between horizontal competitors that agree to fix prices, rig bids, or allocate customers or markets. Companies that violate the Sherman Act face criminal guilty pleas and corporate penalties of up to $100 million (or more) for each offense, while individuals—often high-level executives—can face criminal penalties of up to $1 million and ten years in prison for each offense.

In the last 22 months, the DOJ has charged seven generic drug manufacturers with "per se" criminal violations including conspiring to fix prices, rig bids, and allocate customers for generic drugs between May 2013 and December 2015. Five of the companies resolved the charges via DPAs (set forth below), paying a combined total of more than $426 million in criminal antitrust penalties. Two additional companies await trial.[4] In addition, four senior executives have been indicted on criminal antitrust charges, with three entering plea agreements, averting prison sentences of up to 10 years each provided that they continue to cooperate with the government. They will be sentenced once the government closes its investigation. Based on the offense levels and the DOJ's Sentencing Guidelines, the sentences could range anywhere between 15 and 96 months. One executive continues to await trial.

Healthcare market allocation has also been a consistent area of focus for the DOJ. In March 2020, Florida Cancer Specialists & Research Institute, LLC (FCS) was charged with participating in a conspiracy to suppress and eliminate competition by allocating medical treatments for cancer patients between 1999 and 2016.[5] Specifically, the parties agreed to allocate medical oncology treatments to FCS while allocating radiation oncology treatments to a competitor located in three counties in Southwest Florida. This arrangement eliminated competition and elevated prices for consumers. FCS entered into a DPA with the DOJ under which it paid $100 million in criminal antitrust penalties to resolve the federal charges and paid $20 million to the state of Florida. In addition, the founder and former President of FCS was indicted; that case remains ongoing.

The DOJ has also taken on anticompetitive employment practices in the healthcare sector. Indeed, several years after announcing a focus on competition issues in labor markets—and a policy shift treating such restraints as criminal—the DOJ's first pair of criminal actions have both targeted restraints in healthcare employment markets. On December 10, 2020, the DOJ charged Neeraj Jindal, the former owner of a physical therapist staffing company, with criminal wage fixing.[6] The DOJ alleges that, from March 2017 to August 2017, Jindal shared non-public pay rates for physical therapists and physical therapist assistants with another staffing company, which enabled his company and rivals to lower their employees' compensation.[7]

Less than a month later, on January 5, 2021, the DOJ filed its first corporate criminal "no-poach" indictment against a company that operates outpatient medical care centers.[8] A "no-poach" arrangement is an agreement between businesses not to compete to hire away each other's employees. The DOJ alleges that the defendants, Surgical Care Affiliates LLC, and its successor, SCAI Holdings LLC, entered into no-poach agreements with two other healthcare companies with the goal of suppressing the wages for senior-level employees.

The charges in each case remain pending. Both illustrate that healthcare companies must refrain from engaging in anticompetitive restraints not only of outputs (e.g., selling goods and services to consumers), but also for inputs (e.g., hiring skilled labor).

While healthcare companies have faced a flood of criminal antitrust charges in recent years, many have resolved the charges against them without a criminal guilty plea or trial. Instead, a number of companies have ended their claims with a DPA.

A DPA is an agreement under which the government brings charges against a defendant but agrees not to move forward with its case. In exchange, the defendant agrees to abide by certain conditions, admit wrongdoing, and pay a hefty criminal penalty. In addition, the recipient must take on certain additional burdens, such as agreeing to cooperate with the DOJ's investigation of other conspirators (and even the company's employees). If the defendant abides by the terms of the DPA for a designated period (usually several years), the DOJ will drop the charges and therefore, agreeing to a DPA does not result in criminal conviction. If, however, the recipient fails to abide by the terms of the agreement, the DOJ can enforce the indictment against the company, relying on the company's admission of criminal wrongdoing to swiftly obtain a criminal conviction.

So how does a company qualify for a DPA? And why do they appear prevalent in recent healthcare cartel cases?

The answer has to do with DOJ policy on whether and how to charge a company. When determining whether to charge a corporation with a criminal violation of any kind, the DOJ considers several factors.[9] These factors are not applied equally; some factors may not apply at all, or one factor may outweigh all others. Among these additional "Filip" Factors (named after former Deputy Attorney General Mark Filip) are:

In heavily regulated industries, like healthcare, a felony conviction can set off a chain of collateral consequences that could impact the company's ability to continue providing healthcare services. For example, a criminal guilty plea might automatically—by operation of law—bar a company from participating in federal and state healthcare programs (effectively shuttering the business). In that circumstance, a DPA can be used to enable a healthcare company to continue providing valuable services to consumers.

The DOJ has sought to make clear, however, that DPAs should not be seen as a default position in the healthcare industry.

As noted above, in the generic drugs case, five defendants entered into DPAs with the DOJ. Under the agreements, the companies agreed to pay criminal fines and/or civil damages and cooperate with DOJ's investigation. The monetary penalties have varied from as little as $3 million to more than $200 million for a single corporate defendant. In addition, although the companies already had compliance programs, the DPAs state that the companies must continue to implement compliance programs "designed to prevent and detect criminal antitrust violations."

In the FCS case, the potential for collateral harm to FCS's patients and cutting off the group's access to government-provided cancer research funding, should the company be found criminally liable, played a major role in the DOJ's decision to offer a DPA.

The above examples raise the question: Are healthcare companies "too important to plead guilty?" Recent DOJ statements and actions make clear that the answer is a resounding "no." As discussed, two companies are awaiting trial in the generic drugs investigation, and within the last three months, the DOJ has filed charges against both an individual and two healthcare companies who allegedly engaged in no-poach and wage-fixing conduct.

A DPA is also not something to aspire to: the costs to the business in terms of reputation, penalties, and management distraction, make that resolution far more akin to a guilty plea than to leniency from antitrust prosecution. Further, recipients of a DPA are not entitled to de-trebling of damages in follow-on class action litigation, as are qualifying recipients of leniency under the DOJ's Corporate Leniency Program. Indeed, the DOJ is incentivized to make DPAs a strong deterrent in order to discourage illegal conduct and to encourage criminal actors to be the first to report criminal behavior so that they qualify for leniency.

In recent years, the DOJ has intensified its focus on the healthcare sector and has not shied away from bringing criminal charges. And while the DOJ has said that DPAs are not the default resolution for criminal healthcare violations, recent cases show that companies can seek to qualify for DPAs in appropriate situations. Outside of collateral consequences, the DOJ looks at several factors to determine eligibility for a DPA, including how cooperative is the company with the government; at what stage it began cooperating; the company's past conduct; whether the company has a history of antitrust problems; and the company's compliance program.

The most effective way to avoid a criminal guilty plea and the attendant consequences to the key stakeholders (including consumers of healthcare goods) is a robust compliance regime capable of preventing—or at least, detecting—antitrust conduct. We recommend that all companies continuously review their antitrust compliance programs to ensure that they are robust and tailored. In the healthcare sector, the government's scrutiny of antitrust issues looks set to continue. 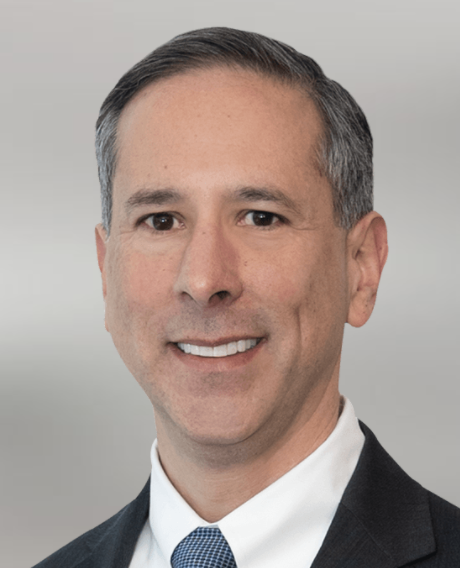 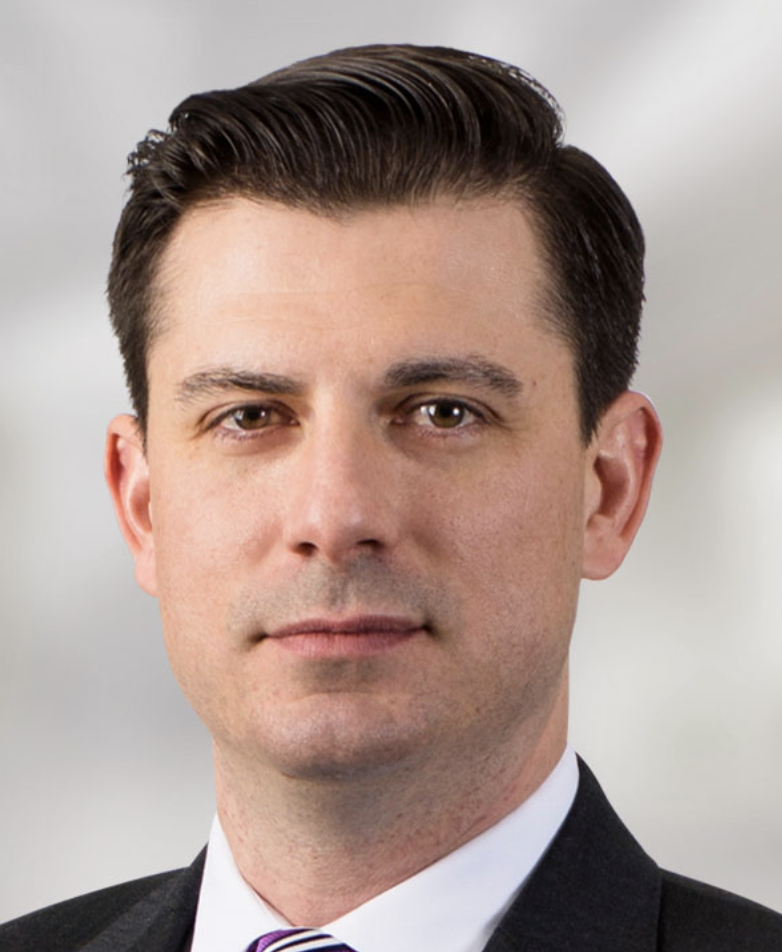 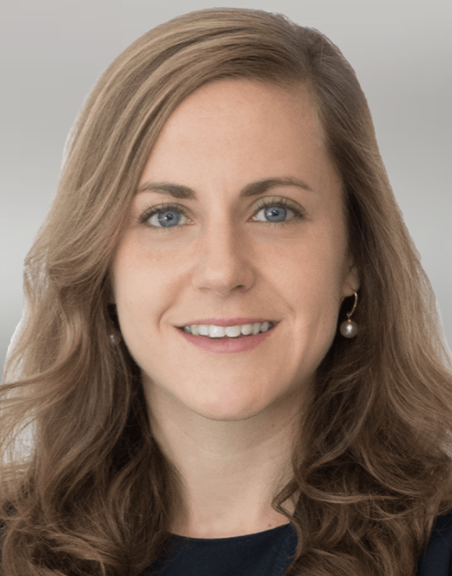 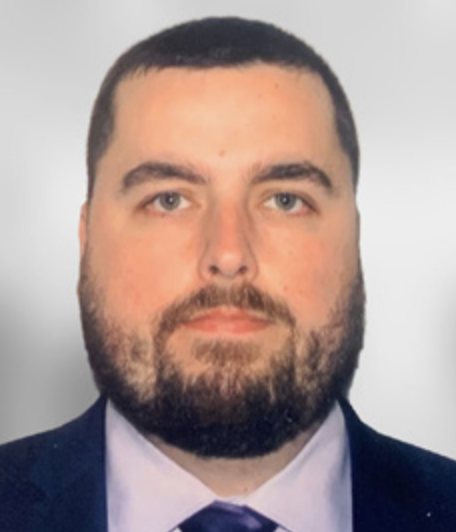