CCBJ: The services of telecom companies are becoming more commoditized. What does this mean for telecom executives today and five years or more from now?

Florian Groene: In the short term, executives should focus on strategic spend management to protect margins so they are able to keep their dividend commitments and fund the 5G network investment agenda. This will require more than traditional cost-cutting and austerity measures. It will also call for looking at the fundamentals that drive structural cost, and finding ways to reduce complexity, digitize the front and back office and rethink operating structures with a clean-sheet design mind-set. Having a clear view of the required target cost position, five years out, will be a good starting point.

Longer term, executives need to figure out ways to bring differentiation back to their businesses, which requires making choices and investments today. Having a strong network with great coverage alone won’t cut it. Some may look at horizontal platforms, such as IoT, digital identity, security and privacy or value-added analytics services. Others may look at a select set of vertical solution plays, such as connected cars and fleets, mobile financial services or digital content and entertainment. But these will require deep pockets, scale and real innovation prowess, which won’t be for everyone.

Every carrier will need to figure out how to reinvent the core of the company, the connectivity business. This will look very different in the 5G era, with truly heterogeneous networks that blend owned, shared and public network assets seamlessly, provide computing capabilities at the network edge and converge fixed and mobile connectivity. There will be no single answer or model strategy; carriers will take different paths. A big problem today is that carriers try to do everything across several platforms, vertical solutions and network technologies. Strategy involves making choices, and this includes saying “no” more often than “yes.”

Telecom deals have ballooned recently. Where do you see telecom-related M&A going, and what are the business and legal challenges likely to pose the greatest hurdles to a successful acquisition strategy?

Groene: As telecoms build out their networks for the 5G era, they will continue to weigh where it makes more sense to buy versus build assets. This will particularly be the case when it comes to fiber, which takes a long time to deploy and amortize. Wireless spectrum will also see continued focus and deal activity, not only in spectrum auctions, but also in trade sales between carriers.

When it comes to acquiring product and service capabilities, I’m a bit more cautious and expect that carriers will reconsider their past approach as product and service portfolios move from one lifecycle to the next. For instance, data center, hosting and cloud assets were acquired by the dozen five to eight years ago. Now we’re seeing a significant number of divestments in those same spaces as carriers shed assets that haven’t delivered on anticipated growth and returns. You could speculate that in a few years, we could see another divestment cycle of underperforming content, media and video assets.

Also, carriers are increasingly squeezed for cash, so we should expect an increasing focus on partnership-based approaches to tap into product and service innovation. The affordability question of building 5G at scale is one that not all carriers
will be in a position to answer. Carriers may be better off providing connectivity, distribution and potentially some platform enabler services through value-added wholesale-type arrangements to partners that overlay content and software. Another play might be to simply license, integrate and resell white-labeled third-party solutions. Whatever the model may be, their cash position (and significant debt leverage) will force carriers to take a more measured approach here, and also learn from mistakes of the more active M&A environment of the past.

On a related note, telecom industry consolidation has lagged, which has intensified competition, cut into revenue growth and tightened margins. What will it take to break this pattern?

Groene: I’m not sure I agree entirely. We have actually seen a lot of consolidation in U.S. wireless, and wireline, as well. In U.S. wireless, regional carriers have largely disappeared, and the big four have rolled up most of that market share. We probably haven’t heard the last of merger talks, particularly among the smaller major wireless carriers.

In cable broadband, the story is similar, and the current market structure actually resembles the wireless market, with two market-share leaders and two smaller regional challengers. There is still some room for consolidation and roll-up of the remaining smaller players.

In U.S. wireline, the situation is similar, as well. There are two large players focused on the major metropolitan statistical areas (MSAs), while a handful of smaller players create regional rural footprints. The wireline sector is facing the biggest challenge, as it must take on costly replacements for aging copper infrastructure that cannot deliver broadband services competitive with cable or the next generation of fixed wireless home broadband services. As a result, it’s unclear if these assets have a role to play in a consolidation scenario, or if they’re simply nearing the end of their useful life.

Where I do expect to see consolidation momentum is across the wireless, wireline, cable and satellite sectors. Technologies are converging, and carriers will seek to build richer bundles to hold on to customers and add competitive differentiation. Most cable operators have launched wireless services, initially as mobile virtual network operators in partnership with one of the large wireless carriers, but they may develop an appetite for more if owner economics make sense.

An important factor will be whether U.S. market convergence is met with a regulatory framework that also widens the lens and increasingly sees broadband as one sector, irrespective of whether it’s wireless or wireline. This could make more deals permissible.

Experts predict that the combination of artificial intelligence and 5G will power a new generation of devices. How will this play out in the market?

Raman Chitkara: All major technological disruptions contribute to business disruptions as the rules of the game are rewritten. As a matter of policy, we refrain from naming specific companies that could be winners and losers. However, we can say that winners have a tendency to recognize the disruptions. They are more likely to embrace change and make the necessary transformation to their business on a proactive basis. Losing companies tend to ignore or argue against the disruptions. They often consciously or subconsciously fight to preserve the “status quo.” Even when they finally accept reality, they are slow to make the necessary changes. When they do, they often make the wrong changes or are too late to be relevant anymore.

For telecom companies, what are the two or three most important regulatory developments you anticipate in the next few years?

Chitkara: Data privacy, data ownership and how best to leverage the data for starting new services and business offerings will be a constant challenge in years to come, with regulators across the globe differing in their approaches and timing of the regulations. There will also be disputes and litigation among the key players in the telecom, media and technology ecosystem on the subject of data ownership and resulting IP ownership. Smart companies need to be agile, thoughtful, flexible, proactive and collaborative when it comes to dealing with these issues.

Dr. Florian Gröne is an advisor to executives in the communications, media, and high-tech sectors for Strategy&, PwC’s strategy consulting group. Based in New York, he is a principal with PwC US. Reach him at [email protected]
Raman Chitkara is PwC’s Global Technology Industry Leader. With over 35 years of experience, he has a deep understanding of the challenges and opportunities facing technology companies across the globe. Reach him at [email protected] 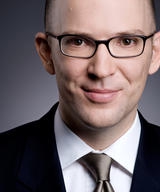 The D.C. Circuit’s TCPA ruling is a good first step. Congress should seize the moment, too.

In mid-March, a three-judge panel of the U.S. Court of Appeals for the D.C. Circuit unanimously ruled that the previous Federal Communications Commission’s convoluted approach to...

When first enacted in 1991, the aim of the Telephone Consumer Protection Act (TCPA) was to address consumer privacy concerns within the context of emerging (at that time) automatic telephone dialing systems (ATDS), which enabled telemarketers to contact many more consumers on their phones and fax...

SEE ALL ARTICLES ON Telecommunications