The D.C. Circuit’s TCPA ruling is a good first step. Congress should seize the moment, too.

In mid-March, a three-judge panel of the U.S. Court of Appeals for the D.C. Circuit unanimously ruled that the previous Federal Communications Commission’s convoluted approach to unwanted wireless robocalls was so unreasonable it violated the law. The court largely agreed that the rules were contrary to law and “arbitrary and capricious,” paving the way for the current FCC to fix the mess and for Congress to modernize a law that was enacted before smartphones or text messaging existed.

In its 51-page decision, the D.C. Circuit struck down the FCC’s 2015 interpretation of “capacity,” which made every smartphone user a violator of federal law whenever he or she made a call or sent a text message without advance consent. This decision marks an important step toward curbing abusive Telephone Consumer Protection Act (TCPA) lawsuits. In mid-march, a three-judge panel of the U.S. Court of Appeals for the D.C. Circuit unanimously ruled that the previous Federal Communications Commission’s convoluted approach to unwanted wireless robocalls was so unreasonable it violated the law. The court largely agreed that the rules were contrary to law and “arbitrary and capricious,” paving the way for the current FCC to fix the mess and for Congress to modernize a law that was enacted before smartphones or text messaging existed.

Smartphone use is ubiquitous, with nearly 80 percent of adults owning such a device in 2016. Today, a majority of people prefer text messages as the primary way to communicate. Businesses understand this and naturally go where their customers are – to texting, with messages about everything from fraudulent-purchase alerts to when the takeout food is arriving. But in 2015, the FCC enacted draconian and incoherent rules that dictated how companies can communicate with their customers under the TCPA.

In essence, the rules created a road map for plaintiffs’ lawyers to sue.

And sue they did. In a 17-month period after the initial FCC ruling, lawsuits for alleged TCPA violations shot up by more than 46 percent, according to a U.S. Chamber Institute for Legal Reform study. It also found that 60 percent of those lawsuits were filed by a mere 44 law firms, with two law firms filing more than 200 suits.

The new rules became a goldmine for plaintiffs’ attorneys, who clogged up federal court dockets with frivolous litigation. These class action lawsuits do not have to be based on any actual harm to the plaintiff. Thus, they have not been aimed at the bad guys – companies that inundate consumers’ phones by running massive robocalling operations with impunity. Instead, these lawsuits were filed against both big U.S. companies with sophisticated compliance programs and small mom-and-pop businesses that were simply trying to communicate with their customers in the most effective way.

Companies faced crushing litigation based on technical missteps, such as mistakenly calling the number of a customer who had agreed to be called but whose phone number was later reassigned to another person. Approximately 35 million telephone numbers are disconnected each year. Wireless carriers reassign 100,000 numbers every day. Some law firms obtained phone numbers just to receive robocalls; one even came out with a smartphone application called “Block Calls, Get Cash.”

Individual plaintiffs, often aided by plaintiffs’ firms, turned these lawsuits into a cottage industry. One man in Texas has filed more than 60 TCPA cases. A woman in Pennsylvania turned TCPA suits into what she called “a business,” collecting at least 35 prepaid cellphones and storing them in a box when she didn’t use them. When companies called, she would tell them they had the wrong number and log the call. Under the current TCPA, she was entitled to between $500 and $1,500 per errant call.

A Tennessee man used three different cellphones to stockpile reassigned phone numbers, waiting for businesses to call that had no clue the number was reassigned. He sued one home security business after filling out their survey and meeting with an installer to find out whose name to put on the suit.

The March court ruling is a good first step. It gives the FCC a fresh chance to use common sense to rethink overly expansive definitions and revisit previous interpretations that essentially required companies to be omniscient about reassigned phone numbers. The FCC has the opportunity to bring much-needed clarity and sanity to an area of the law that has become little more than a trap for companies, sprung by lawyers who make millions.

The current agency, under Chairman Ajit Pai’s leadership, is supporting innovative technologies to block illegal robocalls by spoofers and scammers and is working to punish the bad guys, not businesses trapped in the language of a law passed at a time when cell phones were the size of bricks.

Congress should seize the moment, too, and address TCPA reform in a meaningful way. For example, Congress should limit the time in which someone can bring a lawsuit to one year and revise the uncapped statutory damages currently available under the TCPA. Additionally, the D.C. Circuit’s decision underscores the need to enact the Fairness in Class Action Litigation Act of 2017, which passed the U.S. House of Representatives last year and is still waiting for passage in the Senate. That bill would ensure that plaintiffs’ lawyers prove up front that they will be able to readily identify class members, and actually deliver them the proceeds of any settlement, before a class can be certified.

No one should get a scam robocall during their family dinner, but legitimate companies that are using new technologies to communicate with their customers should not be punished either. After all, a great many Americans find it helpful to hear from the pharmacy when a prescription is ready for pickup or from an insurance company when a policy has lapsed.

Technology has changed dramatically since the TCPA was signed into law in 1991. There is no question that reform is desperately needed, and the focus needs to be on stopping those who are misusing the law for personal profit.

It’s time for Congress to pass meaningful reforms to a woefully outdated law. 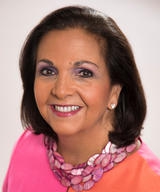 CCBJ: The services of telecom companies are becoming more commoditized. What does this mean for telecom executives today and five years or more from now?

Florian Groene: In the short term,...

When first enacted in 1991, the aim of the Telephone Consumer Protection Act (TCPA) was to address consumer privacy concerns within the context of emerging (at that time) automatic telephone dialing systems (ATDS), which enabled telemarketers to contact many more consumers on their phones and fax...

SEE ALL ARTICLES ON Telecommunications