California’s anti-SLAPP statute was enacted in 1992 to prevent lawsuits that would have a chilling effect on First Amendment protected free speech.1 The anti-SLAPP statute provides a mechanism for an early determination of such claims, as well as an attorneys’ fees provision that allows for the recoupment of fees and costs by a prevailing defendant.[2] Under the anti-SLAPP statute, a defendant must make a threshold showing that he, she or it was engaged in an act in furtherance of a right of petition or free speech in connection with a matter of public interest. Once the threshold showing is made by the defendant, the burden then shifts to the plaintiff to show a reasonable probability of prevailing on the claim to avoid dismissal.[3] Protected activity under the statute includes “a statement made . . . in a public forum, in connection with an issue of public interest” or “any other conduct in furtherance of the right to free speech, in connection with . . . an issue of public interest.”[4] As the case law has developed, it has become clear that television programs, publications, and websites that inform and entertain the public are public for purposes of the anti-SLAPP statute.[5] Courts have struggled, however, in determining whether the act of creating entertainment works constitutes an issue of “public interest.”[6]

On March 1, 2011, in Tamkin v. CBS Broadcasting Inc., the California Court of Appeal issued a decision that clarified the standards under California Civil Code § 425.16, California’s anti-SLAPP[7] statute, laying to rest any concerns that the court’s prior holding in Dyer v. Childress may have created for entertainment media companies.[8] Tamkin and other recent cases make clear that an issue of public interest is defined as “any issue in which the public is interested,” a bright line rule that Dyer had previously called into question.[9]

The Public-Interest Requirement Is To Be Construed Broadly

Tamkin involved the creation and broadcast of an episode of the television series CSI: Crime Scene Investigation (“CSI”) that featured a “married couple in the real estate and/or mortgage business, one of whom would commit suicide by overdosing on fluoride.”[10] Plaintiffs’ full real names were used by CSI writers as placeholders for the names of a fictional married couple in preliminary drafts of the episode’s script.[11] Before the episode was produced or broadcast, the surname of the fictional couple was changed, but not before a preliminary draft script including the plaintiffs’ names was provided to talent representatives for casting purposes.[12] Despite security procedures intended to protect confidentiality, the synopses were improperly “leaked onto the Internet and posted on various Internet web sites, including some ‘spoiler’ web sites discussing CSI.”[13]

The Tamkin court found that the defendants’ activities of writing, casting, and broadcasting the CSI episode gave rise to the plaintiffs’ lawsuit and were in furtherance of the defendants’ exercise of free speech in creating CSI.[14] The application of the anti-SLAPP statute depended primarily upon whether the defendants’ acts were in connection with a matter of public interest.

The anti-SLAPP statute does not define “public interest.”[15] Consequently, many court decisions prior to Tamkin have grappled to find a correct and consistent definition.[16] In 2007, in Dyer v. Childress, the California Court of Appeal narrowly defined the public-interest requirement.[17] There, the writer of the screenplay Reality Bites had used the name of the plaintiff, her former film school classmate, as the name of a fictional character in the film.[18] The plaintiff sued the defendants for the alleged misuse of his persona in the tenth anniversary DVD of Reality Bites.[19] The Dyer court held that the defendants’ conduct in releasing the DVD was not protected activity because the defendants failed to show that the persona of the plaintiff, a private figure, was connected to an issue of particular “public significance.”[20] The court’s holding suggested that speech in an entertainment work that is not “of public significance” may not be entitled to protection under the anti-SLAPP statute.[21] In applying the foregoing analysis, the Dyer court injected a qualitative evaluation – “significance” – into the public interest element.

This portion of the Dyer opinion departed substantially from legislative history and California case law establishing that the public-interest requirement is to be construed broadly. The scope of the anti-SLAPP statute was determined early in the statute’s history. In 1996, in the case of Zhao v. Wong, the court of appeal held that matters of public interest under the anti-SLAPP statute are limited to matters of “public significance,” i.e., “speech pertaining to the exercise of democratic self-government.”[22] A subsequent case, Braun v. Chronicle Publishing Co., rejected Zhao’s narrow interpretation of the anti-SLAPP statute, explicitly recognizing that a matter has public significance if “it is an issue of public interest that is aired to the public or in a public forum.”[23] In 1997, the legislature settled the issue by adding to the anti-SLAPP statute a specific directive that the statute’s provisions “shall be construed broadly” in order “to address recent court cases that have too narrowly construed California’s anti-SLAPP statute.”[24] This amendment “was intended specifically to overrule Zhao v. Wong” and adopt the analysis of Braun and another case that similarly “construed the statute broadly.”[25]

Consistent with the foregoing, some post-Dyer court of appeal decisions ignored Dyer and continued to construe the public-interest requirement broadly. These cases held that as long as a defendant demonstrates that an appreciable number of people had an interest in the entertainment work at issue, defendants’ activities relating to entertainment work were connected to matters of public interest, regardless of whether the issues were “significant.”[26] Nevertheless, Dyer has never been overruled.

Against this backdrop, the Tamkin court was tasked with determining whether the Tamkin defendants’ activities in the creation and broadcast of the CSI episode satisfied the public-interest requirement of the anti-SLAPP statute. Notwithstanding the plaintiffs’ heavy reliance on Dyer, the Tamkin court, in quoting Nygard, clarified that “‘an issue of public interest . . . is any issue in which the public is interested’” and “‘need not be significant to be protected by the anti-SLAPP statute.’”[27] Applying this standard, the Tamkin court held that “the creation and broadcasting of CSI episode 913 is an issue of public interest because the public was demonstrably interested in the creation and broadcasting of that episode, as shown by the posting of the casting synopses on various web sites and the ratings for the episode.”[28] The Tamkin court distinguished Dyer by noting that the court in Dyer “never addressed the issue of whether there was any public interest in the creative process underlying the production of the film,”[29] whereas, in Tamkin, the defendants “showed that there was a public interest in the writing, casting and broadcasting of CSI episode 913.”[30]

The Tamkin Court Resolved Other Questions Created By Dyer

Other aspects of the court’s decision in Dyer created potential problems for entertainment media defendants as well. First, the Dyer court focused on the plaintiff’s formulation of his cause of action, rather than the defendant’s speech or conduct, to determine whether the anti-SLAPP statute applied.[31] Such an approach turns the protected speech inquiry on its head by requiring the defendant to show that engaging in an unlawful act (i.e., misusing the plaintiff’s persona) is a protected activity. The Tamkin court expressly rejected the Dyer court’s “focus[] on the lack of a ‘discernable public interest in Dyer’s persona’” in evaluating the applicability of the statute.[32] Rather, the Tamkin court clarified that the statute’s express “statutory language compels [a court] to focus on the conduct of the defendants and to inquire whether that conduct furthered such defendants’ exercise of their free speech rights concerning a matter of public interest.”[33] The court rejected any notion that the anti-SLAPP statute requires that “the plaintiff’s persona be a matter of public interest.”[34]

Second, although cases decided prior to Dyer had suggested that the anti-SLAPP statute applied to the creation, development and production of an entertainment work,[35] the Dyer court’s holding called into question whether, and under what circumstances, the statute might apply to such conduct. Due to statute of limitations constraints, Troy Dyer’s lawsuit was limited to claims regarding the sale and dissemination of the tenth anniversary DVD edition of Reality Bites. As a result, the court did not address whether the anti-SLAPP statute applied to the creation, development and production of the movie itself, which would naturally have included the drafting of the screenplay with Troy Dyer as a character, among other things. Tamkin clarified that the underlying creative process of an entertainment work, in addition to the resulting broadcast, “is an exercise of free speech.”[36] Cases prior to Tamkin had determined that the defendant’s pre-broadcast activities constituted protected activities because they were sufficiently connected to a broadcast of public interest.[37] In Tamkin, however, the defendants demonstrated a public interest in the creative process itself by presenting undisputed evidence that numerous Internet websites devoted to CSI – where thousands of fans discuss all aspects of the show, including upcoming plot lines – had posted the casting synopses.[38] The undisputed evidence actually demonstrated a specific public interest in the creative process itself, rather than simply the program in general.

The Impact Of Dyer And Tamkin On Entertainment Media Defendants

Furthermore, Tamkin’s holding does not give entertainment media defendants carte blanche. In rejecting plaintiffs’ argument that the court’s ruling would “effectively negate” defamation and privacy actions with respect to entertainment media defendants, the Tamkin court observed correctly that the anti-SLAPP statute is not a bar to meritorious defamation and privacy claims against media and entertainment defendants – those claims will still proceed if the plaintiff satisfies the second prong of the anti-SLAPP statute by showing a reasonable probability of prevailing on his or her claims.[39]

[2] Cal. Civ. Proc. Code § 425.16(c)(1); Ludwig, 37 Cal. App. 4th at 16 (the anti-SLAPP statute was intended to provide a “fast and inexpensive unmasking and dismissal” of lawsuits that implicate the constitutional right to freedom of speech).

[7] “SLAPP” is an acronym for “strategic lawsuit against public participation.”

[31] See Dyer, 147 Cal. App. 4th at 1280 (“[T]he representation of Troy Dyer as a rebellious slacker is not a matter of public interest and there is no discernable public interest in Dyer’s persona. Although Reality Bites may address topics of widespread public interest, the defendants are unable to draw any connection between those topics and Dyer’s defamation and false light claims.”). 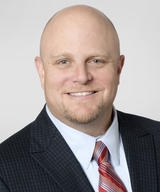 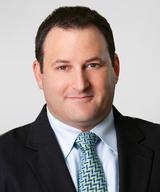