Marissa Román Griffith: Advances in technology are having an impact in our industry in many, many ways – how content is created, how it’s distributed and even how independent films and episodic series are financed. With streaming, there has been a tectonic shift in the way independent projects are financed, and especially in the presale of foreign rights on those projects. This was sparked initially by the emergence of Netflix, which was quickly followed by Amazon, Hulu and other streaming services. When it first started streaming content, Netflix only required U.S. rights for a project. Now it is requiring all rights for all territories throughout the world, typically for a flat fee, usually payable in installments over several years, and usually with no back-end compensation.

That type of arrangement has some advantages for an independent film producer. It avoids the requirement of having to pay for a theatrical release, which many foreign distributors would need. And it’s not necessary to scramble for the print and advertising funds that you need to support a theatrical release. Another advantage is that these arrangements are for worldwide distribution. That’s great for an independent producer, because your project can be seen worldwide by everybody who has access to that streaming service.

However, one of the cons of this arrangement is that there’s not much financial upside for the independent producer. Hopefully, they’ll get a license fee that lets them make some profit. But typically that’s all they’ll see because they don’t have the ability to take foreign rights and sell them elsewhere, unless they are able to hold back some rights to sell on their own.

At this point, I don’t think that Amazon and Hulu are requiring this global approach on all projects. Often the producer will keep foreign rights and just sell the U.S. rights. But I wouldn’t be surprised if we see more providers following the Netflix model.

All of that has shifted dramatically in the past several years. I don’t have a crystal ball, but I expect there are going to be more shifts because of new models and new forms of distribution that are going to emerge. It’s going to be interesting.

We’re hearing more about the growth of virtual multichannel video programming distributors (vMVPDs) – services that provide aggregated content over the internet, as compared to traditional MVPDs, such as cable providers. What impact are they having?

There are a number of major vMVPDs that offer live streaming with content that’s much the same as major broadcast and cable channels, but with lower pricing and even smaller, “skinny” packages of channels – services like Sling TV, DIRECTV NOW, Hulu and YouTube TV. They are already affecting the market in two major ways. One is that they’re reaching untapped consumers – the folks who don’t actually have access to cable MVPDs in their area. Second, the vMVPDs are also reaching people who do have those cable services in their area but are interested in cord-cutting – those who say, for example, that cable is too expensive and I don’t need access to 500 channels. These people are looking to access content in other ways.

What about virtual reality (VR) and augmented reality (AR)? What can we expect there?

I think that’s a really big growth area, and projects in that space are not limited to using VR and AR to do marketing for non-VR and non-AR projects, which is much of what we’ve seen so far.

For example, at the Consumer Electronics Show in January, there was a big splashy announcement about there being a Downsizing augmented reality experience there, obviously in connection with the film Downsizing. But now we’re starting to hear about more stand-alone VR projects beyond that type of marketing or outside of the gaming space. An official selection at the 2018 Sundance Film Festival was an episode of a three-part virtual reality series produced by filmmaker Darren Aronofsky, called Spheres.

Also, Paramount partnered with the Bigscreen virtual reality platform at the end of last year to offer a virtual reality movie theater experience. This was in connection with promoting Top Gun 3D, which basically turns the original film into a 3-D experience. Any consumer with any brand of virtual reality headset could sign onto the Bigscreen site online and experience Top Gun 3D in a way that looked and felt like they were in a movie theater, where they could interact with thousands of other viewers. And then, for 24 hours after they logged on, they could watch the Top Gun 3D movie for free in 30-minute increments. This was an experiment in marketing the reboot of an existing film, but this approach could easily be used for a new project that hasn’t been released yet.

There is a concern about how long people can sit in a VR experience or an AR experience before they become dizzy or have other side effects. But I do think that as audiences become more and more used to using AR and VR, the time period is going to keep expanding. It’s similar to the early 20th century, where people watching the first silent films would duck when an image of a wave came at them on the screen. Today, even with heavy special effects-driven projects, we don’t blink at those kinds of things. We’ve gotten used to them, and we don’t interpret them as being real. So I think you’re going to see a similar progression in how humans are able to consume AR and VR content.

Where do you see opportunities for growth by content providers?

In general, it all relates to diversifying content offerings in a multitude of ways. You see this in terms of subject matter and the huge success of recent films such as Wonder Woman and Black Panther. When it’s done in an organic way, in a way that makes sense, there is a huge demand out there for subject matter that is more diverse than what we’re used to getting.

Providers should also think about diversity in terms of access – the manner of viewing. People are accessing content in so many different ways now, including on-the-go, when they’re traveling, or from places like college students’ dorm rooms. There are so many different ways you can access content – through streaming services, mobile devices, vMVPDs and so on. People are accessing virtual reality, too, whether it’s through gaming or an actual virtual reality project.

Providers also need to focus on diversifying the pricing options they offer, using things like skinny bundles and pick-your-channel packages. That will be key to competing with cord-cutting options such as vMVPDs. One-price or one-size packages do not fit all consumers anymore.

Looking forward, what should media companies be conscious of as they’re planning for growth?

For one thing, make sure you’re not left behind with all these changes, particularly the VR experience. It’s very similar to moving from silent films to talking films – if you’re not on board, you’re going to be left behind. We’re also seeing increasing government scrutiny of acquisitions between entertainment companies, similar to what we’re seeing with AT&T’s proposed acquisition of Time Warner. So that’s obviously another concern. And companies have to be concerned about consumer backlash – if plans or services or access or pricing are changed, consumers will not be happy unless it’s done in a way that benefits them. And often, it isn’t.

You’ve been involved in a number of programs focusing on women in the industry. Can you tell us about those?

Last fall, we launched our in-house Women in Entertainment networking initiative, which is directed toward senior executives in the entertainment space who happen to be women. This initiative is focused on bringing female senior entertainment executives together to cross-promote each other, strategize about business and job opportunities, and discuss other topics of interest.

Marissa Román Griffith, a partner at Akin Gump, focuses her practice on entertainment transactional matters. She is recognized as an industry leader for her representation of domestic and foreign financial institutions, borrowers, distributors and others involved in various aspects of the financing, distribution and production of film, television and digital content. Reach her at [email protected]. 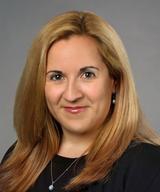 The Current State Of IP Litigation In The Entertainment Industry

Editor: Please tell us about your background and current practices. Fink: Early in my career, I worked for several years at a firm that had a substantial entertainment and First Amendment litigation practice. As my career continued, I had many fantastic opportunities to learn from lawyers and...