CCBJ: Shariff, you recently joined Akin Gump. Tell us about your practice and what your primary focuses are.

Shariff Barakat: I work mainly on renewable power projects, on the finance and tax side. In the United States, many technologies – and renewable energy projects in particular, such as solar and wind power plants – are subsidized by the federal government using tax credits. There are relatively complex financing structures in place to efficiently monetize those tax credits, and those structures are often referred to as “tax equity”. I specialize in tax-equity financing, and for the last number of years it’s been very solar and wind focused.

Overall, I’m a tax lawyer. I started out as a tax lawyer and I practiced pure tax law for the first four years of my career. Then I also became a corporate lawyer, primarily handling the commercial and corporate side of tax-equity financing transactions, but also other related transactions in the renewables and infrastructure space. At Akin Gump, I’m in the tax group and I’m the go-to person for all things related to renewables taxes and tax equity. I also support the project finance and development group from the tax side as well as the commercial and corporate side of the transactions. Again, for the most part, I focus on tax equity, but I also handle some mergers and acquisitions and some debt financing as well.

That’s where my practice is right now. But there are some growing areas of focus. Renewables are not going anywhere. They’re growing and they’re showing no signs of deceleration. There is some really cool stuff on the horizon as well. One of the things I’m really excited about is carbon capture and the asset class and industry that is growing and developing around that. In fact, that was one of the really cool synergies between myself and Akin Gump, which as a firm has a really venerable traditional energy practice. So marrying that up with my tax-equity expertise has been an area of focus for myself and for the firm and many of our clients right now, and it should be a growing area going forward.

What developments do you anticipate we will see from the Biden administration within tax equity and project finance?

We probably need another interview – or a whole series of them – to go over everything that’s going to happen here. There is some major legislation making its way through Congress right now that is focused on implementing “the Biden agenda.” There are going to be a great deal of changes there, but as it relates specifically to my world, including power projects and infrastructure assets, there’s been a bipartisan infrastructure bill in the works for a couple of months now and it has now been passed by both chambers of Congress. There is also a companion bill that is getting worked on as well. If we take a step back from the project finance and development perspective, the big-picture takeaway is that there’s a lot of public money coming into this space. All of this is going to lead to more project opportunities and financing opportunities because the public dollars aren’t going to cover all of those costs.

Then on the tax side, we’re sticking with the same framework for about five years. We’re not doing a major overhaul of the system here, but we are tweaking things in very material ways. One of the things that is most interesting to me is how these bills are going to impact the tax-equity markets. For several years now, since the Tax Cuts and Jobs Act, there’s been a lower level of corporate tax capacity in the United States, which interestingly enough has not helped companies in the renewables space. That’s actually been a problem for them, because the tax credits generally need to be monetized by large financial institutions like Wall Street banks and insurance companies. Those guys had their tax liability cut almost in half. So there has simply been less supply while at the same time you have growing demand in the form new renewables projects. The Build Back Better Act that is still being negotiated contains mechanisms that are designed to eliminate this bottleneck. However, these “direct pay” mechanisms come with their own considerations that make them only situationally ideal. Tax equity will still have a place, especially for solar projects.

Then on top of that, you have a whole host of incentives, subsidies, and carrots and sticks that are being put into law to promote renewable energy and address climate change generally. Much of those are getting run through the tax code. There is a proposed tax credit for hydrogen, for instance. There are tax credits that will become active in about five to six years that are technology agnostic that wouldn’t just be for wind or solar – they would be for anything that reduces greenhouse emissions. So, big picture, there is a very concerted effort to address climate change and to address the country’s aging infrastructure. That’s going to create opportunities.

How has the Biden administration influenced investor attitudes toward domestic infrastructure and renewable energy projects?

Generally, the private sector, the people, the electorate, the business community and the world – everyone is looking around and saying, “We need to do something about climate change. We need to create a sustainable environment that humans can continue to grow and thrive in.” And the Biden administration is in that camp. They’re among the people who want to do that. There’s already a very eager attitude, openness and a desire to invest in and develop renewable energy projects, infrastructure projects, pipelines for captured carbon or hydrogen, those kinds of things. Many people are also thinking about information technology and how we’re going to be communicating and sharing data over the next several decades.

The Biden administration is doing a lot of good work to help the U.S. government play a major part in all of those opportunities. As we were discussing earlier, there are the subsidies and incentives, some of which are getting run through the tax code, some of which are getting run through grant programs and research credits and programs. It’s all coming together to create a really optimal time to be looking at U.S. domestic infrastructure and renewable energy projects – and the investor base, the private community, is seeing this and they’re jumping all over it. I’ve seen more startups in the carbon-capture space in the last year than in the previous four years put together. The Biden administration is amplifying existing investor sentiment and private sector sentiment in terms of where to build projects and develop infrastructure.

What types of new investment vehicles do you anticipate?

From what I’m seeing, the contours of who is investing and how the investments are being made isn’t changing too dramatically. But I think you’re going to see a bit more innovation on the investment vehicle side. For example, in the renewable energy space as I mentioned earlier, there are negotiations going on right now in some of the legislation for “direct pay.” And that would effectively make some of the tax credits refundable. Looking at the structure of those direct pay options, it’s not perfectly equivalent to what tax equity is or will be in the future, in terms of how the money comes in or the timing of the diligence. But even for direct pay, you’re going to have new types of financial products that are going to help bridge the gap between what tax equity looks like today and what any kind of direct pay option might look like in the future.

We may also see an uptick in public-private partnerships. That’s likely coming given how much focus there is on infrastructure and due to the inherent public utility nature of infrastructure. And then finally, in a world that’s flooded with money from central banks everywhere, there’s going to be leverage. That will be an interesting dynamic to watch develop – the forms that the leverage takes, particularly in the renewable energy sector, and where that leverage sits, whether it sits with the projects or further upstairs in investor pools somewhere. I don’t know what it’s going to look like, but it feels like there’s going to be a lot more leverage in the system over the next 10 years than there was over the previous 10 years.

What should our readers know about tax equity and project finance to ensure that they are best representing their companies and stakeholders?

We can break that down into opportunities and traps for the unwary. Let’s start with the opportunities. Much of corporate America does not participate in tax equity and the tax-equity markets. Tax-equity financing sources are dominated by major financial institutions, banks and insurance companies – although there are some profitable corporates, tech companies, media companies, and others that do participate. But I think there is untapped potential there. Tax equity is something to take a look at to see if your organization might have an appetite for it. The way I like to describe it to people is that you can cut a check to the Treasury or you can cut a check to a renewable energy project developer. Those are both methods to pay your taxes, but by doing the latter and supporting a developer, at a fairly minimal risk, there are some good returns to be had.

There’s a learning curve, but it’s not as steep as people might think. You have to understand the assets, of course. But it’s worth looking into. It’s worth seeing if your company has the profile to do it. And there’s a lot that can be outsourced, which brings up the question of how you are dealing with project finance generally. Are you being well advised? And this is where we get into traps for the unwary – because project finance is inherently a non-recourse type of mindset. The developer is not on the hook generally is a project does not work out, but specific assets are, so you have to ask, you know, what the covenants are. What does the deal really look like? How is it going to impact the commercial side of the company going forward? What constraints is it going to place on management and their flexibility and their ability to pursue their own endeavors?

Having a good understanding of the answers to these questions, and getting good advice – which oftentimes is external – is crucial. You want to get a product that is effective and well-tailored to the particular entities, to the particular borrower. Not just something off the shelf but something that really works for the specific project, the specific business and the specific organization. Sometimes you see folks cut corners, for lack of a better way to put it, and try to save on the costs of external advisers and whatnot. But you don’t know what you don’t know, right? So if you’re not a frequent user of project finance, be cautious and make sure at the outset that you’re are well advised and well educated. But also, be aware that there are really cool opportunities out there in terms of tax equity. There are opportunities to turn a tax liability into a profitable investment. 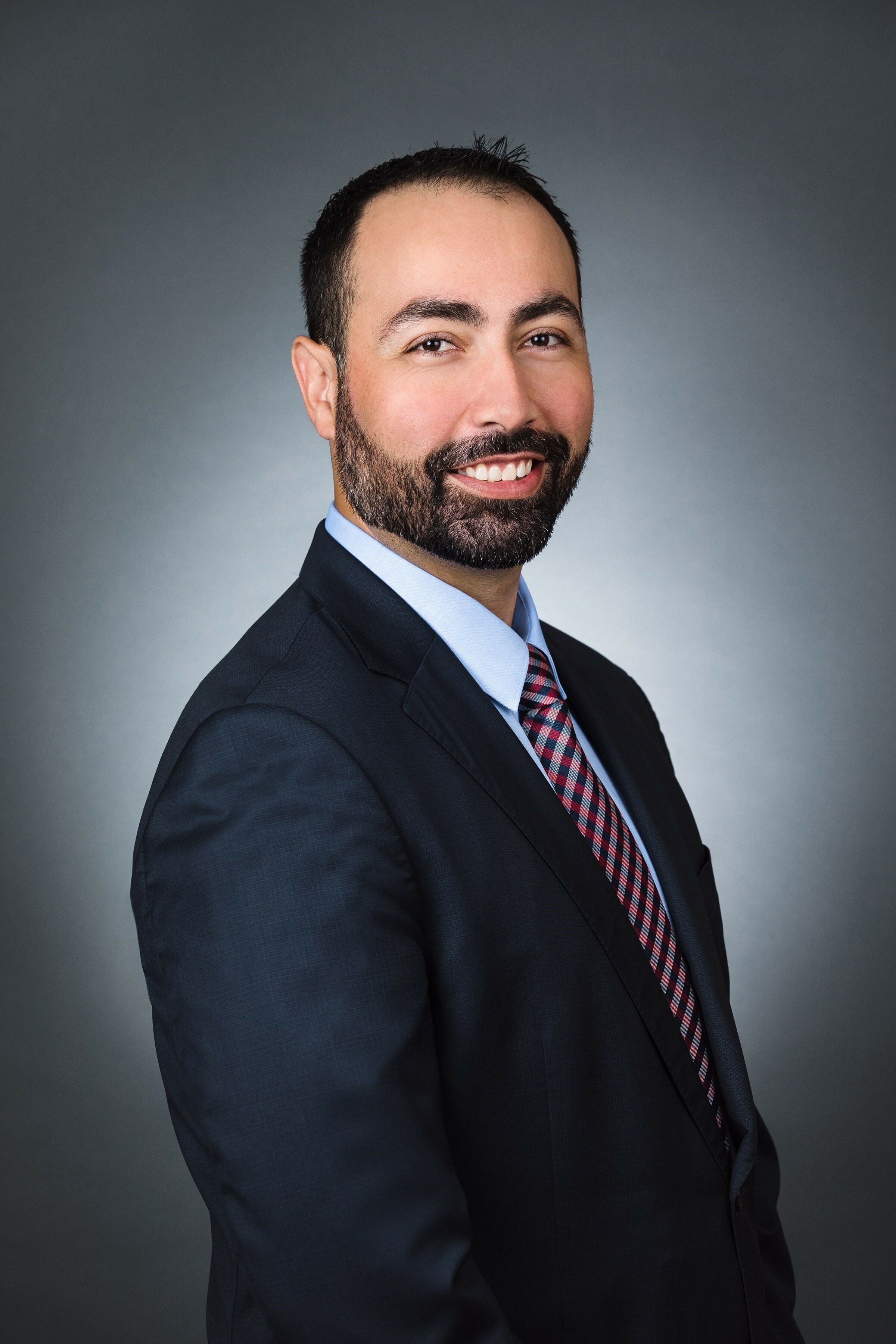