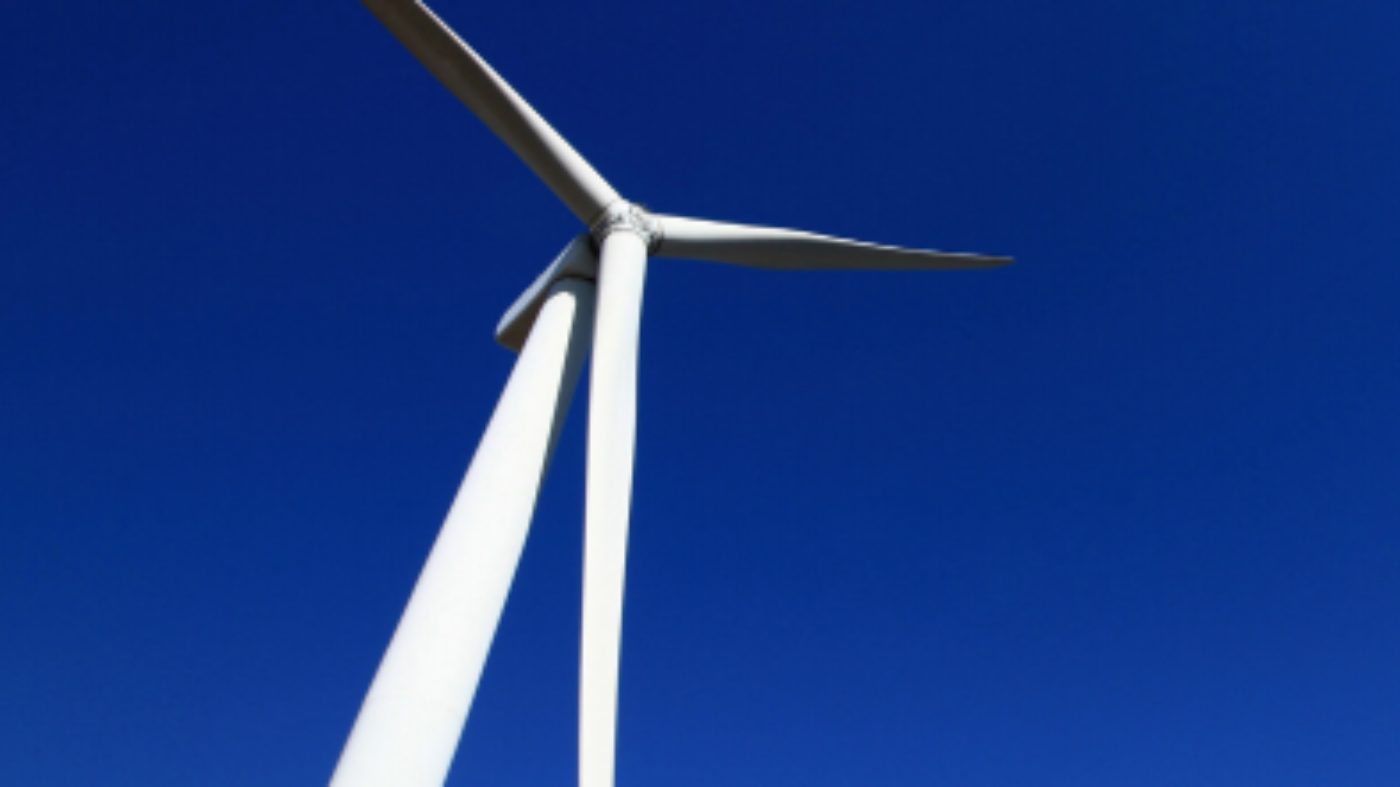 CCBJ: The production tax credit (PTC) has been an important factor in stimulating investment in renewable energy projects. Projects that began construction in 2016, however, must meet certain requirements to qualify for the full credit when the four-year Continuity Safe Harbor expires at the end of 2020. What will project developers have to demonstrate?

If the continuity requirements are not met, the taxpayer is not eligible to claim credits on the portion of the facility that does not satisfy the tests. It is a cliff. Many projects began construction in 2016, the last year to claim the full credit. Upon the expiration of the Continuity Safe Harbor at the end of 2020, if these projects have not been placed in service, the facts-and-circumstances test will determine whether they qualify.

Relatedly, a one-year extension to the PTC for wind projects was recently enacted, such that new wind projects that begin construction in 2020 are eligible for 60 percent of the PTCs. As such, these questions on continuous efforts and continuous construction will be relevant to the wind industry through 2024.

Durham McCormick: Projects that began construction in 2016 in order to be eligible for the full (100 percent) PTC will hit the end of the four-year Continuity Safe Harbor at the end of the year. Taxpayers will have to show, by the end of 2020, that the wind turbines have been “placed in service.” That’s not a bright-line test. There are shades of gray, and the IRS has indicated five factors it will look to in determining whether a wind project is placed in service: All permits and licenses have been obtained; they’re synchronized to the grid and able to produce electricity in commercial quantities; all critical tests of those turbines have been completed; control and title of those turbines have passed to the taxpayer (and are not held by the contractor); and the facility has generated more than a de minimis amount of electricity, which means commercial quantities are coming out.

Because it’s not a bright-line test, other facts and circumstances could be applied. But if the owner of a project can satisfy those five criteria by the end of 2020, they will have satisfied the four-year Continuity Safe Harbor. If either an entire project, or maybe just a few turbines, can’t be placed in service based on those criteria by the end of 2020, then they slip into 2021 or later. That means meeting the Continuous Efforts Test or the Continuous Construction Test for purposes of satisfying the continuity requirement in the begin-construction context.

For projects that began construction by satisfying the Physical Work Test but may not meet the fouryear Continuity Safe Harbor, what’s the best-case fact pattern for satisfying a program of continuous construction? Would work on permitting or interconnection count?

Winbigler: The IRS guidance requires that these projects must engage in a continuous program of construction at the project site. Any activity that qualifies the facility for begin-construction under the Physical Work Test would also be a qualifying activity for maintaining a continuous program of construction. The IRS has released guidance as to activities that qualify and do not qualify as physical work of a significant nature. For example, work on transmission lines, or any aspect of transmission, would not qualify, because those activities do not qualify for the begin-construction Physical Work Test.

Similarly, obtaining permits would not qualify under the Continuous Construction Test. Continuous
Construction, therefore, is a harder test than Continuous Efforts. Moreover, the IRS has not specified when you measure continuous construction. Is it every year? Do you look back to determine that the project maintained continuous construction? Under the best-case scenario, you would have periodic written reports on what the contractor accomplished, date/time-stamped pictures showing the physical work on site, and, perhaps, an independent engineer visiting the site periodically to review the work and certify that qualifying physical work of a significant
nature was being performed.

Taxpayers have to show, by the end of 2020, that wind turbines have been “placed-in-service.” That’s not a bright-line test. — DURHAM C. MCCORMICK

McCormick: The list of qualifying construction work is not an exclusive list. Also, you can have excusable disruptions. If you are having delays with your interconnect, even though that might not be good work toward physical work at the project site, it is an excusable disruption.

For projects that begin construction by satisfying the Five Percent Safe Harbor by spending at least 5 percent of the total project costs, but may not satisfy the fouryear Continuity Safe Harbor, what’s the best-case fact pattern for passing the Continuous Efforts Test?

Winbigler: A project must make continuous efforts to advance toward completion of the facility, which is a facts-and-circumstances analysis. The IRS, however, has published facts to consider: paying or incurring additional expenses included in the total cost of the facility; entering into binding written contracts for components or future work on construction of the facility; obtaining necessary permits; performing physical work of a significant nature, which is any activity that would qualify as continuous construction under the Physical Work Test. The Continuous Efforts Test seems to be a lot more flexible than the Continuous Construction Test because more activities can be documented to prove continuous efforts. The best-case fact pattern is a developer that kept records of what expenses were capitalized to the total cost of the facility, kept a running list of binding written contracts that it entered into for work on the facility, and has good documentation of the work it did to obtain permits.

How do the excusable disruptions, delays in obtaining permits, or a supply shortage impact the Continuous Construction Test or Continuous Efforts Test?

Winbigler: The IRS has set forth several clear excusable disruptions, but it has not limited itself to that list. Ultimately, it’s a facts-and-circumstances analysis. The IRS recently released new guidance regarding delays due to national security concerns. These delays result from pursuing modifications to a project’s construction plan (including interconnection) to mitigate national security concerns raised by the Department of Defense. Unlike the excusable disruptions for the Continuous Efforts Test or the Continuous Construction Test, delays that fit under this new guidance allow the taxpayer a day-for-day extension of the four-year Continuity Safe Harbor. But for other disruptions, the taxpayer cannot extend the four-year Continuity Safe Harbor.

McCormick: Excusable disruptions do not provide any extension to that four-year Continuity Safe Harbor. If, for example, it takes a taxpayer four and a half years to build a project because there were six months when it was waiting for an interconnect that was delayed, the taxpayer doesn’t get to add six months to its four-year Continuity Safe Harbor. It has to satisfy that it made continuous efforts toward construction for the entire four-and-a-half-year period except for that six-month window. As a practical matter, developers or owners could face problems if they have an end-of term or end-of-construction delay. We need better guidance from the IRS.

Winbigler: The IRS’s list of excusable disruptions includes factors that would reasonably cause parties to pause the development of a project, but in some cases the list doesn’t line up well with the business needs of developers and investors in this space.

McCormick: A good example is that the IRS recognizes that you could have a financing delay – but is it a true financing delay if the parties did not regularly make efforts to line up financing and instead focused on other areas? For many of these projects, there might not be much real physical work on a project site in the first few years, as the developers arrange financing, tax equity, permits and the like. It highlights those projects that need to be placed in service by the end of 2020 or within the applicable four-year Continuity Safe Harbor.

How are investors reacting to the possibility that some projects might not be placed in service within the four-year Continuity Safe Harbor?

Winbigler: Many are not willing to take the risk and are resistant to modifying documents or agreements with a fact pattern that wouldn’t have the project being placed in service within the four-year Continuity Safe Harbor.

Many investors will not risk that a project will not be placed-in-service within the four-year Continuity Safe Harbor. — EMILY J.S. WINBIGLER

McCormick: Investors will put a cliff on their commitments so that if the project is not placed in service by the end of the four-year Safe Harbor, they don’t have to invest. There are exceptions – situations where an investor might be slightly more accommodating – but in general the market isn’t accepting it. What are the most important steps developers should be taking in 2020 to ensure that their projects continue to qualify for the 100 percent PTC?

Winbigler: Start collecting the information needed to satisfy the Continuous Efforts Test or the Continuous Construction Test. And if there’s an investor in the picture, start talking now about what will happen if the project is not placed in service in 2020.

McCormick: One item I’d add is organization. By all means, collect all that information, but also organize and distill it into understandable spreadsheets and graphs so that an investor or the IRS can quickly understand the good work that was done on a continuous basis.

McCormick: That’s critical. Isolate the risk profile to just a few turbines, rather than the entire project. 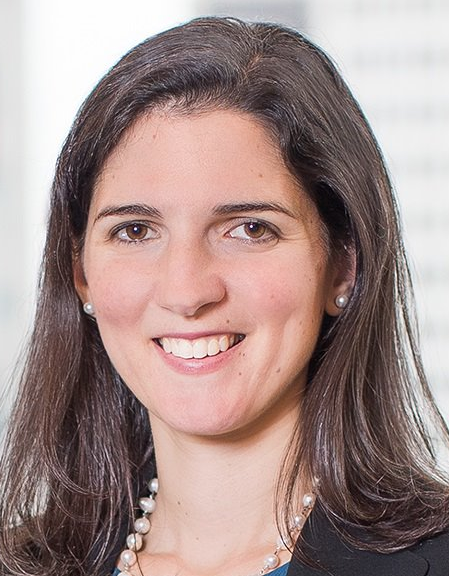 The Path for Law & Accounting Firms to Robust ESG

In this episode of In House Warrior, Pam Cone, the founder and CEO of Amity Advisory, an ESG consulting firm, joins host Richard Levick of LEVICK to discuss the just-completed UN Climate Change Conference in Glasgow, Scotland.

Renewable Energy Remains on the Rise

Susan Bruce, a member of McNees Wallace & Nurick, discusses the current state of the renewable energy sector, including the regulatory implications of a new presidential administration and what businesses can do to position themselves for success in this burgeoning industry.

When it comes to innovation in the clean energy and water sectors, says Elise Zoli of Jones Day, now is the time for investment opportunities that optimize public-private models.

CCBJ: What is the focus of your energy practice?

Elise Zoli: I have worked in the clean energy sector –...

SEE ALL ARTICLES ON Renewable Energy