It is every general counsel’s fear: a subpoena from the federal government arrives announcing an investigation and demanding documents. There is the usual scramble to understand the implications, but this time there’s a wrinkle. The subpoena comes from a committee of the U.S. Congress, not from a prosecutor or a regulatory agency. What does this mean? How is this different from an administrative or criminal investigation? How should your organization react and respond?

The answers to these questions are crucial and, as the 113th Congress proceeds, the potential pitfalls of dealing with an investigation by Congress will become particularly salient for those industries facing impending scrutiny. And that scrutiny may be very wide-ranging, indeed. As the U.S. Supreme Court has affirmed, Congress’ power to investigate is “as penetrating and far-reaching as the potential power to enact and appropriate under the Constitution.” Barenblatt v. United States, 360 U.S. 109, 111 (1959). In this Congress, the accelerating implementation of the Affordable Care Act has members of both parties scrutinizing all aspects of the health care market. In the financial services arena, the Dodd-Frank Act – along with the controversial Consumer Financial Protection Bureau which it created – is likely to give rise to additional investigations as its provisions are fleshed out through regulations. In the House, the Oversight and Government Reform Committee will continue to pursue investigations into government fraud, waste, and abuse. And each day’s headlines bring the potential for a congressional investigation into some new issue involving a different economic sector or industry – maybe the industry in which your company operates.

• The investigation may start “informally,” but it can escalate. The House and Senate conduct their investigations through committees or subcommittees; while individual Members or Senators may conduct ad hoc inquiries, as individuals they do not have the formal authority to compel production or to hold hearings. Congress may look to many sources of information for investigations, including government agencies, criminal prosecutions, media reports, constituent letters, and “whistleblowers.” Once a matter has the attention of Congress, a committee or an investigating subcommittee typically will first seek information and documents on a voluntary basis through a letter request, rather than by a subpoena. They may ask for witnesses to agree to voluntary interviews with committee staff. As a practical matter, committee and subcommittee chairs have broad discretion to determine the scope and duration of an investigation and to determine the relevance of any request issued for information or documents.

Don’t let the apparently informal, voluntary nature of the early stages of the congressional investigative process fool you. First, while the decision not to cooperate at this early stage is always an option, the investigating committee or subcommittee could then ratchet up the process and issue a subpoena, in which case you have less negotiating room on the scope of the information demanded and you have alienated the members and staff with whom you have been dealing. Second, any information, documents, or statements provided at this initial stage – as throughout a congressional investigation – must be offered with a great deal of caution and care, because untruthful responses made to Congress in an investigation may be subject to federal criminal statutes on false statements and obstruction of justice. Accordingly, when your organization receives a letter request from Congress, you should issue an appropriately broad document hold, just as you would if you had received a subpoena.

As soon as possible after receiving a letter request, in-house or outside counsel should contact the staff of the investigating committee or subcommittee (the congressional letter will almost always list a staff contact). Through such early contact counsel can establish a working relationship with committee staff, “fact find” as to the scope and projected course of an investigation, and – most importantly – try to negotiate and focus the scope of information and documents to be provided and the timetable for production.

• Congress may employ a range of discovery devices, including hearings, but Congress is not required to recognize privileges or respect confidentiality requests. Congressional investigations are governed by individual committee rules, so the precise process may vary depending on the committee conducting the investigation. However, there are many common elements. As noted above, committees and subcommittees (and individual members) of Congress may initially send letters requesting that information be provided on a voluntary basis. Congressional staff may conduct interviews, which can be informal or transcribed. If the investigation progresses, the committee may issue subpoenas, which can compel document production as well as full depositions that are sworn and transcribed. If an investigation becomes a significant public – or political – issue, a committee may organize a full public hearing.

If a committee organizes a full public hearing, it means that the real investigation is largely over. Hearings often have little to do with fact-finding and are tightly scripted events primarily oriented to public point-making. Committees may request that high-ranking employees of a corporation – the president or chief executive officer – testify in order to raise the profile of the hearing and to ensure that the witness will have the knowledge and authority to speak on the topic. Hearings generally begin with an opening statement by the chair, followed by member statements and questions for the witness. Witnesses testify under oath and may be represented by counsel, although counsel’s role is limited. Witnesses may make brief opening statements covering the crucial points of their testimony, and they may request that a fuller written statement be made part of the record. Witnesses should listen and respond carefully to questions and avoid confrontation. Without rolling over, the general strategy should be to “do no harm” – one wrong word can be disastrous, and there is usually little to be gained by trying to provide memorable moments of testimony. And remember, federal criminal statutes relating to perjury, false statements and obstruction of justice apply in the context of congressional testimony.

One of the most important distinctions between a congressional investigation and an investigation by an agency or prosecutor is that legal privileges do not have the same protective effect before Congress. The attorney-client privilege may be recognized by a committee or subcommittee, but this is an entirely discretionary matter for the individual committee or subcommittee and, even then, recognition of the privilege could vary from one investigation to the next. The same holds true for the attorney work-product privilege. This carries enormous implications both with respect to the scope of document production and for a client’s relationship with counsel. The only privilege that Congress must recognize is the Fifth Amendment privilege against self-incrimination, which is a mandate of the U.S. Constitution. However, committees can force a witness to testify by obtaining “use” immunity from a court and thereby removing the threat of incrimination.

The possible absence of privilege protection should not cause you to panic. Some committees still allow the traditional privilege protections to function more or less as usual, although this can’t be assumed. For this reason, when Congress calls, it is helpful to have counsel with experience in congressional investigations so that you can know what to expect from a particular investigating committee.

On a wider level, it should be assumed that any information given to Congress may become public, either through a committee report or through the press. Committees have no obligation to keep private documents or information that may typically be protected under federal law in an investigation by an Executive branch department or agency. It is important to try to negotiate an agreement with an investigating committee or subcommittee to maintain information – particularly personal information and proprietary business information – as confidential. But even with the best intentions on all sides, it is the nature of the congressional investigative process – with many different members and congressional staffers involved – that confidentiality cannot be guaranteed.

• Short of incurring a contempt charge, there are effectively no legal means to challenge a congressional investigation itself or its scope. As already noted, congressional committees have broad investigative authority, limited only by the committee’s subject matter jurisdiction. Individual committee chairs have broad discretion regarding both the scope of an investigation and the relevance of the information sought. Unless you are dealing with atypically docile members or congressional staff, you will not be able to ignore a congressional investigation, or a specific congressional request, just because it goes beyond what you see as reasonable parameters. The only way to challenge a committee’s jurisdiction formally in court is to first incur a contempt charge by refusing to cooperate with a subpoena and then litigate the issues of jurisdiction and pertinence. Challenges of this nature rarely succeed and may do considerably more harm than the underlying investigation. Moreover, there is no built in time limit on the duration of an investigation, other than the logistical hurdle of changing sessions of Congress. Committees may continue to investigate as long as they feel there is more to discover. If you or your company is the subject of an investigation, the only certain way to end it is to satisfy the committee to the best of your ability while protecting your interests as fully as possible.

Wiley Rein approaches the defense of congressional investigations with an experienced interdisciplinary team, including the former House and Senate Chief Ethics Committee Counsel, former federal prosecutors and a member of Congress who served on the House Energy and Commerce Oversight Committee. 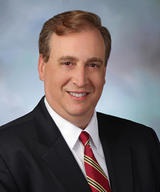 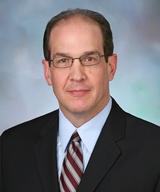 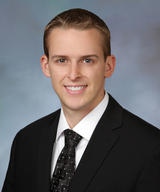 Is Your Business Well-Versed in Unclaimed Property Law?

Managing Distributors and Third-Party Intermediaries: Coping with the long arm of FCPA enforcement

Editor: Please give us a brief description of MarcumBP’s work in China. Bernstein: Our business principally consists of auditing Chinese companies that are publicly traded on U.S. exchanges and U.S. companies with operations in China. But we also perform due diligence for investors and...

SEE ALL ARTICLES ON Audit