On June 26, 2013, the United States Supreme Court struck down the federal law that defined "marriage" as a legal union between one man and one woman as husband and wife, and "spouse" as a person of the opposite sex who is a husband or a wife. United States v. Windsor, 570 U.S. ___ (2013). These definitions, codified in the Defense of Marriage Act ("DOMA"), limited the rights, benefits, and responsibilities conferred by more than 1,000 other federal laws to married couples in heterosexual unions.

The Court's decision has broad implications for employers, who must ensure that certain of their policies do not remain hemmed to DOMA's restrictive definitions of "marriage" and "spouse," thus exposing them to potential liability for discrimination based on sexual orientation in states that prohibit such discrimination. The application of the Family and Medical Leave Act ("FMLA") is one such area in which employers may need to change their policies to comply with this change in the law. (Read Proskauer's related article regarding the impact of the Windsor decision on employer-sponsored benefit plans.)

Edith Windsor, the plaintiff in the Windsor case, was a New York resident who entered into a lawful same-sex marriage in Ontario, Canada. Though they were married in Canada, Windsor and her wife resided in New York, which recognized their marriage as valid.

When Windsor's wife died, she left her entire estate to Windsor. Windsor sought to claim the marital exemption from the federal estate tax, which is available only to the "surviving spouse" of the deceased. Because she did not qualify as a "spouse" under federal law, she was required to pay more than $360,000 in taxes. Windsor paid the taxes but sought a refund from the Internal Revenue Service, which denied her request. She then filed suit to challenge DOMA's constitutionality. The Southern District of New York and the Second Circuit Court of Appeals both ruled that the relevant portion of the statute was unconstitutional and ordered the United States to refund Windsor's payment.

Though not directly at issue in the Windsor case, the FMLA is one of the federal laws whose benefits were tied to DOMA's definition of "spouse." The FMLA allows qualified employees to take unpaid, job-protected leave for specified family and medical reasons, including the care of a spouse, child, or parent who has a serious health condition. FMLA also requires employers to provide eligible employees with unpaid time off to care for a military service member or veteran who has a serious injury or illness as a result of military service or which was aggravated as a result of military service, as well as unpaid time off from work for a qualifying exigency related to a spouse's military leave.

The FMLA and its regulations define "spouse" as "a husband or wife as defined or recognized under State law for purposes of marriage in the State where the employee resides, including common law marriage in States where it is recognized." Although this definition would seem to include same-sex spouses in states that recognize same-sex marriage, the United States Department of Labor ("DOL"), which enforces the FMLA, has held to the contrary. In a 1998 Opinion Letter, the DOL stated that DOMA, which was enacted subsequent to the FMLA, establishes a federal definition of marriage; because the FMLA is a federal statute, it opined "only the Federal definition of marriage and spouse as established under DOMA may be recognized for FMLA leave purposes." Accordingly, the DOL affirmed that although state or local governments could provide greater family or medical leave rights than those provided under the FMLA, the FMLA did not grant any such rights to same-sex married couples.

Following the Second Circuit's decision that DOMA was unconstitutional, the Bipartisan Legal Advisory Group of the House of Representatives appealed the decision, and the Supreme Court granted review on the question of DOMA's constitutionality.

The Court first noted that in New York, where Windsor and her wife lived, Windsor's marriage was completely valid and on equal footing with any marriage between heterosexual spouses. The Court then explained that by history and tradition, the definition and regulation of marriage has always been within the authority of the states, rather than the federal government. And although there were certain federal statutes that affected marriage and family status, the federal government has nonetheless deferred to state-law policies with respect to domestic relations.

The Court held that DOMA represented a departure from this tradition of relying on state law to define marriage. In this case, the law operated specifically to impose a disadvantage and a separate status on a class of marriages that was lawful in New York, as well as eleven other states and the District of Columbia, as of the date of the opinion. Finding that DOMA's purpose and effect was to "demean" lawful marriages and impose injury under federal law, the Court held that there was no legitimate purpose to the law, and it violated the Constitution's principles of equal protection.

Implications For The FMLA

As noted above, the FMLA defines "spouse" as "a husband or wife as defined or recognized under State law for purposes of marriage in the State where the employee resides." Therefore, subject to any new DOL guidance following the Windsor opinion, a straightforward reading of the statute supports a conclusion that state law dictates who qualifies as a "spouse" for FMLA purposes, even though the benefit at issue is a federal one. Such a reading is consistent with the Supreme Court's rationale for invalidating the law, which focused heavily on the tradition of deferring to states in matters of marriage. Accordingly, same-sex couples who reside in states that recognize same-sex marriage should now be entitled to benefits under the FMLA. However, absent further guidance from the DOL, the same may not be said for those whose states of residence do not recognize same-sex marriage.

In addition, because the FMLA's definition of "spouse" ties an employee's entitlement to the statute's benefits to the state in which he or she resides, not the state in which he or she is employed, employers must take care not to violate the law by denying FMLA benefits to employees who live in states that recognize their marriages, but work in states that do not. In light of these nuances and the potential uncertainties they create, employers should continue to watch for direction from the DOL, as well as monitor developments in the courts.

As a separate matter, employers also must remain cognizant of their obligations under state and local leave laws, which may provide for greater leave rights than the FMLA. For example, certain states, such as New Jersey, permit employees to take leave to care for same-sex partners in a civil union, even though the state does not recognize same-sex marriage. In those states, an employee will still be entitled to leave for certain purposes, albeit not under the FMLA. Employers also are free to provide employees with leave rights that are more generous than may be required by applicable law. 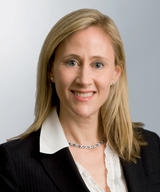 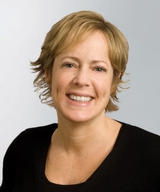 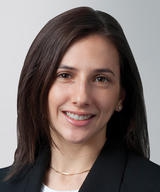