On March 25, 2014, the U.S. Supreme Court resolved a circuit split on the crucial issue of who has standing to sue for false advertising under the Lanham Act. In a unanimous decision authored by Justice Scalia, the Court held that to have standing, a plaintiff simply must plead "an injury to a commercial interest in sales or business reputation proximately caused by the defendant's misrepresentations."[1]

Prior to this decision, the federal appellate courts had adopted one of three competing approaches to what often has been referred to as "prudential standing" to bring a Lanham Act false advertising suit.[2] The Third, Fifth, Eighth and Eleventh Circuits used a multi-factor test derived from an antitrust case, Associated Gen. Contractors of Cal., Inc. v. Cal. State Council of Carpenters, 459 U.S. 519, 537-45 (1983).[3] The Seventh, Ninth, and Tenth Circuits employed a categorical test, which limited standing to direct competitors.[4] Finally, the Second Circuit applied a "reasonable interest" approach, adopted by the Sixth Circuit in this case, which requires a plaintiff to show it has a reasonable interest to be protected and a reasonable basis for believing that the alleged false advertising is likely to cause it injury.[5]

As we previously wrote in a March 18, 2013 client alert, Lexmark International, Inc. ("Lexmark"), a manufacturer and seller of printer cartridges, sued Static Control Components, Inc. ("Static Control"), the leading seller of certain component parts for replacement printer cartridges. Static Control counterclaimed for false advertising under the Lanham Act. The U.S. District Court for the Eastern District of Kentucky dismissed Static Control's false advertising counterclaim for lack of standing.[6] The Sixth Circuit reversed, adopting the Second Circuit's "reasonable interest" test and finding that Static Control had standing to sue under that test.[7] Then, as we wrote in a second client alert, the U.S. Supreme Court granted cert petition to resolve the three-way circuit split.[8]

The Supreme Court's opinion concluded that none of the circuits had correctly articulated the test for standing. Justice Scalia emphasized that the concept of "prudential standing" that underlay many of the appellate decisions misconceived earlier Supreme Court cases that had used that phrase. According to the Supreme Court, the circumstances are few in which a federal court properly can decline to hear a case in which a plaintiff that is an intended beneficiary of a federal statute alleges a wrong covered by that statute. Consequently, the Court declined to adopt any of the three standing tests adopted by the federal appellate courts and instead held that a plaintiff has standing to sue for false advertising under the Lanham Act if a plaintiff 's interests fall within the "zone of interests" protected by the statute, and the plaintiff properly alleges that defendant's false advertising was the proximate cause of an injury for which the statute provides redress.

Zone of Interest: Citing to the Lanham Act's goal of protecting persons from commercial injury caused by, among other things, false advertising, the Court held that, to come within the zone of interest in a Lanham Act false advertising suit, "a plaintiff must allege an injury to a commercial interest in reputation or sales." Under this test, consumers who purchased the falsely advertised product or even businesses misled by a supplier into purchasing the under-performing product do not have Lanham Act standing.[9]

Proximate Cause: The proximate cause requirement – a common element of tort causes of action – bars suit for harms that are too remote from the defendant's alleged conduct. The Supreme Court held that, to satisfy this requirement, a Lanham Act plaintiff "ordinarily must show economic or reputational injury flowing directly from the deception wrought by the defendant's advertising." This requirement is satisfied "when deception of consumers causes [consumers] to withhold trade from the plaintiff."[10] Under this standard, a non-competitor would have a harder time establishing proximate causation, but the Court noted that a Lanham Act plaintiff does not need to be a direct competitor to have standing.[11] 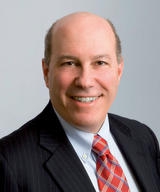 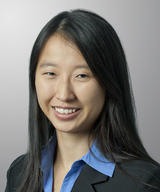