Prior to the U.S. Supreme Court’s May 19, 2014 decision in Petrella v. Metro-Goldwyn-Mayer, Inc.[1] the chances of being able to successfully sue Jimmy Page for stealing the opening acoustic guitar line of the classic 1970 song “Stairway to Heaven” would seem to have been slim, given the difficulty of overcoming a laches defense after the passage of some 44 years. But now that the Court has held that laches cannot bar infringement claims that fall within the Copyright Act’s three-year limitations period, the estate of Randy California, from whose 1968 song “Taurus” Page supposedly lifted the line, won’t have to worry about being equitably barred, although it will be entitled to damages only for infringing acts occurring during the prior three years and may have trouble enjoining the planned release of a remastered version of “Stairway.”

The anticipated California suit is just one example of what some are predicting will be a flood of lawsuits over valuable intellectual property rights in works first released years ago that continue to generate – or suddenly begin to generate – meaningful revenues.

Petrella involved a 1963 screenplay allegedly used for the movie Raging Bull, released in 1980. The plaintiff, Paula Petrella, became the owner of the screenplay in 1991, when she renewed the copyright, and first notified MGM of her claims in 1998. But she did not sue MGM until January 6, 2009, when she filed an action in the Central District of California, seeking money damages and injunctive relief for acts of infringement occurring on or after January 6, 2006 (i.e., within the three- year limitations period). Citing Petrella’s 18-year delay in commencing the action, MGM moved for summary judgment on its laches defense, claiming unreasonable delay and prejudice as a result of Petrella’s failure to sue years earlier. The district court granted MGM’s motion, and the Ninth Circuit affirmed. The Supreme Court granted certiorari to resolve the split in the circuits as to whether the equitable defense of laches can bar relief on a copyright infringement claim brought within the statutory limitations period set forth in section 507(b) of the Copyright Act, which requires that a civil copyright action be commenced “within three years after the claim accrued.”

In a 6-3 ruling, the Court, in a majority opinion by Justice Ruth Bader Ginsburg, held that it cannot and reversed.

In rejecting the Ninth Circuit’s reliance on laches, the Court deferred to Congress’s designation of a three-year retrospective window for which damages can be obtained, holding that Congress’s determination could not be overridden by case-by-case judicial interpretation of the equitable doctrine of laches. Courts “are not at liberty to jettison Congress’ judgment on the timeliness of suit,” Justice Ginsberg wrote. “Laches … cannot be invoked to preclude adjudication of a claim for damages brought within the three-year window.”[2] The Court held that in “extraordinary circumstances” laches may bar “the particular relief requested” by the plaintiff – such as by denying injunctive relief or assessing lower damages – but it cannot bar the suit entirely. Because Petrella sought relief only for conduct occurring within the limitations period, the Court held that the action could not be barred. It did not reach the merits of Petrella’s infringement claim.

Notably, in explaining the concept of accrual, the Court stated that a copyright infringement claim accrues “when an infringing act occurs,”[3] although it noted in a footnote that it had not yet passed on the question and that nine Courts of Appeals have adopted the alternative “discovery rule” approach.[4] (Indeed, the Second Circuit adopted the discovery rule just last month in Psihoyos v. John Wiley & Sons, Inc., 12-4874-CV L, 2014 WL 1327937 (2d Cir. Apr. 4, 2014).) The Court elsewhere stated that an infringement is actionable under section 507(b) “within three years, and only three years, of its occurrence.”[5] It will be interesting to see whether litigants and lower courts take these statements as an indication that the Court views the injury rule, rather than the discovery rule, as the correct accrual rule.

As for the issue at hand, the Court held that the Ninth Circuit erred in failing to recognize that the copyright statute of limitations “itself takes account of delay.” The Court explained that because section 507(b) permits “retrospective relief” only for conduct occurring during the prior three years, it bars recovery of the defendant’s profits earned in prior years.[6] Thus, “MGM’s returns on its investment in Raging Bull in years outside the three-year window … cannot be reached by Petrella.”[7] In addition, the Court noted, the defendant can prove deductible expenses to be offset against any recoverable profits earned during the limitation period and also can retain returns attributable to “its own enterprise, as distinct from the value created by the infringed work.”[8]

The Court observed that it previously had “cautioned against invoking laches to bar legal relief” and, indeed, had “never applied laches to bar in their entirety claims for discrete wrongs occurring within a federally prescribed limitations period.”[9] Allowing judges to set a time limit other than that prescribed by Congress in section 507(b) would, the Court opined, “tug against the uniformity Congress sought to achieve when it enacted §507(b).” The Court pointed out that laches originated as a guide in situations where (unlike in the present case) no statute of limitations controlled the claim, and it characterized laches as a “gap-filling, not legislation-overriding” doctrine.[10]

The Court also rejected MGM’s appeal to the unfairness of allowing a copyright owner to sit on its rights, waiting to see if the alleged infringer’s investment in the work would pay off – a factor the Ninth Circuit had invoked, faulting Petrella for waiting until Raging Bull made money.[11] In addition to noting that it is “hardly incumbent on copyright owners … to challenge each and every actionable infringement,”[12] the Court found “nothing untoward about waiting to see whether an infringer’s exploitation undercuts the value of the copyrighted work, has no effect on the original work, or even complements it.”[13] As an example, the Court pointed to fan sites prompted by a book or film, which “may benefit the copyright owner.”[14] The Court observed that the three-year accrual rule, which is triggered anew each time an infringing work is reproduced or distributed (the “separate-accrual rule”), “allows a copyright owner to defer suit until she can estimate whether litigation is worth the candle.”[15] Deferring will cause the plaintiff to “miss out on damages for periods prior to the three-year look-back,” the Court noted, but prospective injunction relief should “remain unaltered.”[16]

As for the prejudice arising from the death of the author and other witnesses – against which laches offers protection – the Court stated that Congress “must have been aware that the passage of time and the author’s death could cause a loss or dilution of evidence” but nevertheless offered the author’s heirs a “second chance to obtain fair remuneration” by allowing them to recapture renewal rights pursuant to section 304.[17] Moreover, the Court noted, any prejudice arising from the passage of time is just as likely to disadvantage the plaintiff, who bears the burden of proving infringement. The Court also pointed out that the key evidence in an infringement action is often limited to the original work and the registration certificate, which are on file with the Copyright Office, and the allegedly infringing work, with the adjudication often turning on the factfinder’s comparison of the works.[18]

In Petrella’s case, the Court held, the circumstances may or may not warrant limiting relief, but they “are not sufficiently extraordinary to justify threshold dismissal.”[19] Should Petrella prevail on the merits, the Court stated, the district court could take account of her delay in its evaluation of appropriate injunctive relief and damages. The Court also directed the trial court to consider MGM’s early knowledge of Petrella’s claims; the fact that MGM could have sought protection through a declaratory judgment action; the extent to which MGM’s investment was protected by the separate-accrual rule; and the court’s authority to enter an injunction “on such terms as it may deem reasonable” under section 502(a) and to adjust profits awarded.

Justice Breyer, joined by Chief Justice Roberts and Justice Kennedy, dissented. Justice Breyer concluded that in the “few and unusual cases where a plaintiff unreasonably delays in bringing suit and consequently causes inequitable harm to the defendant,” there is “no reason to erase the [laches] doctrine from copyright’s lexicon, not even in respect to limitations periods applicable to damages actions.”[20]

Petrella undoubtedly opens an opportunity for plaintiffs who either were unaware of or strategically sat on copyright infringement claims that first accrued outside the three-year limitations period, although the opportunity extends only to recovery for acts of infringement within the three-year period. As the Court noted, courts may take the delay into account in fashioning appropriate injunctive relief and in assessing damages. Thus, while a delay in suing may have strategic benefits, such as where a work’s commercial potential has yet to be realized, it also has associated costs in terms of foregone damages and the possible jeopardizing of injunctive relief.

Nevertheless, Petrella strengthens the hand of copyright owners seeking to capture the benefits of another party’s exploitation of an alleged infringing work. In this respect, Petrella is in keeping with other Ginsburg-authored majority copyright opinions that have come down in favor of copyright owners/authors, including New York Times Co. v. Tasini,[21] Eldred v. Ashcroft,[22] and Golan v. Holder.[23] It will be interesting to see how the decision plays out in the courts as well as over the bargaining table in relation to both enduringly popular works like Raging Bull and “Stairway to Heaven” and works whose commercial potential may become evident only many years after creation. 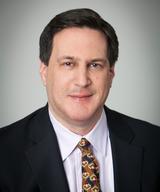