Editor: Please tell us about your professional background.

Meyer: I have been with Weil for my entire career – over 27 years – and do many kinds of litigation, including sports, intellectual property and other complex commercial litigation. I’ve done jury trials all over the country as well as bench trials, arbitrations and preliminary injunction hearings in a lot of diverse areas.

I’ve been doing sports law since my first day as a summer associate. Over the years, in the sports field, I’ve represented many clients, including players associations in at least three of the major sports – basketball, hockey and football. My work has encompassed antitrust litigation, intellectual property litigation, counseling, arbitration and other areas such as collective bargaining and labor law.

Over the years I’ve had the chance to speak about and teach sports law, and I even wrote a book about it.

Young people interested in sports law always ask me what I did to get into the field, and the answer, in my case, is “nothing.” I didn’t even realize we had that practice before I came to Weil. I was lucky enough to be in the right place at the right time when I started working with Jim Quinn, a partner here who was doing that kind of work. After I started, I became very close with some people at the National Basketball Players Association (NBPA), and I was doing great stuff on my own at a relatively young age, including arbitrations and dealing directly with the league.

Editor: Tell us about your representation of players associations.

Meyer: Our firm has represented the NFLPA (National Football League Players Association), NHLPA (National Hockey League Players Association) and the NBPA at various times going back decades, as well as occasionally individual athletes and agents. The work has varied depending on what was going on at the time. For a while I was handling a lot of litigation relating to rights of publicity and fantasy sports. The most high-profile and challenging issues have involved disputes between the leagues and the players’ associations or groups of players after the expiration of collective bargaining agreements (CBAs). There are interesting disputes during the CBAs as well. I’ve done many arbitrations involving complex salary cap issues for the NFLPA, NBPA and NHLPA, for example. But the struggles between players and owners as a whole are titanic battles.

Probably the most fun thing I experienced in the sports area was a three-month jury trial we did in Minnesota on behalf of NFL players a number of years ago. Ultimately, we were successful in striking down the NFL’s free agency restrictions and then negotiating a settlement agreement that involved an entirely new system. During the course of that case, which took years, I took and defended depositions of some very well-known and colorful characters, including players, agents, general managers and legendary owners like Al Davis and Lamar Hunt. I’ve been involved in similar litigations for players, including in other sports, but that was the only one that went all the way to trial.

Editor: What are some of the antitrust issues affecting sports?

Meyer: Going back decades, there has been a series of major antitrust disputes between the players and the leagues. During the term of a collective bargaining agreement, restrictions on players set forth in the agreement, such as free agency restrictions and salary caps, generally cannot be challenged under the antitrust laws. The main issue is whether at the end of a collective bargaining agreement the players can invoke antitrust law to challenge either the imposition of various player restrictions by the leagues or, as we’ve seen in the last few years, whether the players can challenge a lockout by the league, as has happened in football, basketball and hockey. I have been involved in litigation over the years in football, basketball and hockey relating to these issues, and the law continues to evolve.

Another area of recent antitrust litigation that people are following closely has been an action brought by a class of current and former college athletes against the NCAA, claiming that the NCAA violated the antitrust laws by preventing student-athletes from licensing their names, images and likenesses.

Editor: What are some of the issues related to fantasy sports and sports-oriented computer games?

Meyer: Over the years I have handled a number of cases involving rights of publicity, mostly in the area of fantasy sports, which is a multibillion dollar industry where people pick players based on their real-life performances. It’s done in all the major league sports, but its popularity has exploded in football. There has been a lot of litigation over whether or not the purveyors of these fantasy sports products require consent from players to use their names, likenesses and other attributes.

Video games present a related issue – which is the extent to which you need consent from players to use various player attributes, such as name, likeness and biographical data. There has been much litigation lately over this, and we’ve also been involved from time to time in those matters.

Generally, if you were going to show professional football players in a video game and wanted to use the images of those players as well as the logos and uniforms of the NFL, you would have to get a cross license from both the NFL and the NFLPA to do both of those things.

One of the big issues in these cases is the intersection between the First Amendment and the right of publicity. There was a recent decision of the Ninth Circuit in the EA case I mentioned that found that the video games at issue were not “transformative” enough for the First Amendment to outweigh the right of publicity under those facts. There have been a number of decisions now that are inconsistent to some extent. Eventually, I wouldn’t be surprised if the Supreme Court gets involved to clear up some of the confusion.

Editor: Tell us about the role of trademarks.

Meyer: The players associations generally own various trademarks that they use in their licensing business.

As an example, take the NFL Players Association, which has a licensing business called Players Inc. Players Inc aggregates the rights that individual players have and acts as a vehicle to license the group rights. Classic examples of where such group licensing rights are needed include video games and trading cards.

The NFLPA’s licensing business owns its own trademarks, such as “Players Inc,” which is the name under which they do business, and they can endorse or license businesses directly using that trademark. As mentioned, if you also want to show the players in their uniforms and use the team names, you would get what is referred to as a cross license from the NFL to use the league and the team’s logos, uniforms and team names, and you would also go to the NFLPA to get a group license to use the images, the names and the biographical information of the players and/or the Players Inc trademarks.

Again, this is using the NFL as an example.

Editor: How has the Internet affected the law and business of sports?

Meyer: The Internet has had a major impact on sports, as it has on every business. It has obviously created new avenues for fans to consume sports-related products and services. By its nature, this has created additional legal issues. We help clients in the sports and media space with complex contractual, licensing and privacy issues.

Editor: Are there any other hot issues that you’d like to mention?

Meyer: One issue that has everybody’s attention these days is the regulation of steroids and other performance-enhancing drugs. Fans and the media are intensely interested in it, as is Congress from time to time. Generally now these issues are covered by collective bargaining agreements in the major U.S. team sports. In one of the most recent cases, a player is attempting to challenge an arbitration that was done pursuant to collective bargaining agreements. The general consensus is that it is extremely difficult to challenge an arbitration process that was agreed to in a collective bargaining agreement or a judgment flowing from that process. In only the most unusual circumstances would you be able to do that. The players’ union collectively bargained for an arbitration process, and generally that’s what governs as a matter of labor law. The interesting thing is that he has sued the union itself – his own union – alleging that it breached the duty of fair representation under the labor laws. That, I think, is a very difficult theory to prevail on. 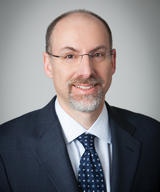 Betting on the Future of the Casino Industry

Frank Donaghue, Of Counsel with McNees Wallace & Nurick, discusses the effects of COVID-19 on the casino gaming industry, and how his work in the public and private sectors prepared him for a career in compliance.

Preparing for the Next Hotel Industry Downturn: How lenders, managers and franchisors can protect their interests

As we enter 2017, there are contrary predictions on expectations for the hospitality industry. Expectations remain high for hotel performance generally[1]. Yet, questions remain about the potential substantial default rate on over $100 billion in loan maturities, particularly for securitized...

SEE ALL ARTICLES ON Gaming