Betting on the Future of the Casino Industry

Frank Donaghue, Of Counsel with McNees Wallace & Nurick, discusses the effects of COVID-19 on the casino gaming industry, and how his work in the public and private sectors prepared him for a career in compliance.

You’ve held several leadership positions in your career. What makes a good leader, in your opinion?

Frank Donaghue: My experience has been that most attorneys would rather concentrate on their practice of law, as opposed to supervising attorneys or other employees. However, I’ve enjoyed leadership roles throughout my career, and I’ve had the opportunity to supervise attorneys in a number of my prior positions. One of the things I’ve always tried to do over the years, especially when discussing a complex issue, is to ask them what they think the best options are to resolve the issue. Then, I follow up by asking for their recommendation regarding those options. Those two questions really tell you a lot about the person you’re working with. Their answers let you see whether they’ve put in the time to think through a complex issue and determine what the various options for addressing it are, as well as whether they have confidence in suggesting ways that the issue should be dealt with. I’ve found that, more often than not, I will go with the suggested course of action, and that builds a lot of confidence in them, especially if you’re dealing with a young attorney.

What were some of the biggest challenges in going from the public to the private sector?

First, I want to say that some of the finest lawyers I’ve worked with in my career come from the public sector. Earlier in my career, I had an opportunity to work at the Pennsylvania Office of Attorney General, as the director of the Bureau of Consumer Protection. I also dealt with lawyers in other sections of the office, including those leading criminal investigations and complex civil matters, and they were truly some of the finest attorneys I’ve ever worked with. The same goes with the Pennsylvania Gaming Control Board, where I was the first Chief Counsel. We had to get that agency up and running ourselves. It was the first independent state agency to be created in Pennsylvania in more than 40 years, and we literally started with the initial procurement processes: from buying paperclips to computers and everything that goes with running a large organization. Then, right away, we started writing new regulations based on the laws and we launched a multi-million-dollar industry in about a year.

What I’ve experienced on the private side is that you must do more with fewer resources. My most recent position was as the Chief Compliance Officer at Penn National Gaming, which is a publicly traded corporation. The leaders of that company are committed to the interests of their shareholders, and they often wanted to know my thoughts in terms of my experience with government and how government officials might react to specific proposals. The transition from public to private has been fun for me. I’ve worked with a lot of great people on both sides, and I’ve found that my past experiences in state government have really helped on the private side.

What prepares a person for a career in compliance?

Over the last several years, more and more lawyers have become interested in a compliance career, which makes sense. When I was working at Penn National Gaming, we began hiring attorneys for the compliance officer positions at many of our larger casinos, and we found it to be a very successful approach. Attorneys are detail oriented, which compliance officers need to be as well. There are also numerous opportunities on the compliance side, whether it’s in banking, gaming, health care, you name it. But I would suggest that people who are thinking about going into compliance consider starting off in government, whether it’s the state or federal government, as it will really give them good experience in drafting regulations and standard operating procedures, as well as in analyzing and interpreting regulations and the law.

What are the critical elements that a successful Compliance Committee ought to have?

First, have a strong written compliance plan. At Penn National Gaming, where I was the Chief Compliance Officer, we had four members on the Compliance Committee. Two of them were members of our Board of Directors. Two were consultants. We made sure that we had a strong written plan in place. Another critical element is maintaining independence of the Compliance Committee members so that they can review and take up matters objectively. It’s also crucial for the Compliance Committee to meet on a regular basis. We had quarterly meetings at Penn and would also call special meetings as warranted. The Committee would be presented with a comprehensive report in advance. We would maintain minutes as well as have participation from the executives, such as our general counsel and the president of the company.

What makes you uniquely qualified to represent gaming clients?

I’ve been an attorney on both the public side and the private side, first as the director of the Bureau of Consumer Protection with the Pennsylvania Office of Attorney General, then as the Chief Counsel to the Pennsylvania Gaming Control Board; so I know how regulators and government officials think. As the first Chief Counsel to the Pennsylvania Gaming Control Board, I dealt with virtually every aspect of gaming. When you’re representing gaming clients, it’s important to not only know how the gaming regulators think but also how the business operates and how the executives and management team want to approach issues.

Operators, whether it’s in gaming or any other industry, are obviously under a lot of pressure to perform for their owners and shareholders, so you’ve got to have a critical eye toward regulations. You should be able to interpret the laws and really give your client proactive suggestions in terms of how they can continue to advance the objectives of the company, while at the same time maintaining good relationships with the regulators. For instance, you’ve got to know how and when to ask for waivers or exceptions to the various rules and regulations – while ensuring that there will not be any compromise of the integrity of gaming itself.

Over the last several years, more and more lawyers have become more interested in a compliance career.

What are some of the biggest challenges facing the gaming industry going forward?

COVID-19 has shut down virtually every commercial and tribal casino in the country, so that’s obviously the main issue the industry is dealing with right now. Sports wagering recently became legal in the U.S., and many states have enacted laws to authorize it. But now there are no sports being played, except for wagers that are being placed on things like table tennis or other niche sports.

One of the opportunities that states and gaming operators can look into is reexamining whether they should offer online casino games such as online slots or poker. Currently, only a few states offer online casino games, and they are definitely benefiting from the revenues that are coming in from those games. These states, like Pennsylvania and New Jersey, are seeing a significant increase in online play while the physical casinos are closed. There’s a lot of speculation about whether this current shutdown will lead to renewed efforts by other states to legalize online gaming casino games. What states are going to examine is whether the technology and revenue potentials are there to justify going forward with either state legislation or possibly emergency powers to authorize online casino games.

What compliance or regulatory changes will be faced by gaming companies as they reopen their businesses?

The moment that the casino operators closed their doors to protect the safety of the public and took care of their employees as best they could, they also began looking at what kinds of efforts are going to be necessary to put the gaming regulators in a comfortable position to allow them to reopen their doors. They have begun to draft standard operating procedures to address issues under the current COVID-19 crisis, making sure that they have enhanced sanitizing efforts and things like that. Maybe they’re looking at limiting the slot machines available, such as every other one, which would encourage social distancing. They’ll also have to think differently about food services. For example, many casinos have buffets, but now they may want to look at made-to-order food options instead.

The other important thing that they’re going to have to look at is the use of modern technology. Casinos require identification when a person comes onto the casino floor, which means the patron is handing their ID card to a security officer. Now, however, casinos are going to have to take a closer look at technology like ID scanners. Biometrics can also help the casino industry and the gaming regulators maintain integrity within the industry by making sure that underage people are not getting access to the gaming floor while also encouraging social distancing.

The final piece is that the gaming regulators are going to have to carefully review and monitor these issues themselves, and maybe begin to allow the casino industry to do things a bit differently than they currently do, since it’s in everyone’s interest to get the casinos back up and running. According to the American Gaming Association, there’s about $41 billion in revenue generated annually from casino gaming, and about 1.8 million jobs are supported by the U.S. gaming industry. COVID-19 has deeply impacted the industry; but casinos are very resilient, and it won’t be long before they get back on their feet. 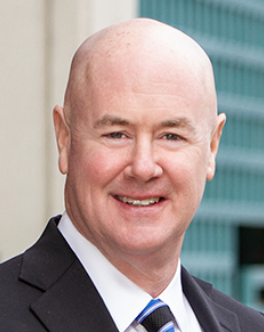 Preparing for the Next Hotel Industry Downturn: How lenders, managers and franchisors can protect their interests

As we enter 2017, there are contrary predictions on expectations for the hospitality industry. Expectations remain high for hotel performance generally[1]. Yet, questions remain about the potential substantial default rate on over $100 billion in loan maturities, particularly for securitized...

Hospitality Industry Should Welcome Web Accessibility: Compliance can be challenging, but the gains can be significant

The hospitality industry is ever more dependent on the internet and mobile applications. Websites and apps are now the primary face that a hospitality provider presents to the world, and to their guests and customers until they are physically present. Loyalty programs are increasingly web and app...

SEE ALL ARTICLES ON Gaming