As a company turns in the widening gyre of financial distress, its directors and officers are often confronted with situations that require them to make difficult decisions. Should things fall apart, those decisions may give rise to claims that directors or officers breached their fiduciary duties to the company. A recent decision by the United States Bankruptcy Court for the District of Delaware serves as a comforting reminder – to directors, officers and their counsel – that transactions are not judged in hindsight, and the business judgment rule can still offer protection when a business fails despite last-minute efforts. Gavin v. Tousignant (In re Ultimate Escapes Holdings, LLC), Case No. 12-50849 (Bankr. D. Del. Nov. 12, 2014).

Ultimate Escapes was a luxury destination club that provided its members with access to a portfolio of vacation residences and offered related travel services. Following the economic crisis, Ultimate Escapes began to experience financial distress as new membership sales and existing membership upgrades decreased and the value of luxury real estate declined.

While the parties continued to negotiate the terms of the merger, Ultimate Escapes experienced periodic cash shortages. Early shortfalls were covered by personal advances from Mr. Tousignant and Mr. Keith, as CEO and chairman of the board, respectively. Ultimate Escapes’ liquidity continued to worsen until it finally concluded that it would be unable to meet its upcoming payroll obligations. Mr. Tousignant pursued various options to generate sufficient cash to meet payroll, but his efforts fell short by $115,000.

The merger talks stalled and then fell apart. Club Holdings subsequently launched a mass solicitation of all Ultimate Escapes members, claiming it was entitled to do so under the August 6 Agreement. Three days later, Ultimate Escapes and certain of its affiliates filed for protection under Chapter 11 of the Bankruptcy Code. The Chapter 11 cases eventually led to confirmation of a liquidating plan, which called for the appointment of a liquidating trustee.

Action for Breach of Fiduciary Duties

The liquidating trustee commenced an adversary proceeding against Messrs. Tousignant and Keith alleging that they breached their fiduciary duties by entering into the August 6 Agreement, which “essentially transferred Ultimate Escapes’ member list, a multimillion dollar asset and the putative ‘crown jewel’ of the company to Club Holdings for a mere $115,000.” More specifically, the trustee argued that the defendants were grossly negligent and motivated by their own self-interest in entering into the August 6 Agreement, which was an irrational waste of corporate assets, and, therefore, the defendants should not be protected by the business judgment rule and should be found liable under either the enhanced scrutiny or entire fairness standard.

Following a trial, the bankruptcy court ruled against the liquidating trustee and held that the defendants did not breach their duty of loyalty or duty of care. The court began its discussion by characterizing the August 6 Agreement as “an agreement that provided the company with critical financing in the face of an otherwise immediate bankruptcy filing” and observed that these circumstances were instructive because the fiduciaries’ actions are “not judged by hindsight … [but] must stand or fall based on what they knew and did at the time” (quoting Chen v. Howard-Anderson, 87 A.3d 648, 665 (Del. Ch. 2014)). From there, the court held that (i) Mr. Tousignant’s decision to enter into the August 6 Agreement was protected by the business judgment rule and could be attributed to a rational business purpose as it “was frankly consistent with Ultimate Escapes’ interest in progressing toward the proposed merger with Club Holdings,” and (ii) Mr. Keith did not breach his fiduciary duties because the August 6 Agreement was negotiated and executed without his approval or even his knowledge.

The bankruptcy court’s holding that Mr. Tousignant was protected by the business judgment rule was predicated on its determination that the record did not support the trustee’s position that Mr. Tousignant’s decision to enter into the August 6 Agreement was a breach of his duty of loyalty or duty of care.

The liquidating trustee advanced three reasons that Mr. Tousignant acted with self-interest when negotiating and executing the August 6 Agreement. First, the trustee argued that Mr. Tousignant was protecting his equity stake in the company. The bankruptcy court rejected this position, quoting a Delaware Chancery Court decision to say that a “director who is also a shareholder of his corporation is more likely to have interests that are aligned with the other shareholders of that corporation as it is in his best interest, as a shareholder, to negotiate a transaction that will result in the largest return for all shareholders” (quoting Chen v. Howard-Anderson, 87 A.3d 648, 671 (Del. Ch. 2014)).

Second, the trustee argued that Mr. Tousignant wanted to avoid a default and bankruptcy because he (i) issued personal guarantees on certain of the company’s real estate assets, (ii) personally advanced $50,000 on behalf of the company, (iii) issued an $89 million personal indemnity guarantee, which may have been triggered by a bankruptcy filing, and (iv) would potentially lose his employment compensation. The bankruptcy court also rejected these arguments, stating that Mr. Tousignant’s decision to enter into the August 6 Agreement “was simply an act in furtherance of this transaction [the Club Holdings merger], seen at that moment as the best possible outcome for the company,” and finding that Mr. Tousignant did not receive “a personal financial benefit from the challenged transaction which is not equally shared by the stockholders” (quoting Rales v. Blasband, 634 A.2d 927, 933 (Del. 1993)).

Finally, the trustee argued that Mr. Tousignant wanted to avoid criminal liability for failing to pay employee wages. The bankruptcy court rejected this argument as well, calling it “factually attenuated.” Rather, the court found that because the failure to make payroll would jeopardize the Club Holdings merger, Mr. Tousignant’s decision to enter into the August 6 Agreement, and thereby make payroll, was consistent with his corporate responsibility to affirmatively “protect the interests of the corporation committed to his charge, but also to refrain from doing anything that would work injury to the corporation” (quoting Guth v. Loft, Inc., 5 A.2d 503, 510 (Del. 1939)).

Additionally, the trustee argued that the “sale” of the Ultimate Escapes membership list under the August 6 Agreement constituted a waste of corporate assets. The bankruptcy court rejected the trustee’s argument, noting it was not convinced that the August 6 Agreement constituted a sale of the membership list given that Ultimate Escapes ultimately sold the membership list – together with certain properties – for approximately $14 million during the bankruptcy case. Rather, the court believed it was “more reasonable and consistent with the evidentiary record to interpret the August 6 Agreement as providing only for a limited solicitation of members,” and the decision to permit such a limited solicitation did not constitute a waste of corporate assets because it was not “so egregious or irrational that it could not have been based on a valid assessment of the corporation’s best interests” (quoting Kaufman v. Allemang, 2014 WL 4954333, at *10 (D. Del. Sept. 30, 2014)).

As is typical in the fiduciary duty context, the bankruptcy court’s decision in Ultimate Escapes involves a very fact-dependent analysis. The terms “record” and “evidence” appear no fewer than thirteen times each in the opinion’s legal analysis. The fact pattern in Ultimate Escapes, however, is not an unusual one; corporate fiduciaries are often called upon to choose between less-than-ideal alternatives as liquidity and optionality tighten. The Ultimate Escapes decision, however, serves as a useful reminder for corporate fiduciaries faced with such dilemmas that their decision-making will continue to be protected by the business judgment rule so long as they take actions reasonably intended to benefit the corporation and all of its stakeholders. 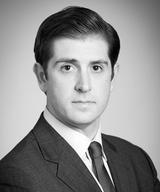 The Unhealthy State of Healthcare

Sills Cummis & Gross insolvency specialist Andrew H. Sherman discusses an industry plagued with uncertainty and struggling to get back on its feet. His remarks have been edited for length and style.

CCBJ: As chair of your firm’s Creditors’ Rights/Bankruptcy Reorganization practice...

Credit bidding allows secured creditors to protect their collateral in a bankruptcy sale and can provide an opportunity to strategically acquire a company’s assets. It is a valuable tool for all secured lenders but especially for private equity firms, hedge funds and other distressed debt...

SEE ALL ARTICLES ON Bankruptcy & Restructuring