Credit bidding allows secured creditors to protect their collateral in a bankruptcy sale and can provide an opportunity to strategically acquire a company’s assets. It is a valuable tool for all secured lenders but especially for private equity firms, hedge funds and other distressed debt investors who acquire secured debt at a discount on the secondary market. In fact, the ability to credit bid is vital to the secured claim market. This is an issue that arises in many bankruptcy cases involving the gaming and hospitality industries, and lenders and distressed investors in these industries need to be aware of the potential for capitalizing on their secured claims and the limitations that can restrict their ability to credit bid. While some case law in the last couple of years was seen as threatening the unfettered right of secured creditors to bid the full amount of their claims, more recent developments should provide comfort that this right is still considered to be a fundamental protection afforded to secured creditors.

Bankruptcy Sales and the Right to Credit Bid

In general, once a company files for bankruptcy, its options for emerging are to reorganize its debts or to liquidate its assets through a sale. Section 363 of the Bankruptcy Code permits debtors to sell their assets outside of the normal course of business with the approval of a bankruptcy court, usually through a court-approved bidding and auction process that sets forth the parameters of bidding on the assets. Moreover, the Bankruptcy Code allows a debtor, under certain specified circumstances and over the objection of a lienholder, to sell its assets free and clear of any liens, claims and encumbrances, with any valid liens, claims and encumbrances on such assets attaching to the proceeds of the sale.

The Bankruptcy Code also bestows a secured creditor with the right to bid the full amount of the debt owed by the debtor in the sale of the collateral that secures that debt. Specifically, Section 363(k) provides that at a bankruptcy sale “of property that is subject to a lien that secures an allowed claim, unless the court for cause orders otherwise the holder of such claim may bid at such sale, and, if the holder of such claim purchases such property, such holder may offset such claim against the purchase price of such property.” 11 U.S.C. § 363(k). Given the ability of a debtor to sell its assets free and clear of any valid liens, the right of a secured lender to credit bid is vital to ensuring that it can protect its collateral.

Generally, the right to credit bid is only available to creditors holding undisputed secured claims. If there is a dispute over the amount of the claim or the validity, extent or priority of the lien securing it, the bankruptcy court will impose conditions on the lender’s ability to credit bid its claim. For example, a bankruptcy court may limit the amount of the credit bid to the portion of the claim that is undisputed or may require the lender to pay or escrow cash for any portion of the claim that is ultimately considered unsecured or otherwise disallowed.

In addition, a secured lender can only credit bid for the collateral that secures its debt. So if a debtor is selling all of its assets, the sale may involve both the lender’s collateral and other assets, including those that secure other debt. In such a situation, the bankruptcy court will require the lender to pay cash (or provide other consideration) for the assets not subject to its lien. Within these parameters, a secured lender is permitted to credit bid the full face amount of its undisputed claim (plus interest and fees) and would not necessarily be limited by any alternative valuation of the collateral securing its claim – including, for instance, any independent appraisal.

Outside and apart from the foregoing, and as is attendant to the bankruptcy process in general, the Bankruptcy Code provides the bankruptcy court with the ability to deny or limit a credit bid “for cause.” “Cause” is not defined in the Bankruptcy Code, but it has generally been restricted to situations where there is a bona fide dispute over the amount of the claim or the lien securing it, including situations where the resolution of the dispute would jeopardize the value of the assets, or where the creditor acts improperly or fails to abide by the court-approved sale process.

Fisker and the Threat to Credit Bidding

In the 2014 case of Fisker Automotive Holdings, Inc., 510 B.R. 55 (Bankr. D. Del. 2014), the Delaware Bankruptcy Court threw the lending and distressed investor community into a panic by finding “cause” to limit the amount of a credit bid (of a secured creditor that purchased the secured debt on the secondary market) in order to, among other things, promote a competitive bidding process.

Fisker Automotive Holdings filed for bankruptcy protection after the Department of Energy ceased providing funding under a senior secured loan facility and then sold its $168.5 million secured claim against Fisker to Hybrid Tech Holdings, LLC, for $25 million. Hybrid assumed the role of Fisker’s senior secured lender and began negotiations to acquire Fisker’s assets for a credit bid of $75 million through a bankruptcy-approved private sale. Once Fisker filed for bankruptcy, a Committee of Unsecured Creditors was appointed and immediately opposed the private sale. The committee argued (and Fisker agreed) that there was a potential competing bidder and that there was a strong likelihood of a competitive auction process that could create value for the estate’s creditors – whereas a sale to Hybrid would leave no value for such creditors – but only if Hybrid’s credit bid were capped at $25 million (which was coincidentally the amount Hybrid paid for the claim). The bankruptcy court agreed. Hybrid’s credit bid was limited to $25 million, and the assets were sold through an auction to the other bidder for $149.2 million in cash.[1]

In limiting Hybrid’s credit bid, the bankruptcy court relied on the more traditional arguments that the sale included assets over which Hybrid did not have a lien or over which its lien was uncertain, and that the expedited timeframe was unjustified and unfair under the circumstances. However, and notably, the bankruptcy court also relied on the impact of an unrestricted credit bid on the sale process, specifically stating “the ‘for cause’ basis upon which the Court is limiting Hybrid’s credit bid is that bidding will not only be chilled without the cap; bidding will be frozen.” Id. at 60.

It was this last finding by the bankruptcy court that created fear among investors and lenders, including specifically those who strategically acquire secured debt on the secondary market for the purpose of purchasing portfolio assets. By finding that there was “cause” to limit a secured creditor’s credit bid (to the amount paid for the claim) for the purpose of promoting a competitive bidding process, the bankruptcy court appeared to open the doors to curtailing a creditor’s bargained-for position and ability to credit bid the full face value of its debt. When another court relied on Fisker to limit a credit bid in order to promote a robust and open sale process in an analogous situation -- See e.g., In re Free Lance-Star Publishing Co. of Fredericksburg, VA, 512 B.R. 798 (Bankr. E.D. Va. 2014) – those fears deepened.

Limiting Fisker and Reaffirming the Right to Credit Bid

The Fisker reasoning has not been adopted and relied upon by other courts to impose new limits on credit bids. In fact, a case decided by the Bankruptcy Court for the Southern District of New York has expressly limited Fisker and its one progeny and reaffirmed the right of a secured creditor to credit bid the full amount of its claim despite the potential impact of the credit bid on the competitiveness of the sale process.

Specifically, in In re Aéropostale, Inc., 2016 WL 4506712 (Bankr. S.D.N.Y. Aug. 26, 2016), the debtor sought to limit the right of Sycamore Partners to credit bid in the sale of their assets. Sycamore was the debtors’ prepetition secured lender, holding a $150 million secured claim, but was also connected to the debtors in multiple ways (including through certain affiliates). The debtors alleged that Sycamore and its affiliates engaged in inequitable conduct and sought to equitably subordinate Sycamore’s claim. Moreover, the debtors argued that permitting Sycamore to credit bid the full amount of its claim would chill other bidders from participating in the sale process.

The bankruptcy court disagreed and found that Sycamore could credit bid the full amount of its $150 million secured claim. Having found no inequitable conduct by Sycamore (such as collusion, undisclosed agreements or other conduct that would have created an unfair sale process) and, more importantly, noting that all credit bidding chills the bidding for a debtor’s assets to some extent, the bankruptcy court found that the risk of chilling the bidding was insufficient on its own to qualify as “cause” to limit a secured creditor’s credit bid.

Specifically, the bankruptcy court explained that, “In considering whether to limit the ability to credit bid, it is true that courts will sometimes refer to concerns about the chilling of bidding as a factor. But cases that cite concerns about chilling a bid almost invariably also feature some other factor that supports a limitation on the creditor. Indeed, the Court is unaware of any case where the chilling of bidding alone is sufficient to justify a limit on a credit bid.” Id. at *34 (internal citation omitted) (emphasis added). In fact, both Fisker and Free Lance-Star Publishing involved secured creditors whose conduct was considered inequitable or, at best, suspicious (as the Aéropostale Court pointed out), and whose secured claims were disputed to some extent. Thus, in its ruling, the Aéropostale bankruptcy court expressly limited Fisker and allayed concerns that affecting the competitiveness of a sale process could be used on its own to limit a secured creditor’s right to credit bid its debt.

Utilizing the Right to Credit Bid

Despite the uncertainty created by recent case law on the ability of a secured creditor to credit bid the full face value of its claim, the right to credit bid remains a fundamental tool recognized by bankruptcy courts that allows secured creditors to protect their collateral and distressed investors to strategically acquire assets at a discount. However, what recent case law has demonstrated is that lenders and investors do need to be vigilant – both about their conduct, to avoid any appearance of unfairness, and about their due diligence into the collateral underlying their claims.

[1] The bankruptcy court did not discuss the reasons for capping Hybrid’s credit bid at $25 million as opposed to some other amount, relying on the agreement between Fisker and the committee that a cap at this amount would result in a competitive auction process. The fact that this was the amount paid by Hybrid for the claim on the secondary market may be a coincidence. It is also noteworthy that Hybrid will eventually receive distributions on its claim that should exceed the amount it paid for the claim. 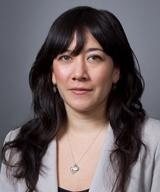 Other People’s Money – The Rise of Fraud in the Crypto & NFT Worlds With Erwin Shustak, Managing Partner of Shustak Reynolds & Partners with Host Richard Levick of LEVICK

Erwin Shustak, founder and Managing Partner of Shustak Reynolds & Partners, who for more than 30 years served as an arbitrator for the Financial Industry Regulatory Authority (FINRA) joins host Richard Levick of LEVICK to discuss the rise of fraud in new investment vehicles such as crypto currencies and NFTs.