The Risks For Private Equity In Companies With Underfunded Benefit Plans

Raskin: In the Sun Capital case, the First Circuit Court of Appeals held that an investment fund managed by a private equity firm, Sun Capital Partners, amounted to a “trade or business” rather than being a passive investor with respect to one of its portfolio companies. In 2006, two of Sun Capital’s investment funds acquired a company called Scott Brass Inc., a manufacturing company, through an LLC. The ownership of that company was split between two of Sun Capital Partner's funds, 70 percent Sun Fund IV and 30 percent Sun Fund III. Then in 2008, Scott Brass withdrew from the New England Teamster and Trucking Industry Pension Fund, a multiemployer pension plan, shortly before Scott Brass entered into bankruptcy proceedings. The pension fund sought to recover about $4.2 million in what is called withdrawal liability from Sun’s funds on the grounds that the funds were trades or businesses under common control with Scott Brass, and therefore were jointly and severally liable.

Editor: Why was the U.S. Court of Appeals for the First Circuit’s opinion in Sun Capital Partners a surprising decision?

Bassett: The First Circuit’s decision was a case of first impression at the federal court of appeals level of judicial review. There have been a couple of district court cases, including the Palladium Equity Partners case out of Michigan in 2010. The Michigan court denied summary judgment motions, finding that disputed factual issues remained about whether the funds were trades or businesses and whether the funds’ interests could be aggregated under alter-ego theory. The court agreed with the PBGC’s reasoning in its 2007 opinion letter, where the PBGC opined that a private equity fund’s active management of its portfolio company meant it was not a “passive investor,” but a “trade or business” for withdrawal liability purposes.

The First Circuit’s decision went beyond the district courts’ rulings, holding distinct funds’ interests could possibly be aggregated for purposes of meeting the controlled group test for withdrawal liability and that the private equity funds themselves were trades or businesses under ERISA. We have yet to see what other courts will say.

Editor: What is the basis for liability of an entity (i.e., private equity owner) under ERISA for the unfunded pension liabilities of an ERISA “controlled group”? How is “trade or business” or “controlled group” defined?

Raskin: Under ERISA, employers have joint and several liability, for withdrawal liability, of a multiemployer plan and underfunded termination liability for a single-employer defined benefit pension plan. They have that liability with each trade or business under common control with the contributing or sponsoring employer with respect to the plan. Common control is generally an 80 percent test. There is no definition in the Internal Revenue Code of “trade or business.” In this case, the court looked at many different factors when trying to determine whether or not there was a trade or business, i.e., were the funds actively involved in the portfolio company’s business? The partnership agreement stated that the management and supervision of investments was the principal purpose of ownership, and it gave the general partner exclusive and wide-ranging management authority. Also, under the partnership agreement, the general partner of the funds had the power to make decisions about hiring, terminating and compensating agents and employees of Sun Capital and its portfolio companies. As a result of the Sun funds’ controlling stake in Scott Brass, the Sun Capital Partners’ employees controlled the Scott Brass board along with providing management and consulting services, and the court made the argument that the Sun funds had more than a passive ownership. Also, one of the funds (Sun Fund 4) received an offset against its management fees equal to the management fees that were paid by Scott Brass to the general partners of Sun Capital, the parent holding company. As a result of the court’s reasoning that the Sun funds were actively involved in the management, this led the court to conclude that they were involved in a “trade or business.” The court adopted the notion that this was “investment plus” as a loose test for this conclusion.

Editor: How might the Sun Capital funds have escaped liability?

Raskin: The qualification of the funds as Venture Capital Operating Companies (VCOCs) under ERISA would have allowed pension plans to invest in that entity without having to worry as to its status as a “plan asset entity.” If it is a plan asset entity, then it is subject to certain requirements of ERISA with respect to fiduciary responsibility and prohibited transactions. Many private equity funds are set up as VCOCs to avoid being subject to ERISA. If you are a VCOC, by definition you are required to have at least 50 percent of your assets valued at the cost invested in operating companies of which you have management rights, which you actually exercise with respect to at least one of your investments. In this case, the court held that the VCOC status of the funds was one of the factors it looked at in deciding that one of the partnerships was a trade or business. The court did state in a footnote that not in every case will a VCOC be a trade or business. One thing that private equity funds may consider is whether they can avoid being plan asset entities, which is possible if they restrict their equity ownership by U.S. private pension plans to less than 25 percent.

Bassett: It is worth a harder look at whether placing a holding company between the portfolio companies and the funds (present in this case but overlooked by the court) provides tax protection from liability that may flow from the portfolio companies to the holding company’s limited partners, which typically includes the private equity funds. Private equity can also consider spreading the investment percentages among a larger number of funds with different general partners.

Editor: Why was the ownership of the bankrupt company’s stock held by two separate Sun Capital entities? Was this a ruse to avoid multiemployer plan liability since there would not be “common control” in one company?

Raskin: There are many reasons why you would split the ownership of a portfolio company between different funds. One could be that one particular fund did not have the assets available to make the acquisition, and therefore another fund would be needed to contribute. Even if both funds have the assets available, the funds might wish to spread ownership to give the benefits of that investment to different investors. One fund could be for U.S. investors and the other for foreign investors.

Bassett: Private equity funds often have sequential funds, with sequential raise periods, each closing before the next begins (while they may invest simultaneously). Another common fund relationship is parallel funds, which may be, for instance, one fund for domestic investors and one fund for foreign investors, distinct for business and tax purposes, but which invest pursuant to side-by-side investment agreements. The Sun court aggregated the parallel funds in Sun Fund 3, which had a side-by-side investment agreement whereby they agreed to invest in the same investments. But crafting side-by-side agreements thoughtfully to separate fund management and investment decision making may make parallel funds distinct enough to ward off aggregation for control group purposes.

Editor: What practical structures should be put in place by private equity funds when allocating ownership of acquired companies in order to minimize underfunded pension liability exposure?

Raskin: As I already mentioned, one issue focused on heavily by the court was that Sun Fund 4 received a management fee offset. Although it is quite the norm in private equity fund structures to have such fee offsets, if this structure could be avoided, it would help in making the argument that the fund is not a trade or business.

Raskin: One of the ramifications is that tax-qualified pension plans, e.g., 401(k) plans, have to pass certain nondiscrimination tests done on a controlled group basis. If in fact a fund is part of a controlled group of portfolio companies, fund managers may have to test all the different tax-qualified plans of all the companies in the control group to see if in fact they pass the nondiscrimination test. This could be very difficult if one company did not have a plan and others did.

Bassett: There was a case in the Northern District of Georgia with an entity structure similar to this one: a limited partnership at the top with a limited partnership holding company underneath and portfolio companies below. There were arguments in that case about alter-ego liability and about the structures of parallel versus sequential funds, but we don’t know the outcome of that case because it ultimately settled. I am not aware of any other district court cases that are currently being considered, but I expect there will be cases in the wake of Sun Capital. The Supreme Court typically waits until several circuits have spoken on a particular issue to resolve a circuit split. There is significant involvement from entities that have filed amicus briefs in the petition for rehearing in Sun Capital, which was denied. Those considerations may make it more likely that the Supreme Court will hear this issue eventually. 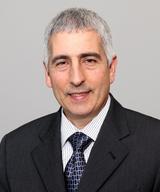 The Key Dynamics of Private Debt

Private equity still saw strong activity, even given the COVID-19 pandemic. In the world of private debt, the trend of larger fund managers closing on great sized pools of capital remained. Now in 2021, fund managers will see rising demand from PE firms, halting other opportunities for capital deployment.

Akin Gump's Trey Muldrow and Fadi Samman have a combined 40 years of experience in corporate and investment management law. Here, they discuss the ways the two practice areas work together at Akin Gump, as well as some of the finer points of various primary and secondary market...

Being an Independent Sponsor Doesn't Mean Going It Alone

Jon Finger, partner at McGuireWoods, discusses the crucial role he and his private equity team play in a variety of corporate transactional matters, including connecting independent sponsors with capital partners that they might not have access to otherwise.

CCBJ: You and the McGuireWoods...

SEE ALL ARTICLES ON Private Equity