Within the past few years, the dramatic increase in wage and hour litigation has enveloped the hospital industry. Hospitals have been the target of wage and hour lawsuits challenging policies that automatically deduct meal periods from compensable time. Such suits are now the predominant wage and hour issue for the healthcare industry. Plaintiffs have been successful in obtaining conditional “collective action” certification, allowing the lawsuits to proceed on a class basis.[1] But in two recent suits, employers successfully decertified these collective actions following substantial discovery.[2] Nonetheless, the trend of new suits is continuing.

The plaintiffs’ bar has specifically targeted the practice—common among employers in the healthcare industry—of automatically deducting time from an employee’s paycheck for meal periods. Hospital workers have claimed that they worked during some or all their meal periods and should have been compensated for this work time.[3]

The FLSA contains a unique procedure that allows an employee to bring a collective action on behalf of similarly situated employees. To determine whether employees are similarly situated, courts typically follow a two-stage process. At the first stage, collective actions have been “conditionally certified” if the worker can identify an unlawful policy or plan that adversely affected the potential class members. Where courts have granted conditional certification, hospitals have been forced to engage in time-consuming and expensive discovery on a classwide basis.[4] Near the close of discovery, at the second stage, the employer can seek to decertify the collective action.

In Frye v. Baptist Memorial Hospital, the defendant moved to decertify a class that included employees from over 200 different departments, spread across three different acute care facilities.[5] Plaintiffs opposed this motion, arguing that the employees were subject to a single, uniform policy on automatic meal period deductions.

In the first published decision on the subject, the district court granted the motion to decertify. The court noted that, although plaintiffs were subject to a uniform meal period policy, the nature of the claim was not proper for classwide treatment. To prove a violation, plaintiffs would have to prove that they were not relieved from their work duties and were not paid for any time spent working. The court found that these issues required individualized factual determinations. Thus, the district court dismissed the collective action allegations.

The same court recently granted a motion to decertify in White v. Baptist Memorial Health Care Corporation.[6] Unlike the plaintiffs in Frye, plaintiffs in White sought to represent employees only at a single facility. But the court ruled that “the differences” among potential class members outweighed the similarities of the alleged unlawful practices.

In the future, health care providers may be able to draw additional support for decertification from the Supreme Court’s decision in Wal-Mart Stores, Inc. v. Dukes.[7] In Dukes, the Supreme Court reversed certification of a class of current and former female Wal-Mart employees who alleged that Wal-Mart discriminated against them on the basis of their sex. The Court concluded that the plaintiffs had failed to satisfy the commonality requirement of Federal Rule of Civil Procedure Rule 23(a). Since Dukes, though FLSA collective actions are not subject to Rule 23, some courts have analyzed the collective action issue with a heightened focus on manageability and commonality.[8]

A district court recently granted summary judgment in favor of a hospital in an FLSA collective action involving a meal period policy. In Haviland v. Catholic Health Initiatives-Iowa Corp., plaintiffs alleged that they should have been paid for time spent on their meal breaks, since they were expected to respond to emergency calls.[9] The district court disagreed, ruling that the hospital could properly deduct time for meal periods.

Plaintiffs in Haviland were employed as security officers. They received a 30-minute uncompensated meal period, during which they were expected to remain at the hospital, monitor their radios and respond to emergencies. Plaintiffs argued that this time predominantly benefited the hospital.[10] The court granted conditional certification, and the hospital moved for summary judgment.

While Frye, White and Haviland are important victories for the healthcare industry, they are unlikely to dissuade plaintiffs from suing hospitals for similar or other wage and hour claims such as alleged off-the-clock work or misclassification. Hospitals should assess their wage and hour policies to ensure compliance with the Fair Labor Standards Act. 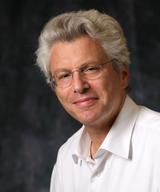 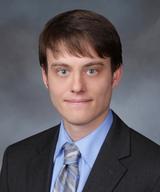