CCBJ: AT&T and Akin Gump are working ­together to support a fellow at the Veterans Consortium through Equal Justice Works. Tell us a little about that organization.

Tamera Woodard: The purpose of Equal Justice Works is to ensure that there’s a sustainable pipeline of talented and trained lawyers who will go into public service work after law school. Equal Justice Works provides a continuous program that actually begins with incoming law school students and extends to people who are further along in their careers. Akin Gump and AT&T are involved with the post-law school level, which includes postgraduate and public interest law fellowship programs. The hope is that those individuals will eventually obtain full-time legal positions in public service, as opposed to working in a law firm or corporate environment.

Steve Schulman: I’ve worked with Equal Justice Works for almost 20 years, and it’s rewarding seeing people that we selected as fellows years ago now out there in leadership roles. The program is not just an effort to get people into public service by saying, “Here’s a staff position at the Legal Aid Society that we’ll put you in.” Instead, applicants are required to develop projects that will fill a gap in legal services. It therefore attracts people who are ambitious and insightful and who exhibit leadership qualities from an early point in their careers.

How did your organizations come to partner on this?

Woodard: We try to partner with our preferred firms in ways that extend beyond doing actual legal work on behalf of AT&T, and try to find other ways to create synergies and get our lawyers to know each other. This was a great opportunity for that. And this program has the support of David McAtee, our general counsel, which is important because we’re funding a two-year fellowship.

Thomas Yang: We’re always looking for ways to partner with key clients on things like this that help the community. So when AT&T reached out, looking for a co-sponsor for an Equal Justice Works Fellow, we viewed it as a great opportunity to both help the community and expand our relationships with AT&T.

Schulman: Also, we have a long-standing relationship with Equal Justice Works. That starts at the top: Our chair, Kim Koopersmith, has chaired EJW’s board of directors for a number of years, and she has really been an unflagging supporter of Equal Justice Works in their mission. In addition to co-sponsoring Danica Gonzalves with AT&T, we annually sponsor two other Equal Justice Works Fellows on our own and co-sponsor another one with Walmart. In any given year, then, we have four fellows who are sponsored by Akin Gump.

As you noted, Akin Gump and AT&T are sponsoring Equal Justice ­Fellow Danica Gonzalves for the program. Tell us about how she was selected and the project that she’s created.

Woodard: For one thing, Danica’s focus is on veterans. The goal of her project, which kicked off in September 2017, is to serve veterans who were wrongly given an Other Than Honorable discharge due to post­traumatic stress disorder [PTSD] or traumatic brain injury [TBI]. That aligns very nicely with AT&T’s commitment to hire 20,000 veterans by the year 2020. We’ve hired more than 14,000 toward that goal so far.

In her program, Danica interviews these veterans and qualifies them for participation. Then, partners like AT&T and Akin Gump take on their cases, filing briefs with the review board of the applicable military service to get their discharge status upgraded. If you have an Other Than Honorable discharge, it deprives you of various benefits, such as employment benefits, veterans’ benefits and medical care – precisely the types of things that this population, people who have PTSD or TBI, need.

We recently received an update saying that since September, Danica has provided referrals and brief services to more than 400 veterans, and more than 30 veterans have received full representation on discharge upgrades.

Yang: It was particularly moving to me to hear about Danica’s project during the interview process. I believe that many of these veterans are being given an Other Than Honorable discharge without everyone realizing the full impact of that type of discharge. Maybe the commanding officer who signs off on the discharge feels that it is necessary for the unit’s benefit, but they’re not fully appreciating the effect it has on the individual.

You have a situation where someone goes into the military, suffers trauma from his or her service in the military and is ultimately given an Other Than Honorable discharge due to that trauma. As a result, the veteran is denied medical benefits to treat the very illness that was caused by his or her service. That certainly seemed to be an unfair and unjust situation that we all felt compelled to help rectify.

Schulman: I was just stunned by a story that Danica told us during our interview with her. It was about a woman she had been working with who had been deployed to Afghanistan. During her first tour, the woman was driving a Humvee and ran over an IED [an improvised explosive device], which blew up the vehicle and shattered her legs. She ended up at Walter Reed hospital here in the Washington area, and miraculously survived with her legs intact. She was then redeployed to Afghanistan. It is probably not surprising to learn that a redeployment to Afghanistan for somebody who has gone through such a traumatic experience caused her more trauma. She acted out. I don’t recall the details of what she did, but she was put before a court martial. However, she had been so traumatized that she was found to be mentally unfit to face the court martial. So her military lawyer agreed to an Other Than Honorable discharge as opposed to the court martial. The terminology is that she ended up with “bad paper.” They call it that because with an Other Than Honorable discharge, the paper you have – your proof of military service – doesn’t get you very far. In this woman’s case, she was unable to get healthcare services.

That’s just incomprehensible to me. As a pro bono partner, I often end up working on public interest matters that bring to light a great deal of injustice in the world. But this shocked me, and I think it really spoke to all of us in the room.

What insights would you give other law departments looking to get involved in pro bono work? What lessons have you learned from your experiences?

Woodard: A big lesson is, find something that your employees are really passionate about, because that is how you will be able to drive the most engagement. The other thing I would say is, find a partner who is as committed to the cause as you are. Akin Gump has been an incredible partner for us.

Schulman: We would recommend that law departments partner with somebody who’s done it before, who has a pro bono practice or experience working with an organization like an Equal Justice Works. That can give a law department a measure of comfort in moving forward. If possible, do a co-sponsorship like we’re doing with AT&T that would allow you to work closely with a law firm. One of the luxuries that law firms have is that they usually have more staff than most in-house departments, which are more leanly staffed. The firm can take on more of the obligations and make it easier for in-house counsel.

Woodard: From our perspective, Steve is 100 percent correct. One of the things that our lawyers like about this program is that there is a partner on the other side. The project is discrete and there is a clear end to it. Those things help drive engagement.

Tamera Woodard is assistant vice president, senior legal counsel at AT&T, where her current practice includes supporting the Chief Diversity Officer and human resource clients. She is the National Chair of AT&T's Pro Bono program. She can be reached at [email protected].

Thomas Yang, a partner at Akin Gump, has more than 23 years of experience in mergers and acquisitions, capital markets and securities, including extensive experience in private equity transactions. He can be reached at [email protected].

Steven Schulman is a partner at Akin Gump and leads the firm’s pro bono practice. He maintains a substantive practice in many areas of public interest law, including human rights, immigration, assistance to military personnel and poverty law matters. He can be reached at [email protected]. 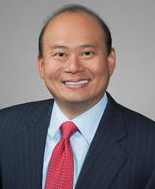 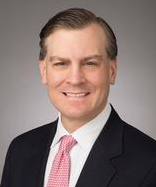 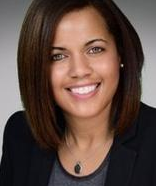