While the regulatory environment has evolved over some time, 2013 has ushered in significant changes that call for a new focus on tax planning and administration. Tax rates have increased, the list of taxpayer disclosure requirements continues to grow, and there has been an uptick in audit activity at both the federal and state levels. This article will highlight some of the major legislative changes and provide some helpful insights for navigating through them.

The Patient Protection and Affordable Care Act (“PPACA”) has added a new dimension to the taxation of pass-through income. The PPACA, signed by President Obama on March 23, 2010, has been one of the most fervently debated pieces of legislation in recent memory – and it appears it is here to stay. One of its main components, which went into effect on January 1, 2013, is the imposition of a 3.8 percent tax on net investment income for certain high-income taxpayers – codified as the Medicare contribution tax. The term “net investment income,” for purposes of the Medicare contribution tax, includes items such as interest, dividends, and capital gains less certain expenses. Perhaps most importantly, net investment income includes net income from passive activities. Passive activities are trades or businesses in which the taxpayer does not materially participate. To materially participate, or to be considered “non-passive,” a taxpayer must be involved in the operation of the activity on a regular, continuous, and substantial basis. Such involvement, per IRS regulations, is measured by certain tests that take into account the number of hours a taxpayer spends operating or otherwise managing the trade or business.

Taxing passive income under the PPACA has effectively changed the setting for non-participatory investors in operating businesses. For the typical high-income passive investor, income from an operating business will be subject to an additional layer of tax, at 3.8 percent, which mirrors the Medicare portion of self-employment tax paid by owner-operators, also at 3.8 percent starting in 2013. One item to note is that the passive investor will not be allowed the benefit of a deduction for one-half of the additional tax paid as is the self-employed individual. Additionally, IRS has proposed regulations that could result in situations where taxpayers with a net investment loss still owe the Medicare contribution tax. This is possible under the proposed regulations because of the procedures for allocating expenses between net investment and self-employment income. The effects of the new tax are not limited to partners and partnerships. S corporation shareholders are not subject to self-employment tax on business income flowing through the corporation. If, however, a shareholder’s interest in the S corporation is deemed passive (i.e., the shareholder does not materially participate), any business income generated would be subject to the 3.8 percent tax.

Although the imposition of the Medicare contribution tax affects many taxpayers, there are planning opportunities. A partner who invests in multiple pass-through entities can use passive losses from one activity to offset passive income of another. Certain taxpayers, for example, could benefit from how they group their passive activities in order to minimize the net passive income subject to the tax. Also, for managers, there are certain situations that, with proper execution, can reduce the amount of income subject to both the Medicare contribution tax and self-employment tax.

Increased Audit Activity For Partnerships In 2014

Also on the horizon, IRS is examining ways to increase audit activity of partnerships and other pass-through entities beginning in 2014. Late last year, Faris Fink, Commissioner of IRS Small Business/Self-Employed Division (“SB/SE”), commented at an AICPA meeting that the division will be increasing audit activity for partnerships in 2014. To prepare for this, SB/SE has been developing new procedures for selecting the right partnership audit targets as well as for conducting the audits themselves. In anticipation of these measures, partners and partnerships should take action to protect themselves from unwanted IRS scrutiny.

There are certain fundamental and common missteps that, with proper attention, can be avoided. In today’s fast-paced business environment, it is not uncommon for an entrepreneur to jump at an opportunity as it arises and only ask vital tax questions after the smoke has cleared. In most cases, asking the right questions when it is already too late can lead to substantial – and costly – inefficiencies in an individual’s overall tax posture. Before starting or joining a new venture, there are several questions a taxpayer should consider:

Asking questions like these at the outset can help set the framework for a solid structure that is both tax efficient and resistant to IRS challenges.

Once the aforementioned matters are vetted and a structure is in place, the major areas requiring consideration are operations and documentation. If a partnership operates as the partners intended, and it has adequate supporting documentation, the risk of a successful IRS challenge will be minimized. A legally and economically sound partnership agreement should be properly executed by all partners. The partnership’s books and records should be properly maintained along with bank records to substantiate cash transactions. Capital accounts must also be properly maintained and reflect the economic agreement among the partners. The partnership must retain any materials documenting contributions of assets into the entity. Likewise, any distributions to the partners should be documented and made in accordance with the terms of the partnership agreement.

These are areas on which an audit would likely focus and they require diligence from the parties involved. Proper accounting and administration is conducive to accurate reporting and that above all will pose the greatest defense to an IRS audit.

As a result of changes in the regulatory environment that have taken shape this year, along with others on the horizon, the need for tax planning and compliance procedures for partnerships and LLCs has never been more important. The Medicare contribution tax, imposed under the PPACA, attempts to level the playing field by taxing certain types of income, but there are ways to help alleviate some of its impact. In conjunction with increased regulations, IRS is looking to improve the way partnership audit candidates are identified so that it can increase the number of successful audits. Taxpayers can protect themselves, though, by following some fundamental guidelines for forming and operating the partnership. Don’t go it alone. The time is right to seek guidance from a professional tax advisor. 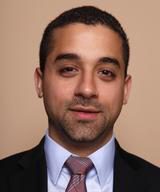