Once The Whistle Has Sounded: Courts Should Aggressively Enforce The False Claims Act's First-To-File Bar

The False Claims Act's ("FCA") first-to-file bar – 31 U.S.C. § 3730(b)(5) – encourages a race to the courthouse to reward a qui tam relator who promptly discloses fraud. In essence, the rule creates an incentive for relators to alert the government to the essential facts of a fraudulent scheme. The rule also establishes a jurisdictional bar to additional lawsuits based on the same facts because the follow-on suits do not enhance the government's ability to investigate fraud.

Numerous courts, however, have circumnavigated the rule by allowing an infinite number of duplicative claims as long as no prior complaint is pending at the time of filing. The United States Supreme Court recently granted certiorari in United States ex rel. Carter v. Halliburton Co. and is set to decide whether the first-to-file bar prohibits repetitive claims or functions merely as a "one-case-at-a-time" rule.

New FCA cases have exploded. According to U.S. Department of Justice ("DOJ") statistics, 752 new cases were filed in 2013 alone. The reasons are not surprising. Congress has repeatedly acted to make it easier to file FCA suits. The financial incentive to initiate false claims cases is staggering: relators receive 15 to 30 percent of a judgment or settlement. With the government having recovered nearly $3.8 billion in federal false claims cases in fiscal year 2013 and more than $37 billion since 1986, relators are reaping huge rewards. In 2013 alone, whistleblowers were paid more than $300 million.

"[S]o long as a subsequent complaint raises the same or a related claim based in significant measure on the core fact or general conduct relied upon in the first qui tam action, the § 3730(b)(5)'s first-to-file bar applies." U.S. ex rel., Grynberg v. Koch Gateway Pipeline Co., 390 F.3d 1276, 1279 (10th Cir. 2004). Most courts examining the first-to-file rule have interpreted the meaning of "related action based on the facts underlying the pending action" quite broadly, holding that the facts of the later-filed qui tam need not be identical for the suit to be barred. Courts have interpreted the rule to apply when a later-filed qui tam complaint is based on either (i) the same "type of fraud," (ii) the same "essential elements," or (iii) the same "material elements" of fraud. See, e.g., U.S. ex rel., Lujan v. Hughes Aircraft Co., 243 F.3d 1181, 1189 (9th Cir. 2001). Thus, the ultimate question is "whether the [later-filed] complaint alleges a fraudulent scheme the government already would be equipped to investigate based on the [earlier-filed] complaint." U.S. ex rel., Batiste v. SLM Corp., 659 F.3d 1204, 1209 (D.C. Cir. 2011). The majority of case law demonstrates that courts will not allow a relator to bypass the first-to-file bar simply by alleging a new place, time, or item by which the same fraudulent scheme is being carried out. There is no list of characteristics to consider. Rather, the court will look at the purpose behind the FCA provision. If there is enough evidence to put the government on notice of the alleged fraud being committed, the second lawsuit should be barred.

The First Circuit recently held that the first-to-file bar applied where the later-filed complaint alleged a scheme to promote different off-label uses for the same prescription drugs. U.S. ex rel., Wilson v. Bristol-Myers Squibb, Inc., 750 F.3d 111 (1st Cir. 2014). The court held that the "essential facts test" had been satisfied where the two complaints involved the same defendants, the same drugs, the assertion of nationwide schemes, and common mechanisms of promotion that lead to common patterns of submission of false claims, even though the drugs were marketed for different diseases and symptoms. Id. at 119. The court also noted that "[w]hether the first complaint results in there being an actual government investigation and whether any such investigation extends to off-label uses to treat different diseases is not the point." Id.

Courts have also applied the first-to-file bar in cases where different products were at issue. For example, in U.S. ex rel., LaCorte v. SmithKline Beecham Clinical Laboratories, Inc., a number of qui tam actions were brought in connection with the allegedly fraudulent ordering and billing of certain blood tests. 149 F.3d 227 (3d Cir. 1998). Although the later-filed complaint identified a few different tests than those mentioned in the earlier-filed action, the court still held that the first-to-file bar applied, stating that the original complaint "clearly did not intend to provide an exhaustive list of tests improperly included in the . . . orders." Id. at 236. The original complaint was broad enough to bar the claims in the subsequent complaint.

Similarly, in Synnex, the relator asserted that the defendants had misrepresented the country of origin for various computer products, mostly Cisco products. 798 F. Supp. 2d at 73. An earlier case had alleged the same scheme of falsifying countries of origin, but with regard to some different products, mostly HP. The court held that this difference was not sufficient to allow the relator to avoid the bar. Rather, the court explained that "the first-to-file bar applies unless the complaint alleges a different type of wrongdoing, based on different material facts." The fact that the relator alleged that the defendants made "false claims to different agencies under different contracts [did] not mean that the complaints incorporate different material elements." Id.; Shea, 2012 U.S. Dist. LEXIS 163525 at *9.

Other courts have applied the first-to-file bar in cases involving different geographic regions and time periods. See U.S. ex rel., Hampton v. Columbia/HCA Healthcare Corp., 318 F.3d 214, 218 (D.C. Cir. 2003) (noting that the original complaint had alleged a nationwide scheme and had only identified certain states as "examples or samplings of a huge number of illegal payments from Medicare . . . received . . . in 37 states."). Likewise, a difference in the time period also will not prevent the application of the first-to-file bar. See Chovanec, 606 F.3d at 365 (applying the first-to-file bar to a later-filed action alleging a fraudulent scheme occurring after the time period covered in the earlier-filed complaint and settlements; however, granting dismissal without prejudice so that the relator could refile its claims since the earlier actions were no longer pending).

Several circuits have limited application of the first-to-file bar, ignoring the purpose of the rule. In Chovanec, the Seventh Circuit held that once the initial complaint was no longer pending, the bar of § 3730(b)(5) did not apply and allowed the relator to file a new qui tam action. 606 F.3d at 362‑65. The court noted that if the later-filed case were brought while the original case was pending, it would have to be dismissed "rather than left on ice." Id. at 362. The court reasoned that while the doctrine of claim preclusion may prevent filing of subsequent cases, the first-to-file bar should not, especially where the original case was dismissed on reasons other than the merits or dismissed without prejudice. Id. at 362–65.

Likewise, in Carter the Fourth Circuit held that the first-to-file bar did not prevent a subsequent case once the original action had been dismissed. 710 F.3d at 183. In reversing the district court, the Fourth Circuit found that the relator's claim, which was filed while a related action was pending, should have been dismissed without prejudice based on the first-to-file rule.

In its brief in opposition to certiorari, the relator argues that a dismissal for lack of jurisdiction cannot be with prejudice and that precluding copycat actions create immunity from suit. The petitioner defendant contends that the relator's position conflicts with the purpose of the rule, which is to notify the government that it should investigate a potentially fraudulent scheme. Further, the concern raised by the respondent in Carter that dismissal with prejudice based on the first-to-file bar will create immunity is simply without merit and unwarranted. The first-to-file bar prevents only an action by a private person – the government remains free to prosecute FCA claims. The defendant relies on the Ninth Circuit's rationale in U.S. ex rel., Lujan v. Hughes Aircraft Co., 243 F.3d 1181 (9th Cir. 2001), which requires dismissal of a related complaint even where the earlier-filed complaint has already been dismissed. Further, the D.C. Circuit's recent decision in United States ex rel. Shea v. Cellco Partnership, 748 F.3d 338 (D.C. Cir. 2014) likewise confirms that the FCA's first-to-file rule bars subsequent related suits even if the prior action is no longer pending. The D.C. Circuit expressly disagreed with the Fourth Circuit's holding in Carter and with precedent in several other circuits, indicating a clear circuit conflict.

By effectively treating a first-to-file dismissal as curable, the Fourth and Seventh Circuits have ignored the purpose of the first-to-file bar – that is, to notify the government that it should investigate. Allowing successive complaints would encourage copycat relators to file suit, which would further stretch government resources. The Supreme Court now has the opportunity to restore the purpose of the first-to-file bar by reversing the Fourth Circuit and clearly settling the circuit conflict. 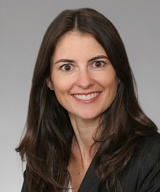 The Flipside of Federal Contracts: Pursue government bids fully aware of the complications and compliance nuances

The federal government can provide a large and lucrative line of business, but not without significant risk. Alexander Major and Franklin Turner of McCarter & English caution companies regarding the growing trend toward contract-related claims, how False Claims Acts penalties are affecting...

Last year, the Department of Justice (“DOJ”) recovered nearly $5.7 billion under the False Claims Act (“FCA”),[1] setting a new record for civil recoveries under the FCA and easily besting 2013’s take of $3.8 billion.[2] A number of decisions interpreting the FCA...

Editor: Please tell our readers about the kind of work you do in Jones Day’s New York office. Wendel: I am a litigator, working predominantly on False Claims Act cases. Ninety percent of my practice for the past ten or so years has been False Claims Act work both federal and state. I...