A Record-Breaking Year for the DOJ

The DOJ’s success in recovering nearly $6 billion was due in no small part to the 2009 Fraud Enforcement and Recovery Act (“FERA”) amendments, which, inter alia, weakened the FCA’s materiality requirement and expanded the definition of what constitutes a “claim” under the Act.[6] The DOJ took full advantage of these changes, introducing the FCA into new sectors in 2014. For the first time in recent memory, the financial industry was the leading source of civil recoveries under the FCA, paying an “unprecedented” $3.1 billion to settle FCA allegations in connection with the origination and quality control of residential mortgages sold to Fannie Mae and Freddie Mac and loans insured by the Federal Housing Administration (FHA).[7] Settlements included $1.85 billion paid by Bank of America Corporation, $614 million from J.P. Morgan Chase, $428 million from SunTrust Mortgage, and $200 million from U.S. Bank.[8]

At the same time, the DOJ in 2014 continued to focus on healthcare fraud – a longstanding target of the FCA – securing $2.3 billion to resolve FCA claims involving federal healthcare programs.[9] For instance, Johnson & Johnson paid $1.1 billion to resolve claims regarding the marketing of certain pharmaceutical drugs,[10] Omnicare paid $116 million to settle Anti-Kickback Statute allegations,[11] and Shire PLC paid $56.5 million to settle claims regarding the marketing of Adderall.[12]

Given the DOJ’s success in 2014 and recent statements by federal officials, there is little reason to doubt that the DOJ intends to continue using the FCA as an all-purpose anti-fraud tool. One area to follow is the payment of import and export duties: recent public comments suggest that the DOJ remains keenly interested in using the FCA to pursue alleged customs fraud.[13] As a cautionary tale, it is worth noting that in late 2012 the DOJ recovered $45 million to settle allegations that a foreign company violated the False Claims Act by knowingly failing to pay antidumping and countervailing duties.[14]

In Omnicare, the Fourth Circuit affirmed dismissal of a relator’s complaint, concluding that failure to satisfy current Good Manufacturing Practices alone is insufficient to allege a violation of the FCA under an implied certification theory.[15] The ruling is significant for two reasons. First, Omnicare rejected the argument that regulatory violations by themselves can form the basis of a false claim – which is a contention that the relator’s bar has made with increasing frequency.[16] Second, Omnicare created a split with the First and D.C. Circuits, which have held that FCA liability may in fact “be predicated on statutory or regulatory violations without requiring an express statement by the government that compliance with the statute or regulation is a condition of payment.”[17] On October 6, 2014, the Supreme Court denied certiorari in this case and declined to address the current circuit split.[18]

In Life Care Centers, a case alleging that the defendant overbilled Medicare, the district court ruled that the government could use a statistical sampling of 400 patient admissions to prove liability for over 150,000 claims.[19] The defendant filed a motion seeking to certify the order for interlocutory appeal to the Sixth Circuit on the issues of whether the government could meet its burden through the use of statistical sampling and extrapolation and whether this practice of extrapolation violates the Due Process Clause of the Fifth Amendment.[20] District Court Judge Harry S. Mattice, Jr. rejected the defendant’s request for interlocutory appeal, calling the appeal “inefficient and ill-timed.”[21] The district court ruling has potentially game-changing implications because it could expose corporate defendants to staggering damages under the FCA without requiring proof that all of the claims in question were, in fact, false. It remains to be seen whether other courts will follow the lead of Life Care Centers, but the use of statistical sampling to prove liability under the FCA is a cause for concern for corporate defendants, regardless of their industry.

Another issue of note that arose is how courts should determine whether damages are punitive, and therefore not tax deductible, or compensatory, and therefore tax deductible under Section 162(a) of the Internal Revenue Code. The Ninth Circuit in Talley Industries Inc. v. Commissioner held that the taxpayer bears the burden of proving the compensatory character of damages to be paid under the FCA.[22] The circuit court added that the compensatory classification is predicated on the intent of the parties, potentially suggesting a high burden of proof for the settling party.[23] By contrast, in 2014, in Fresenius Medical Care Holdings Inc. v. United States, the First Circuit held that a court “may consider factors beyond the mere presence or absence of a tax characterization agreement between the government and the settling party” to determine the nature of the damages.[24] The IRS did not file a petition for writ of certiorari and thereby denied the Supreme Court the ability to review this important question at this juncture. As such, the future of the Section 162 deductibility standards remains undetermined.

A decision from the Supreme Court in Kellogg Brown & Root v. United States ex. rel. Carter is expected by the end of June.[25] The case presents two significant questions: (1) whether the Wartime Suspension of Limitations Act (“WSLA”) tolls the statute of limitations in civil FCA cases; and (2) whether a first-filed case is still deemed to be “pending” within the meaning of the FCA, barring any subsequently filed suit, even after the first-filed case is settled or dismissed.[26]

KBR is significant because as it stands under the Fourth Circuit’s interpretation of the WSLA, the statute of limitations has not even begun to run on any possible FCA claims and it will not expire until the conflicts in Iraq and Afghanistan have been formally terminated by the United States. A decision regarding the first-to-file issue is equally important because it raises concerns about parasitic claims under the FCA.

The DOJ’s record-breaking success in 2014 and continued incorporation of the FCA into new areas suggest that FCA enforcement will remain a top priority for the DOJ in 2015. Thus, corporations must be mindful of the evolving FCA case law when doing business, whether directly or indirectly, with the federal government to avoid potential liability.

[11] See id. The Government alleged that Omnicare paid kickbacks in violation of the Anti-Kickback Statute to nursing facilities to induce the facilities to choose Omnicare as their pharmacy provider. See id.

[21] Order at 6, Life Care, Nos. 1:08–cv–251, 1:12–cv–64 (E.D. Tenn. Nov. 24, 2014), ECF No. 209. Judge Mattice deemed the appeal unripe: “statistical sampling and extrapolation as applied to the Government’s FCA claims has yet to be sufficiently defined within the factual record, making it inappropriate and unripe for resolution through an interlocutory appeal.” Id. Despite acknowledging that the issues were ones of “first impression,” Judge Mattice went on to write that the use of statistical sampling and extrapolation is “commonplace” and was thus “unable to conclude that there is substantial ground for difference of opinion on this issue,” which is one of several criteria for certifying an interlocutory appeal. Id. at 7. 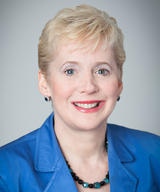 The Flipside of Federal Contracts: Pursue government bids fully aware of the complications and compliance nuances

The federal government can provide a large and lucrative line of business, but not without significant risk. Alexander Major and Franklin Turner of McCarter & English caution companies regarding the growing trend toward contract-related claims, how False Claims Acts penalties are affecting...

Once The Whistle Has Sounded: Courts Should Aggressively Enforce The False Claims Act's First-To-File Bar

The False Claims Act's ("FCA") first-to-file bar – 31 U.S.C. § 3730(b)(5) – encourages a race to the courthouse to reward a qui tam relator who promptly discloses fraud. In essence, the rule creates an incentive for relators to alert the government to the essential...

Editor: Please tell our readers about the kind of work you do in Jones Day’s New York office. Wendel: I am a litigator, working predominantly on False Claims Act cases. Ninety percent of my practice for the past ten or so years has been False Claims Act work both federal and state. I...