Editor: As recent members of Wiley Rein’s Intellectual Property Practice, would each of you provide us with your professional backgrounds and the particular form of your IP practice?

Seth: My practice focuses on patent litigation in the district courts, the Federal Circuit, and the International Trade Commission, with an emphasis on pharmaceutical issues, where I have often been lead counsel.

Sylvia: My practice focuses primarily on biotechnology intellectual property portfolio counseling. In addition to litigation support and opinion practice, I am involved in hands-on patent procurement, and I handle some trademark and copyright work, including issue-spotting for clients during product line development. I have been in-house counsel in both corporate and not-for-profit settings. These experiences benefit clients in bringing a more holistic approach in viewing an IP portfolio.

Editor: The decision by the Supreme Court in Association for Molecular Pathology v. Myriad Genetics et al. handed down last year is considered a landmark case. How does it affect the biotech industry?

Sung: With respect to the Myriad decision, the industry as a whole has benefited by the fact that for four or five years before it reached the Supreme Court, companies had an opportunity to begin preparing for the contingency that at least some of the patent claims at issue might be invalidated. As a result, by the time the Supreme Court decision was handed down, many had already incorporated patent strategies to claim genomic inventions so as to survive Myriad’s holding. Myriad therefore impacted certain patent claims to genomic inventions, but not all. Accordingly, many biotechnology companies’ shares actually increased the day Myriad was decided – because it signaled some level of certainty with respect to what may or may not be patentable. That being said, there are a number of companies focused on biomarkers and molecular diagnostics that have suffered from the Myriad decision, at least in part due to the public perception that Myriad has made gene patenting more difficult.

Editor: Simply stated, the rule of the case is that if there is some additional component added to a natural substance, it might thereby be patentable.

Sung: Yes, the Supreme Court expressly carved out exceptions that include methods of manipulating genes, new applications of knowledge about the genes, and DNA in which the order of the naturally occurring nucleotides has been altered.

Editor: What will be the impact of this decision on medicine, therapeutics and the diagnostic industry and healthcare research generally?

Sylvia: Patent lawyers may see the impact as being helpful in ruling out a particular set of claims that won’t be enforced in the future. Skilled practitioners understand there are lots of ways to craft patentable claims for these products, both from a composition and method claims standpoint. Given any uncertainty about the patents themselves, it makes developing other types of strategies important in portfolio management, such as market exclusivity, data exclusivity, orphan drug status, and other forms of IP that can be valuable to blockbuster biologics.

Sung: Another direct impact is that certain university early-stage researchers, who in the past may have filed patent applications based primarily, if not entirely, on genomic sequence information alone, may now be more inclined to maintain the confidentiality of such data until some better understanding of its relevance biologically or proof of principle has been achieved.

Seth: From an enforcement point of view, there will be a temporal shift in the enforcement actions until the scope of the patent claim coverage is known.

Sylvia: Much biopharma research has been initiated at universities and led to some of these blockbuster products. Patents for these products are out-licensed through university tech transfer offices and have become a source of income for those universities.

Editor: Do you think there ultimately may be some pushback by universities that are being hurt at the tech transfer level?

Sung: Yes, universities engage in basic research and seek collaborations with private companies to develop that early-stage work into commercializable technology. To the extent that basic research focusing on gene-based inventions, like the identification of biomarkers, will meet with greater resistance from the patent eligibility perspective, the implication is that universities might be less able to license their early-stage research or otherwise establish such collaborations.

Seth: At the same time, I think that big pharma relies on this very basic research. It’s an interesting tension that while universities may be pressed for invention disclosure, there is a need on the part of big pharma for those pipelines to remain open.

Editor: And, the America Invents Act makes it incumbent on them to register those patents very early.

Sung: Yes, the first-inventor-to-file requirement now arguably fuels a greater race to the patent office than in the past. But the lesson from Myriad is that the drafting and filing of a patent application to a genomic invention must be done judiciously, not in haste.

Editor: Where do we stand with the Biologics Price Competition and Innovation Act as it relates to products under development?

Sung: There has not been any significant movement since the legislation was enacted some three or four years ago, at least with respect to IP. The patent information exchange that is set forth in a rather eloquent framework remains in force. But it has not yet been tested, primarily because no applicants have opted to enter the biosimilars[1] regulatory pathway. That is understandable, given the absence of any substantial guidance by the FDA with respect to what information is needed for regulatory approval under the biosimilars application route. In this regard, the IP aspects of the BPCIA will likely come to the fore only after the regulatory issues begin to resolve.

Editor: The first case brought under BPCIA was Sandoz Inc. v. Amgen. What is its significance?

Sylvia: The significance of this case is that the courts are willing to recognize biologics regardless of the posturing of the particular plaintiff or defendant. Because it is a case involving biologics, it is governed by the BPCIA, regardless of the uncertainty at the FDA. As biologics developed, the way the FDA was handling cases had been similar to the way they had handled the small molecules or chemicals cases. Now we are seeing the lines being drawn differently because biologics are, in fact, different and are going to be handled differently by the FDA and the courts as well.

Editor: What are some of the issues affecting biosimilars under the BPCIA, part of the Affordable Care Act?

Sung: While the BPCIA is a federal law, the various states are implementing their own biosimilars legislation, all calculated toward trying to achieve a lower price point for any type of follow-on biologic. Where you have a small molecule generic entry, you can have a price discount from the brand of as much as 85 percent. However, with a follow-on biologic, according to the experience observable with the European Medicines Agency, the corresponding agency to our FDA, the price drop for a biosimilar may be only 15 percent. Different cost dynamics, and consequently different business strategies, thus are at play with follow-on biologics versus small molecules.

Seth: Due to their complexity, biologics are more expensive than traditional small molecule drugs.

Sylvia: Biologics are more complicated than the small molecules. Just in molecular size they are hundreds of times larger than typical small molecule (chemical) drugs, and are grown in living cells; the scale-up to produce them in a clean room facility is very involved. For example, the host cell, cell media, and conditions in which these cells are grown may have a significant impact on the biologics product itself. So some of these processes may have levels of uncertainty, even on the science side.

Editor: I guess that’s one reason the FDA has been so slow in issuing a final set of regulations.

Sung: Right. The FDA recognizes the greater complexity involved with a biosimilar as compared with a small molecule. Unlike with a small molecule, where the chemical identity between the brand and the generic compound may be more easily verified to support claims of safety and efficacy, the nature of a biologic product, for which even the reference product sponsor may experience batch-to-batch variations, raises difficult issues regarding safety, purity and potency. Among the as-yet unanswered questions is what data will the FDA require as well as whether that data must be provided by only certain sources, such as clinical trials conducted exclusively in the United States.

Sylvia: Because of the uncertainty on the FDA side, you will have biopharma companies opting to categorize their biologics as a new biologic rather than as a biosimilar and basically start from scratch in the FDA approval and, possibly, patenting process.

Sung: One of the potential disadvantages of seeking FDA approval as a biosimilar is the requirement that the biosimilar applicant disclose its method of manufacture to the reference product sponsor to facilitate a patent infringement assessment. To the extent that the FDA requirements for a biosimilar fail to provide at least an offsetting advantage, like a meaningful, abbreviated approval process, a company may be inclined to elect to pursue approval as a new reference product rather than as a biosimilar. But for now, companies, including the traditional brand pharmaceutical companies, are waiting to see what the FDA requirements will be.

Editor: Is collaboration with big pharma the future of biopharma research? What hurdles do these collaborations face?

Sung: Conceptually these will be the same types of relationships that have always existed, which is that big pharma to the extent that it does not have certain in-house capabilities will be looking to partner with others, particularly with companies that are more biotechnology focused, in providing lead compounds and molecules. There are many companies that feel the pathway to creating a biologic as a reference product may be more of a level playing field simply because there is not an established regulatory framework. That emboldens many companies that had not previously viewed themselves as an innovator to at least consider that approach.

Editor: Do you expect the FDA to provide regulation on biosimilars in 2014?

Sung: The most direct answer to the question is a procedural one. The simple fact is that unlike many other types of legislation that implicate agency practice, in this case no input from the FDA was requested by Congress. And because there is no mandate for FDA guidance in the BPCIA, the FDA is not under a deadline to implement regulations. Of course, the FDA wants to be as informed as possible in preparation for biosimilars application review. Just how much preparation is optimal is the question.

Editor: There seems to be a blind spot in the BPCIA.

Sylvia: There are many questions, such as the distinction posed in defining market exclusivity and data exclusivity (which forecloses a new entrant from obtaining clinical trial results of the reference product’s data over an ill-defined term). As with other novel legislation, the answers will likely be determined via litigation.

[1] Biosimilars and follow-on biologics may have the same mechanism of action in the body and may be used for the same clinical indication, but they are not necessarily structurally identical to the original reference product. 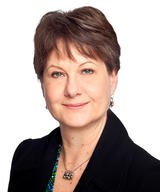 Funding Biotech Innovation: The Ins And Outs Of Collaboration Arrangements And Licensing Agreements

Editor: Please describe your background and practice. Waldron: I am a transactional lawyer and a member of my firm’s Life Sciences Practice Group. My practice focuses on the representation of both emerging and well-established companies in business transactions, with a particular emphasis...