It’s not always what a business person might expect. The practical application of Uniform Commercial Code Article 9, which governs secured transactions, can be a bit mysterious. Even well-documented and properly perfected security interests are sometimes illusory. This is especially true in the case of goods sent to another company for toll processing (i.e., processing for a fee) or to be joined with other raw materials in a finished product. The problem arises from the concept of “commingled goods” in UCC Section 9-336. The UCC calls goods “commingled goods” when they are “physically united” with others such that “their identity is lost in a product or mass.” The loss of separate identity is the essence of commingled goods. Goods that are joined with others but that nevertheless retain their separate identities are called “accessions” and are treated under different rules. After commingling, no security interest survives in the formerly separate goods. Rather, after commingling, the security interest in the original goods attaches to the resulting product or mass. However, if the product or mass or any of its other components is also the subject of a pre-commingling security interest, then the issue becomes the priority and value of the competing security interests.

A simple example of commingled goods (provided by the Official Comments to Section 9-336) is cakes in a bakery. One vendor supplies eggs, another, flour. Once the eggs are mixed with the flour to make the cakes, both the eggs and flour lose their separate identities and become “commingled goods.” It is not hard to accept that the security interests of the egg supplier and the flour supplier rank equally in proportion to the value of their goods at the time they became commingled. Example 1 of the Official Comments to Section 9-336 explains:

But do not become complacent here. Many companies have bank lines of credit, and those lenders often have liens on all of the borrower’s assets, including work in process and finished goods. If the bank’s lien on the assets of the bakery was perfected (by the filing of a UCC Financing Statement) before that of the egg or flour supplier, the bank will have priority over them in the cakes. Depending upon the value of the product, being demoted to second position may represent a complete loss of collateral to the raw material suppliers.

In this example, the art company’s gold is probably protected as long as the gold bars it delivered are separately identifiable. After the processing of that gold has begun, unless the processing for the art company is completely segregated from the processing for other customers of the processor, the likelihood is that the bank will prevail and be deemed to hold the first priority lien on the gold. One could argue that the tolling arrangement is a bailment, not subject to the commingling rules, but the courts have tended to not adopt that view.

The lesson here is an important one. A company that ships goods to another company – for processing or to be joined with other goods – cannot rely upon just a security agreement and UCC filing to protect itself against loss of the value of those goods in the event of a default by the processor or customer. Instead, the supplier of the goods should consider other means of limiting its credit risk.

Perhaps the best thing a goods supplier can do to protect itself is to work out an agreement with the bank that holds a prior lien on the assets of the processor. The supplier would want the bank to agree to subordinate in priority with respect to the commingled goods to the extent of the value of the goods provided by the supplier. That would be a good deal if the supplier could get it. However, banks are usually reluctant to carve out parts of their collateral for the benefit of others, and why should they? Accordingly, unless the supplier has economic leverage, such as from its business representing a significant part of the processor’s income, it is unlikely that the supplier will be successful in obtaining an agreement of this kind from the bank.

Another approach a supplier might explore is careful shipment control. Under this approach, the supplier limits the amount of its goods exposed to risk at the processor by regulating the timing of shipments and the amount of goods shipped – so as to deliver to the processor only what is needed to keep the production pipeline flowing. This approach requires careful coordination with the processor and continuous monitoring. The protection here will be partial, a reduction but not elimination of the credit risk.

The supplier might also consider obtaining credit default insurance with respect to the business it does with the processor; however, such a policy is only as good as its specific policy terms. For example, if the policy requires that the supplier hold a first position lien on the goods sent to the processor, the impact of the commingled goods rules might be grounds for the carrier to disclaim the very loss the policy was purchased to mitigate.

Some believe (and others question) that treating the goods as “leased” to the processor will avoid the commingled goods problem. In the case of metals, where this arrangement is sometimes used, the supplier leases, let us say gold, to the processor for a specific period or periods and at agreed rental rates. Typically, the lease agreement requires the processor to return to the supplier at the end of the lease term either a like quantity of processed metal (here, gold foil) or a like quantity and quality of gold. The processing portion of the arrangement might be handled by a separate supply contract under which the processor sells gold foil to the supplier. Creative use of metal pool account entries may be used to help simplify the financial back and forth involved in this type of lease/supply agreement arrangement. The degree to which the courts will consider this “lease” structure as being outside of the commingling rules of Section 9-336 remains uncertain.

In short, the UCC’s commingled goods rules do not favor the supplier. The loan documents of the processor’s bank may preclude any security interest in favor of the supplier. If a security interest is permitted, it will probably be subordinate to that of the bank. Absent economic leverage, the supplier may be unable to obtain an agreement with the bank that changes the priority of the security interests. The processor’s operational structure might not allow for convenient segregation of the supplier’s goods from delivery through processing and shipment back to the supplier, and, even so, the logistics and monitoring of complete segregation may be difficult. Controlling the shipment schedule to limit the amount of goods exposed can accomplish only so much. And credit default insurance at reasonable cost with appropriate coverage may be challenging to obtain. Nevertheless, a company that sends valuable goods to another company for processing should explore all of the available options for limiting the credit risk that might otherwise result from application of the UCC’s commingled goods rules. 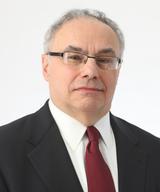 For This GC, Doing More With Less Drives Continuous Innovation

Mark Smolik, General Counsel and Chief Compliance Officer of DHL Supply Chain Americas, assesses the ongoing expansion of in-house legal departments, including how they fit into a business’s overall structure, today and in the future.

Warehouse and Marine Coverage: When it comes to goods and cargo, it’s important to know your insurance benefits

For those who track cargo and warehouse theft, it’s no secret that electronics, computer components and designer brands are prime targets for theft. It’s also no secret that a good many thieves bring ingenuity to their craft. A shipping article from this summer noted that: “Last...

SEE ALL ARTICLES ON Manufacturing