Warehouse and Marine Coverage: When it comes to goods and cargo, it’s important to know your insurance benefits

For those who track cargo and warehouse theft, it’s no secret that electronics, computer components and designer brands are prime targets for theft. It’s also no secret that a good many thieves bring ingenuity to their craft. A shipping article from this summer noted that: “Last year, security services company G4S pointed out that criminal gangs were resorting to 3-D printing to copy security devices to break into containers. Research uncovered that harbour criminals were creating perfect replicas of well-known cable seals, security locks and keys, and using these to cover their tracks and obscure any signs of theft, such as a broken seal.” [1]

The same article correctly noted that technology is both a sword and shield when dealing with cargo theft. “In the age of cyber crime, where attackers can now potentially hack a marine company’s systems, and track, board, and take specific cargo ships, offload the cargo, and vanish before the authorities can respond, the industry is slowly waking up to these threats and is looking for appropriate regulation in the matter.”

For shippers, retailers, manufacturers, traders and others, cargo insurance has always been a valuable tool for securing goods in transit. Like all products, insurance products come in varying degrees of quality and reliability. As past insurance coverage disputes have demonstrated, there are some important considerations when determining just how reliable insurance will be when needed most. In the case of cargo insurance, choosing an all-risk as opposed to a named-peril policy provides a much broader scope of protection. In the coverage disputes described below, the all-risk nature of the policy in question is often crucial to the policyholder’s case for coverage.

Cargo can be stolen by pirates at gunpoint, or it can vanish into thin air. As has been recognized in the Second Circuit, “It would appear that all-risk insurance arose for the very purpose of protecting the insured in those cases where difficulties of logical explanation or some mystery surrounded the disappearance of property.” Atlantic Lines, Ltd. v. Am. Motorists Ins. Co., 547 F.2d 11, 13 (2d Cir. 1976) (citation omitted).

Coverage obtains, even where the policyholder could have been more careful. Policyholders can recover for losses under their insurance policies, even where they could have done more (or have been smarter) to secure their property. The majority rule is that all-risk insurance “covers all losses which are fortuitous no matter what caused the loss, including the [policyholder]’s negligence… .” Ingersoll Milling Mach. Co. v. M/V Bodena, 829 F.2d 293, 307 (2d Cir. 1987) (“Ingersoll”).

Tricks, scams and unexplained theft are covered. While it may seem axiomatic that cargo and warehouse insurance protect against losses caused by theft, there have been numerous cases where insurance companies have refused to pay.

In the Dayco case, the policyholder, Dayco, suffered a loss of goods when an intermediary, FTC and Reich, caused Dayco to manufacture and ship goods to and from its warehouse by representing, falsely, that certain contracts existed. Dayco claimed that “FTC and Reich wrongfully appropriated the Dayco goods to their own use… .” 620 F.Supp. at 349. The insurance company refused to pay the insurance claim and argued that “the policy covers ‘direct physical loss…to property,’ and [because] Dayco's loss was in the nature of a credit loss due to theft, [the] loss is not covered.”

The Dayco court rejected this argument, finding that it “totally ignores the nature and plain meaning of an ‘all-risks’ policy, which creates ‘a special type of coverage extending to risks not usually covered under other insurance.’” The Dayco court further ruled that “[a]bsent an express exclusion in the policy, a theft by trick or false pretense would be covered.”

In Farr Man Coffee, the claim involved a coffee dealer promising to deliver coffee that was never received by the policyholder. The insurance company asserted that the insurance claim was one for “conversion of the coffee through fraudulent procurement of warehouse documents [that] is not a covered risk under the Policy.” 1993 U.S. Dist. LEXIS 8992, at *97. The court rejected this coverage defense and held that under an all-risk insurance policy, this was an insurance company’s “attempt to manipulate the relative burdens of proof by claiming that ‘no deception or fraud has been demonstrated.’” Rather, the court held that it was the insurance company’s “burden to prove that the cause of loss constitutes an excluded peril. Plaintiffs, who even defendants admit never received their coffee, can rely on the ‘mysterious’ nature of this physical loss to recover under the Policy, which contains no ‘mysterious disappearance’ exclusion.”

Attempts to Limit Coverage Without an Express Exclusion Are Rejected

Courts are loathe to impose exclusions into insurance policies where the all-risk insurance company could have included a clear and express exclusion to limit insurance coverage for certain loss scenarios. In Farr Man Coffee, the court held that because there was no applicable exclusion in the marine cargo policy, the “defendants must rely on general interpretations of all-risk policies for the proposition that losses caused by fraud are not covered. Unfortunately for the Underwriters, such a proposition is not grounded in law.” The court rejected the insurance company’s arguments and held in relevant part that: “[The] Policy is devoid of any exclusion for losses caused by conversion or larceny by trick. If they intended to exclude from coverage all losses produced by conversion or fraud, the Underwriters certainly could have included such an exclusion in the Policy: The Underwriters could have excluded from coverage ‘loss or damage…caused by or arising out of infidelity or any dishonest act on the part of…any person or persons to whom the property may have been entrusted.’” See Henry Heide, Inc. v. Atlantic Mut. Ins. Co., 80 Misc. 2d 485, 488-89, 363 N.Y.S.2d 515, 519 (Sup. Ct. N.Y. Co. 1975).

As addressed in the Farr Man case above, some insurance policies covering cargo, inventory and other property items contain exclusions for “dishonesty” or “infidelity.” For example, in a recent Second Circuit case, Warehouse Wines and Spirits v. Travelers Property Casualty Co. of Am., No. l 16-2611-cv (2nd Cir. Sept. 21, 2017), the insurance policy covered an inventory of wine but contained an exclusion for “Dishonest acts by [the policyholder], anyone else with an interest in the property…or anyone entrusted with the property… .” The exclusion contained an exception for “property in the custody of a carrier for hire.” Despite the exception to this exclusion, the insurance company still sought to disclaim coverage where 4,100 cases of wine were stolen by a party contracting with the policyholder to provide both warehouse and transportation services.

In rejecting the insurance company’s arguments, the Second Circuit held that the exclusion did not bar coverage even though the wine inventory was stolen while in the warehouse, not while being shipped by the carrier. The court refused to expand the reach of the exclusion just because the wine cases were stored at a warehouse at the time of the loss. See also Camera Mart, Inc. v. Lumbermens Mut. Cas. Co., 294 N.Y.S.2d 941 (Civ. Ct. 1968), aff’d, 316 N.Y.S.2d 421 (1969) (ruling against insurance company that argued application of infidelity clause that excluded from coverage, “[m]isappropriation, secretion, conversion, infidelity or any dishonest act on the part of the assured or other party of interest, his or their employees or agents or others to whom property may be entrusted (carriers for hire excepted)” because the party committing the theft was “not in any respect known to the prospective victim as a customer but was in fact a thief.”); Transcap Assocs., Inc. v. Cigna Ins. Co., Case No. 99-C-5292, 2001 U.S. Dist. LEXIS 26964 (N.D. Ill. Sept. 17, 2001) (construing infidelity exclusion to an inland marine insurance policy narrowly and stating that construing the exclusion broadly “would render the policy a nullity”); but see United Specialty Insurance Company v. Barry Inn Realty Inc., No. 1:2014cv04892 (S.D.N.Y. Sept. 8, 2015) (holding that the dishonesty exclusion precluded insurance coverage for property damage claims where property was deliberately entrusted to a contracting party that used property for unlawful purposes where no fraudulent personation was present).

Just because there are fewer pirates on the seas and fewer highwaymen on the roadways does not mean that the theft of cargo has been contained. Twenty first-century thieves use email, doctored shipping documents, 3-D printers and other technology-enabled methods to defraud shippers and others of their property. Insurance coverage should be available for most of these perils, but that does not mean certain insurance companies will pay up without a fight. Working with a savvy insurance broker and knowing your coverage rights are essential elements of risk management. 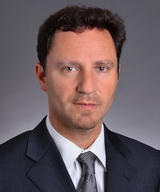 For This GC, Doing More With Less Drives Continuous Innovation

Mark Smolik, General Counsel and Chief Compliance Officer of DHL Supply Chain Americas, assesses the ongoing expansion of in-house legal departments, including how they fit into a business’s overall structure, today and in the future.

Editor: Please tell us about your practice area and what brought you to Kelley Drye. Nambiar: I am primarily a transactional attorney and focus my work in three areas – technology licensing, corporate, and outsourcing transactions. In connection with my technology and outsourcing practice...

SEE ALL ARTICLES ON Manufacturing