To date, 29 states and the District of Columbia have legalized marijuana for medicinal purposes. Some states, such as California, have been grappling with the implications of medicinal marijuana use for several years, while others, such as Pennsylvania, are just beginning to explore the complicated world of medicinal cannabis. As a labor and employment law attorney, when it comes to medical marijuana, the question I am most often asked is, what does medical marijuana mean for our workplace and/or our drug-testing policies?

Given the dearth of state regulations and case law on the topic, this is not an easy question to answer. Generally, however, the answer turns on two things: (1) the medical marijuana legislation in the state(s) in which the company does business; and (2) the company’s overall views on medical marijuana usage. Further clouding the answer is federal law. While a majority of states have jumped on the medical marijuana bandwagon, and nine have legalized recreational marijuana use, the federal government continues to classify marijuana as a highly controlled, Schedule I drug. That is significant, because the federal government has the power to control funding for certain companies (e.g., community health centers) and regulate the business of others (e.g., transportation companies) to utilize the full power of federal law enforcement.

It’s also important to note that federal law essentially governs how medicinal marijuana will be treated for drug-testing purposes. Typically, a drug test cannot be certified as positive until a medical review officer verifies the result. For commercial drivers subject to the Federal Motor Carrier Safety Act, U.S. Department of Transportation regulations state that a medical review officer must verify as positive a confirmed test result for drugs, unless the employee presents a legitimate medical explanation for the presence of the drug in his or her system. The employee bears the burden of establishing the legitimate medical reason for the positive test. Thus, a key question that companies need to ask themselves is, does the use of medical marijuana, pursuant to state law, constitute a legitimate medical reason for a positive drug test?

In an updated “Medical Marijuana Notice” issued in the fall of 2017, the DOT answered that question with a “no.” The DOT’s notice makes it clear that marijuana, in all forms, remains illegal under federal law. The department expects that medical review officers will treat marijuana, whether used recreationally or medicinally, as a Schedule I illegal drug. Accordingly, the DOT notice says that “medical review officers will not verify a drug test as negative based upon information that a physician recommended that the employee use ‘medical marijuana.’ … It remains unacceptable for any safety-sensitive employee subject to drug testing under the Department of Transportation’s drug-testing regulations to use marijuana.”

The implications of medical marijuana use for commercial drivers are now clear. Those drivers may not use the drug for medicinal purposes and maintain their commercial driver’s license (CDL). The department’s expectations for the companies that employ CDL drivers is likewise clear: DOT-regulated employers must maintain “no tolerance” policies, in accordance with DOT regulations, for the use of marijuana by CDL drivers, even when the use is medicinal.

What about drug tests for employees not regulated by the DOT? In practice, the DOT regulations often still apply. The reality is that most medical review officers follow DOT testing guidelines for all drug tests, not just those involving commercial drivers. They do this to ensure consistency and predictability. Accordingly, even when a non-DOT–regulated employee tells the medical review officer that he or she is certified to use medicinal marijuana, the officer will nonetheless certify the test as positive. The officer may include an external note to the employer that the employee claimed medicinal use, but he or she will typically not seek to confirm the employee’s claim or otherwise determine if the employee is a certified user under state law.

So what’s the takeaway on all this? In Pennsylvania, where I practice, some employers were hoping that their drug-testing facilities would help them decide how to handle medical marijuana use by their employees. In other words, if the medical review officer were to deem medicinal marijuana use to be a legitimate medical explanation for the presence of the drug in the employee’s system, then the test would be deemed negative and the employer would be off the hook, so to speak. Unfortunately, employers did not get their wish. Drug-testing facilities will not help employers decide how to handle medical marijuana use. A positive drug test will be a positive drug test, even if the employee was using medical marijuana in accordance with state law. At the end of the day, in cases that are outside the CDL context, the burden remains on the employer to decide, in accordance with its policies, whether and how the employee’s medicinal marijuana use will affect employment status.

As employers take on this burden, they should consider the following:

As a member of the McNees Labor and Employment Practice Group, Denise Elliott focuses her practice on defending self-insured employers in workers’ compensation matters and providing representation and counsel to clients in employment discrimination litigation, ADA/FMLA compliance, and safety and health issues. Elliott represents public and private sector employers in all phases of employment-related litigation and aids employers in investigating allegations of sexual harassment, discrimination and other incidents of workplace misconduct. She can be reached at [email protected]. 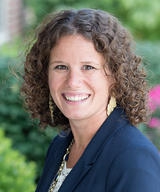 Is Legal Marijuana Headed for the Garden State?

Keya Denner describes how Norris McLaughlin decided to pull from deep within their bench to address the varying needs of clients in the rapidly growing cannabis industry.