Liquidations of struggling enterprises can take several forms. While many people are familiar with the concept of a "bankruptcy liquidation," the structure of a liquidation in bankruptcy may vary depending upon the specific type of case. Additionally, bankruptcy is not the only forum for liquidation of distressed companies, only the most common. This article provides a synopsis of some of the various types of liquidations.

The Bankruptcy Code's ultimate goal as it relates to businesses is to maximize value for creditors. In recent months liquidations, as opposed to reorganizations or going concern sales, have become a common method of achieving this goal. Indeed, even in cases where a substantial portion of the business is sold, the ultimate value to general, unsecured creditors is often derived from the liquidation of other assets.

Many recently filed chapter 11 cases, which presumably began as intended reorganizations, have become going-out-of-business liquidations shortly after filing. Often, the need to liquidate results from a lack of liquidity and increased administrative costs associated with a bankruptcy filing following the enactment of the Bankruptcy Reform Act of 2005 (BAPCPA). In particular, the highest priority (referred to as "administrative status") has been granted to parties that deliver goods to a debtor within 20 days of the bankruptcy filing and appears to have made reorganization more difficult. Such claims must now be paid in full in order to confirm a reorganization plan, whereas prior to BAPCPA, these claims were paid in the same manner as general unsecured claims. In addition, as a result of BAPCPA, bankrupt companies must determine whether to assume or reject their leases much earlier than under prior practice, and have a shorter time period during which they have the exclusive right to confirm a plan of reorganization.

Further, the tightening credit market has made debtor-in-possession financing more difficult. By the time a company files for bankruptcy relief, it is often unable to operate using "cash collateral" and must rely upon financing to complete the bankruptcy process. Where such financing is available, it is often subject to shortened terms, high fees and high rates of interest. Such terms result in pressure on a debtor to quickly obtain cash to satisfy the debtor-in-possession loan rather than the necessary breathing space for a going concern sale or reorganization.

Moreover, the longer a company takes to reorganize, the greater the administrative expenses that must be satisfied prior to a return to general unsecured creditors. In many ways, liquidating a business is simpler and quicker than attempting to make the necessary operational changes and to restructure the many obligations that modern companies have on their balance sheets. Rather than allowing the company the time it would need to restructure, secured and unsecured creditors appear to desire certainty. The pressure to liquidate appears most widespread in the retail sector, where reorganization is especially difficult. Famous retail brands such as Circuit City, Whitehall Jewelers, Linens 'n Things, Friedman's Inc., The Sharper Image, Boscov's, Mervyn's, Steve & Barry's and Bombay Company have all recently liquidated in bankruptcy. Most of these retailers began the bankruptcy process with the hope of reorganizing or selling some stores as going concerns, but were quickly forced to liquidate.

In retail bankruptcy cases, liquidations are typically accompanied by going-out-of-business (GOB) sales. Most often, these sales are administered by an "agent" hired by the debtor that guarantees the estate a certain percentage of the cost value of the debtor's inventory, with a higher recovery possible depending upon the ultimate results of the sales. Several companies may bid at auction for the right to be the debtor's GOB agent. The liquidator typically prices products close to retail at the start of a GOB sale, with prices reduced periodically throughout the sale term until all the inventory is sold. In some cases, liquidators are permitted to "augment" the existing store inventory with other goods. Once the GOB sales are completed, retail debtors in liquidation will typically auction leases and sell any remaining assets, including intellectual property.

Once the assets of a business are substantially liquidated, either the debtor or the creditor's committee will typically propose a plan in order to make distributions to creditors. A chapter 11 liquidating plan often includes provisions for the establishment of liquidating or litigation trusts that will bring causes of action on behalf of the estate. Chapter 11 liquidating plans must be confirmed pursuant to the requirements of § 1123 and 1129 of the Bankruptcy Code. Among the requirements for confirmation of a plan is that administrative priority creditors be paid in full. In the event that insufficient funds exist to pay administrative creditors, the case is referred to as being "administratively insolvent." Administratively insolvent cases are typically converted to chapter 7.

Unlike a chapter 11 liquidation, in which the debtor's management remains in control of the business during the liquidation process, in a chapter 7 bankruptcy case, an independent trustee is automatically appointed at the outset of the case. While a chapter 7 trustee may, under certain circumstances, operate the business of the debtor, trustees typically seek to close the business as quickly as possible, so as to avoid any unnecessary administrative expenses.

In chapter 7 cases, a trustee is typically assigned from a panel of trustees located in the district where the bankruptcy case is filed. The chapter 7 trustee is a private party who is not employed by the Office of the United States Trustee. Chapter 7 trustees are charged with liquidating the assets of a debtor efficiently and receive, as compensation, a commission on the ultimate amount recovered. Chapter 7 trustees distribute the liquid assets of the estate pursuant to a strict priority scheme set out in the Bankruptcy Code.

Another method of liquidating assets is through state law receivership statutes. While the specific rules differ from state to state, a secured creditor typically initiates a receivership action by filing a lawsuit seeking appointment of a receiver. However, a creditor need not necessarily have a secured claim to seek the appointment of a receiver. Typically, courts require that the petitioning party demonstrate that the appointment of a receiver is necessary to preserve the value of the relevant property. Often, the petitioning party identifies the person it would like to serve as receiver and that person's qualifications. Once appointed, a receiver, like a bankruptcy trustee, must act in the best interests of all creditors. His duties, generally, are to marshal the assets of the entities that are "in receivership" and to make distributions to creditors. In some cases, the receiver will continue the operations of the relevant entities for a short period of time.

The powers of the receiver are governed by any underlying contract documents and the orders of the court that appoints the receiver. Accordingly, the order appointing the receiver should specifically set forth receivers duties, powers and obligations. Because state law receiverships are not governed by the Bankruptcy Code or rules, some of the costs associated with a bankruptcy case may be avoided. For instance, a receiver may not need to prepare schedules, monthly reports or other documents required in a bankruptcy case. The court that appoints the receiver supervises the liquidation of assets and distribution to creditors. Once the assets are liquidated and distributions made, the receiver is discharged from his duties, and is compensated, typically at a level approved by the appointing court.

The number of business liquidations is steadily increasing, and the structure of each liquidation may vary depending upon the particular statutes invoked. As the precise type of liquidation can affect a party's rights and ultimate recovery, troubled businesses contemplating liquidation and those doing business with companies that may be forced into liquidation are advised to seek counsel regarding the various methods of liquidation available. 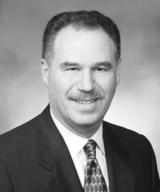