Lessen the Tax Bite When Selling a Business: Strategies to maximize cash out and avoid raising red flags with the IRS

When a business is sold, both the buyer and the seller endeavor to walk away with as much cash on hand as possible. The seller hopes to reap the rewards of years of hard work; the buyer hopes to secure enough cash to keep building the business. But often, lurking tax liabilities can get in the way of “cashing out” to the max, especially for the seller.

In the tug-of-war over cash between buyer and seller, the taxes owed on the sales transaction may enter into the negotiations as much as the selling price. That is why if a business sees a possible sale in its future, the owners should begin planning as early as five to 10 years out.

With the luxury of time, an owner can take steps to minimize tax exposure without raising red flags at the IRS.

Where a business is structured as a corporation, one critical decision to make is whether to remain a C corporation or make an election to be taxed as an S corporation.

· C corporations: At its most basic, the C corporation, not the business owner personally, pays taxes on all income generated.

· S corporations: In an S corporation, the owners pay the income taxes from the earnings of the business in a pass-through situation. Sometimes owners are reluctant to elect to be taxed as an S corporation because it implicates their personal income tax return. This is especially true where the business operates in several states, since owners rarely want the headache of filing tax returns in multiple states.

When a business is sold, a total value is placed on the business, asset by asset. This value determines the amount to be taxed. For example, if the tax basis of all assets is determined to be $100, and the business sells for $500, the seller must pay tax on that $400 gain. If the tax rate is 35 percent, the seller clears $360.

However, in the case of C corporations, the owners still don’t have individual access to that money from the sale. They must first liquidate the company, and that transaction is also taxable. Thus, the business transaction was taxed, and when the proceeds from the sale pass to shareholders, a second layer of taxes is paid.

In a C corporation sale, the gain from the sale of assets is taxed at the corporate income tax rate. The remaining proceeds are distributed to shareholders, and the difference between the liquidation proceeds and the stock basis is taxed at the individual’s long-term capital gains rate (assuming the stock was held for at least one year). Thus, there is a second layer of taxes when C corporations sell and liquidate. With the S corporation, the sale results in gains being taxed only once.

To avoid this double layer of taxes, many new companies forming today organize as S corporations.

So if a C corporation hopes to restructure to minimize its tax exposure without drawing IRS fire, it can consider these steps:

Convert to an S Corporation

Many owners resist this change due to the complications it creates in filing personal taxes, but it can be done. Just keep in mind that the IRS frowns upon companies converting to S corporations immediately before a sale. Businesses must comply with an existing five-year waiting period before sellers can enjoy the full benefits of S corporation status. Sales during that waiting period owe tax as if the corporation had not elected to be taxed as an S corporation.

Attribute Some Goodwill to the Owners or Shareholders

A 1998 court case won by Martin Ice Cream has contributed to the economic value and tax implications of that intangible known as “goodwill.” In the Martin Ice Cream case, the sale attributed some of the company’s goodwill to the business and the rest to the owner, based on relationships built over the years.

The buyer paid the owner directly for his share of goodwill, instead of including it as part of the price paid to the corporation for the business. This allowed the owner to avoid paying corporate-level tax on that portion of the purchase price for the business.

The IRS cried foul, but Martin Ice Cream won in court. Similar cases now withstand IRS scrutiny, but it’s important to remember that goodwill often includes relationships built with vendors and clients – the kinds of relationships often locked up through noncompete clauses. If the owner or shareholder has a noncompete clause in place, the IRS sees goodwill as company property and will challenge any position to the contrary.

Any company considering a future sale should first engage an attorney. Most sales take a year or two to complete, in order to set up the arrangements properly. Waiting until the last minute or disregarding tax consequences at each step can be costly to one side or the other – or both.

Preparing for all contingencies in advance can mean smooth sailing and a satisfying transaction for everyone. 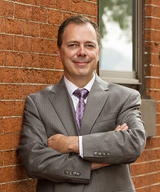